Getting a clearer picture and a better sound

Since 2013, the creators of the Internet portal Culture.si at Ljudmila Laboratory have been running a cousin project called Kulturnik.si, which had its official launch at the end of this November. Though in some important ways akin to Culture.si, it is of a decidedly more general nature. Kulturnik.si is a tool that aggregates a significant portion of original cultural and arts-related web content in Slovenian language. 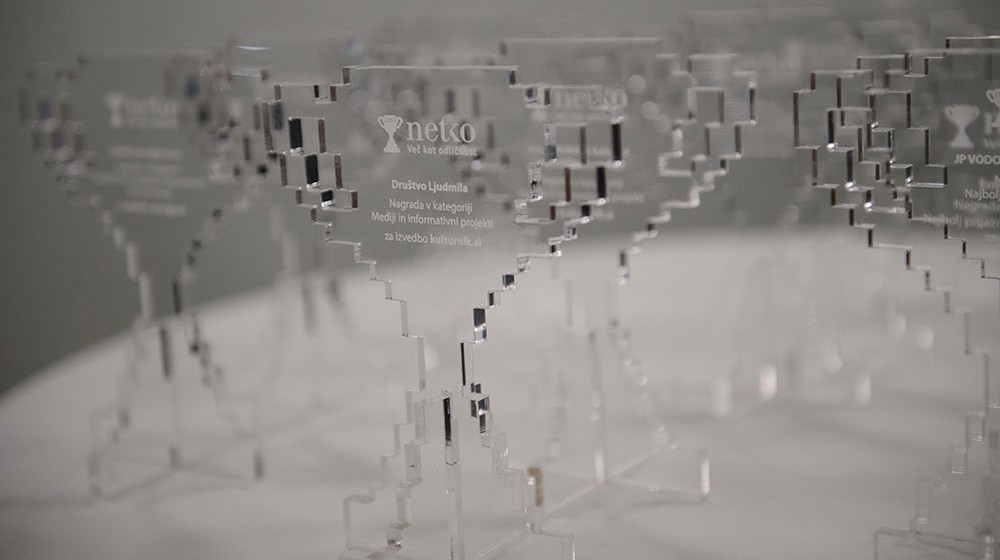 In fact, it is extraordinarily comprehensive and quite possibly covers (or will soon cover) most of the Slovenian language-based Internet databases, news sources and actual events that in one way or another deal with culture.

Kulturnik has just received the Netko award for the best Slovenian digital media endeavour in the year 2015. By extension, Culture.si can proudly claim the prize as well, as the two projects are closely intertwined. Through its vault of articles, Culture.si provides Kulturnik with info on venues and their locations as well as contacts and social media profiles and is also one of the sources from which the Kulturnik (meta)search engine gathers referential articles. Both share a common editorial and development team, thus pooling skills, knowledge, ideas and many a wry joke. And, last but not least, they are tied together by a common agenda*.

An astounding wealth of credible databases on Slovenian culture exist on the web, with most of them one way or another funded through public means. Yet, many of these rich databases were built without a proper understanding of the concept of public domain, using digital solutions that do not adhere to the principles of open source and inter-operability. Thus, although information was accessible, it was accessible in a quite disorderly and disconnected ecosystem of data. Consequently, a lot of tedious work and fine-tuning was demanded for Kulturnik’s search engine to give a reasonably coherent picture of the data available out of the amorphous mass of content.

Creating an oasis of moderate orderliness Even if on its surface Kulturnik is but a neutral aggregator, its conception and day-to-day running recurrently imply all sorts of conscious processing, identifying, grouping and categorising of data. As such, Kulturnik is quite similar to the Culture.si portal in its goal to … well, make some sense out of the chaotic, inconclusive, unfiltered, fragmentary and unauthorised data floating around.

Besides functioning as tools for producing and providing information, Culture.si and Kulturnik are also systematic archives with a built-in capability to track data and subsequent changes to it. The incredible richness of cultural artefacts and the plethora of institutions, practices, histories, communication outlets and production vehicles is now here to stay – all in one place, and not dispersed throughout thousands of Google search pages and private digital gardens. Where Kulturnik and Culture.si also meet is in defying the murky pervasiveness of the “now” and in challenging the impenetrable polycentric feed of the web – and consequently, providing a more nuanced and diverse image of culture on the Slovenian web. Which, it must be said, is richer than we could have ever imagined.

We see this as a just cause and with the full awareness of the enterprise being but a drop in the ocean … the award is well deserved.