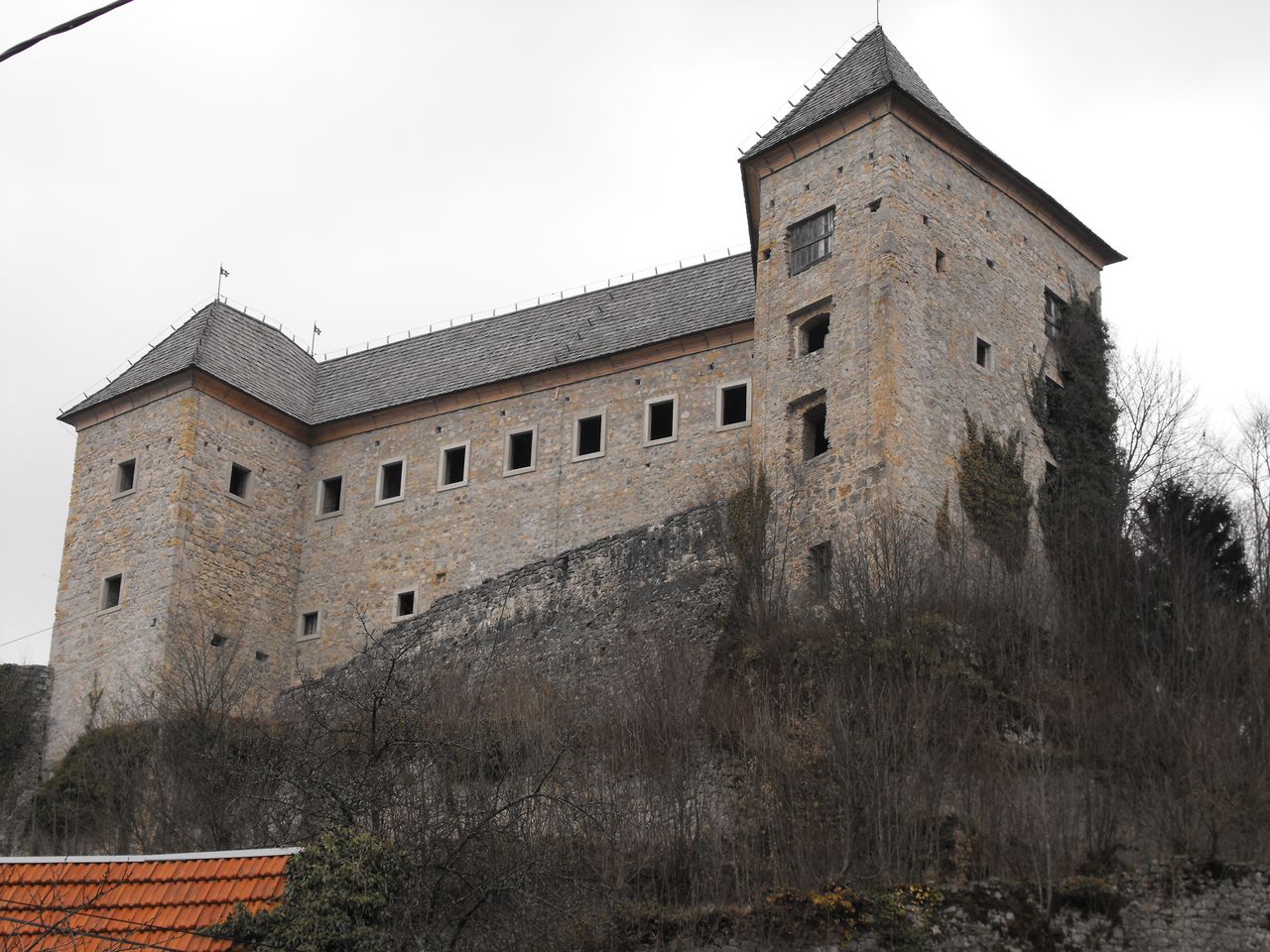 Kostel Castle on a steep hill above the Kolpa River.

Kostel Castle lies above the settlement of Kostel in south-eastern Slovenia, on a steep hill above the Kolpa River. The entire castle complex includes the castle, the settlement and the Gothic church of St. Three Kings. The castle itself forms the second largest castle complex in Slovenia, after the Celje Castle. It is also the only still-inhabited castle complex in Slovenia. Kostel Castle is an important cultural-historical monument, which opened its doors to the public in the beginning of summer of 2018, after two decades of gradual reconstruction.

The Kostel Castle probably existed already in the 12th century, but it was first mentioned in written record in 1336 as "castrum Grafenwarth", which means fortress, a refuge. Its first owners were the Counts of Ortenburg, vassals of the Patriarchate of Aquileia. In 1418, the Counts of Celje inherited the castle and expanded it into a formidable fortress, one of the largest in the Carniola region. At that time, the castle served as a border fortress in defence of the house's landholdings in Carniola, and later in the defence against the Ottoman invasions. After the death of prince Ulrich II of Celje in 1456 and the extinction of the house, the castle was taken over, according to the hereditary contract, by the Habsburgs. Since 1620, it has been in the possession of various owners.

The castle had an important strategic position, as the local area presents the most transitive route across the Kolpa River. During the 15th and 16th centuries, the castle was a border fortification against Ottoman invasions, as it stood along one of the Ottomans' most frequent incursion routes into the Slovenian territory. The Ottomans attacked the castle several times, but they managed to conquer it only in 1578, by deception – dressed up as Croatian peasants and pretending to be refugees in need of refuge. After this incursion, the castle and village were burnt, and only 7 of 300 farms remained. The fortress was then demolished once again in 1809, when Napoleon's troops destroyed it, along with the settlement. The castle was not restored after this, only the so-called Lower Castle, leaning against the walls of the old castle, but it too was burnt down, by Partisans in 1943, so that the units of the enemy Home Guard could not settle there.

In the 1990s, the state of Slovenia began to renovate the castle, and in 2014 it was handed over to the Municipality of Kostel, to its Institute for Culture and Tourism, which brought the reconstruction to its present look.

After the opening in 2018, the castle in its renovated part hosted an exhibition on peasant uprisings, and various events. Chamber concerts, exhibitions, performances and workshops also take place there. 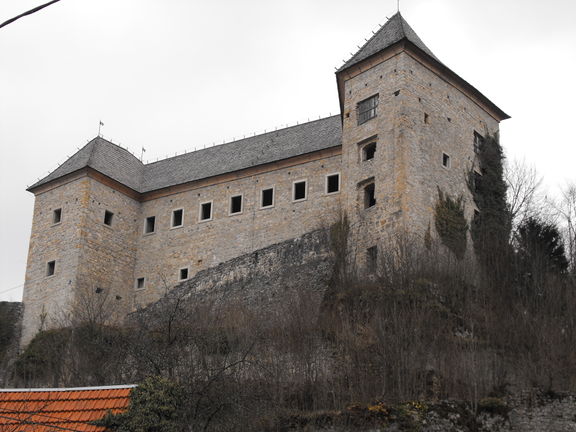