As the name already implies, the Night Window Display Gallery Pešak is a rather special gallery in that one doesn't actually enter it and that its exhibitions can only be seen at night, by way of a telescope that is set on a nearby tower, 20 metres away. The gallery is located on the first floor of one of the buildings at Metelkova mesto Autonomous Cultural Centre, and is "open" till 1:00 AM.

Pešak is run by the KUD Mreža Arts and Culture Association and was established in 2014 as a part of its "Urban Arts Projects", a programme that has been upgrading and diversifying the urban fabric of Metelkova since 2003. Under the auspices of that same programme, the monocular (set on a steel-frame tower) was also created. The initiators and now also curators of the gallery are Damijan Kracina, Vladimir Leben, Terah, Mitja Ficko, Jaka Mihelič, Božo Rakočevič and Anabel Černohorski. 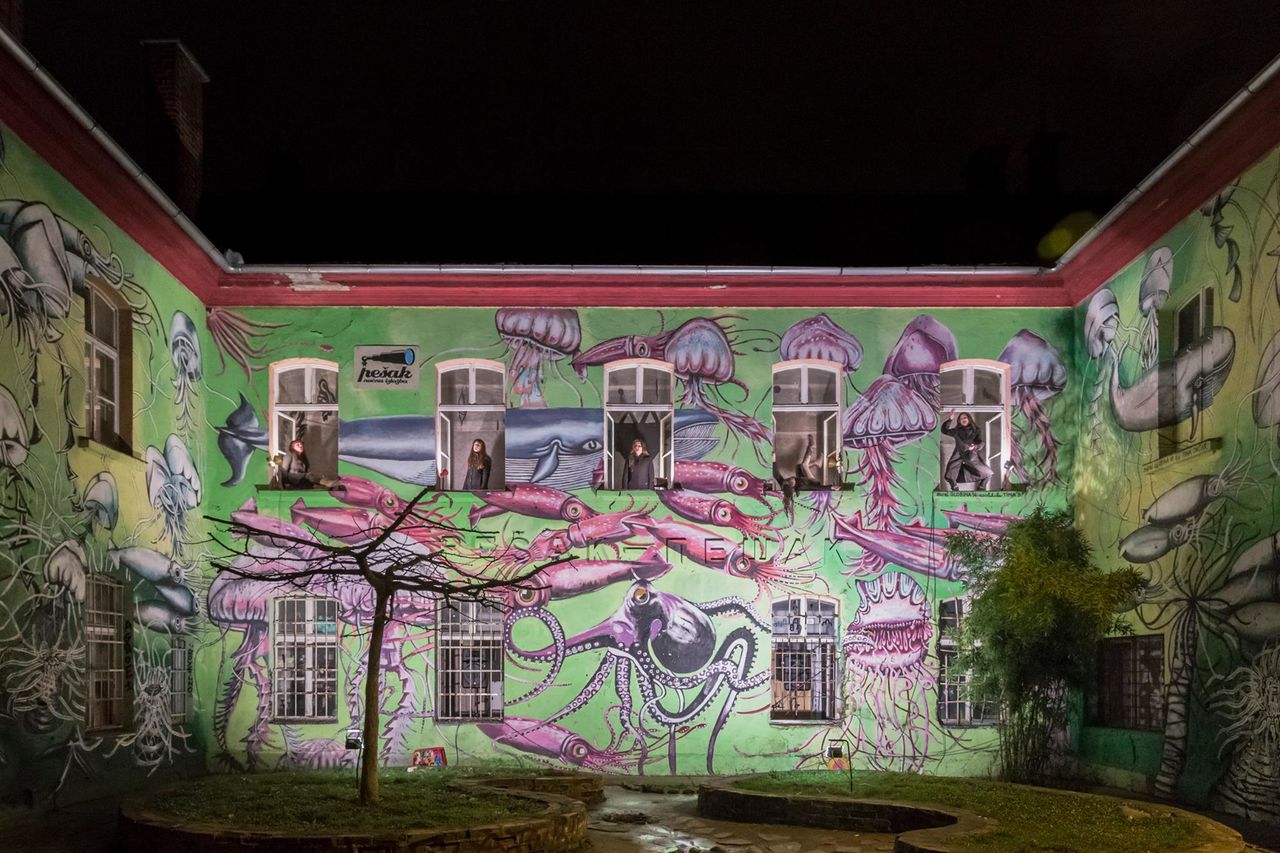 The exhibitions – featuring paintings, comics, sculptures and site-specific works – usually last for one month, and are chosen by the above-mentioned members of Pešak's "arts committee". Most of the artists who have presented their work in this gallery are connected to Metelkova, and amongst them, one can list Marko A. Kovačič, Nevena Aleksovski, Anna Ehrlemark, Goran Medjugorac, Uroš Weinberger, and the initiators themselves. The gallery also features as a part of the Red Dawns Festival programme. 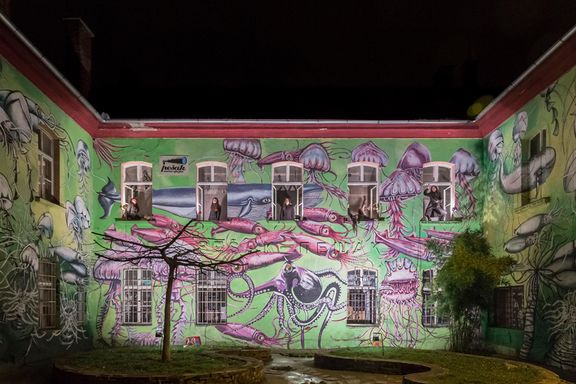 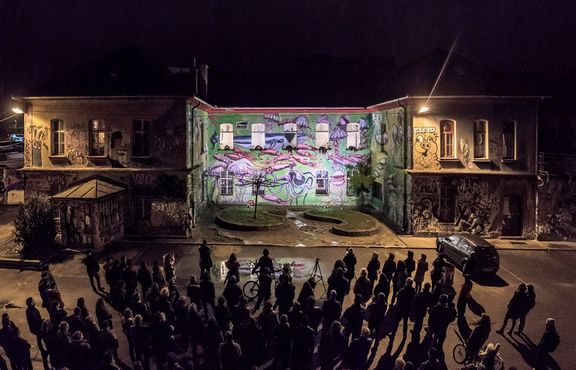