Along with some 30 countries around the globe, Slovenia celebrates World Book Day every year on 23 April, which has been designated by UNESCO as the day of worldwide celebration of books and reading. To observe this occasion, the Slovene Writers’ Association organised the first Slovene Book Day as a one-day event in 1996. Since 1998, the event has grown into a five-day open-air book fair, involving the majority of Slovene publishers. The event takes place in Ljubljana and other Slovene towns.

Although the core focus of the one-week festival is Slovene literature, various other artistic genres are included in the events, offering visitors an in-depth and varied perspective into literature. In certain cities, the festival takes place within the context of lively book fairs.

Among the traditional objectives of the festival are raising awareness about the reading culture, facilitating direct contact between the reading public and authors from different generations, and publicising the achievements of Slovene literature. In recent years, the festival has focused on a variety of current themes and has expanded possibilities for people working in the field of culture. It is also useful for drawing attention to problems that are present, though sometimes repressed, in modern society, such as the faster tempo of life, which in turn raises the question of how to attract people to books and present quality content in a contemporary and attractive way.

Since 1997, Slovene Book Days has taken place not only in Ljubljana but in other Slovene towns around Slovenia, for instance, in Maribor where it is organised jointly with MKC Maribor) in Celje, Novo mesto and Koper. 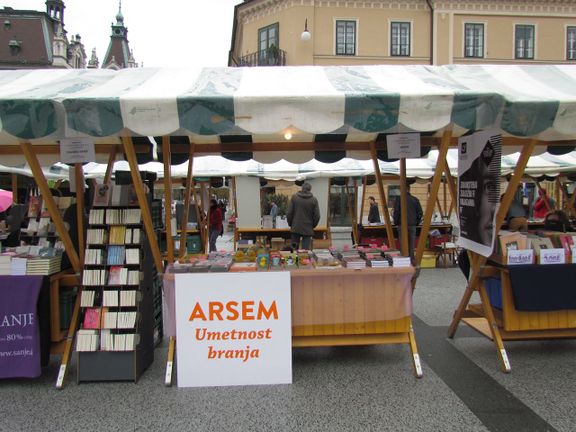