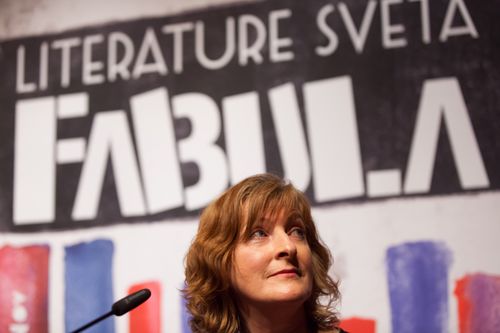 The international Pranger Festival, a meeting of poets, critics, and poetry translators, has been organised every summer since 2004 in Rogaška Slatina and Šmarje pri Jelšah by the KUD Pranger Cultural Association. The festival is named after the "pranger", a medieval pillory or public humiliation device which was set up in the centre of villages in this region, since the festival's concept is to disclose the literary word to the public, from literary critics, theoreticians and translators, to readers and other writers. Meetings, panel discussions and readings of poetry are organised during the five-day event. On this occasion the Slovene Writers’ Association bestows an annual Stritar Award to the most promising literary critic. As of 2018, the main part of the festival is complemented by an international edition in autumn.

In Autumn 2019 the Translation Pranger Festival was launched in Maribor.

The following 19 pages are in this category, out of 19 total.

The following 53 files are in this category, out of 53 total.