Days of Poetry and Wine Festival 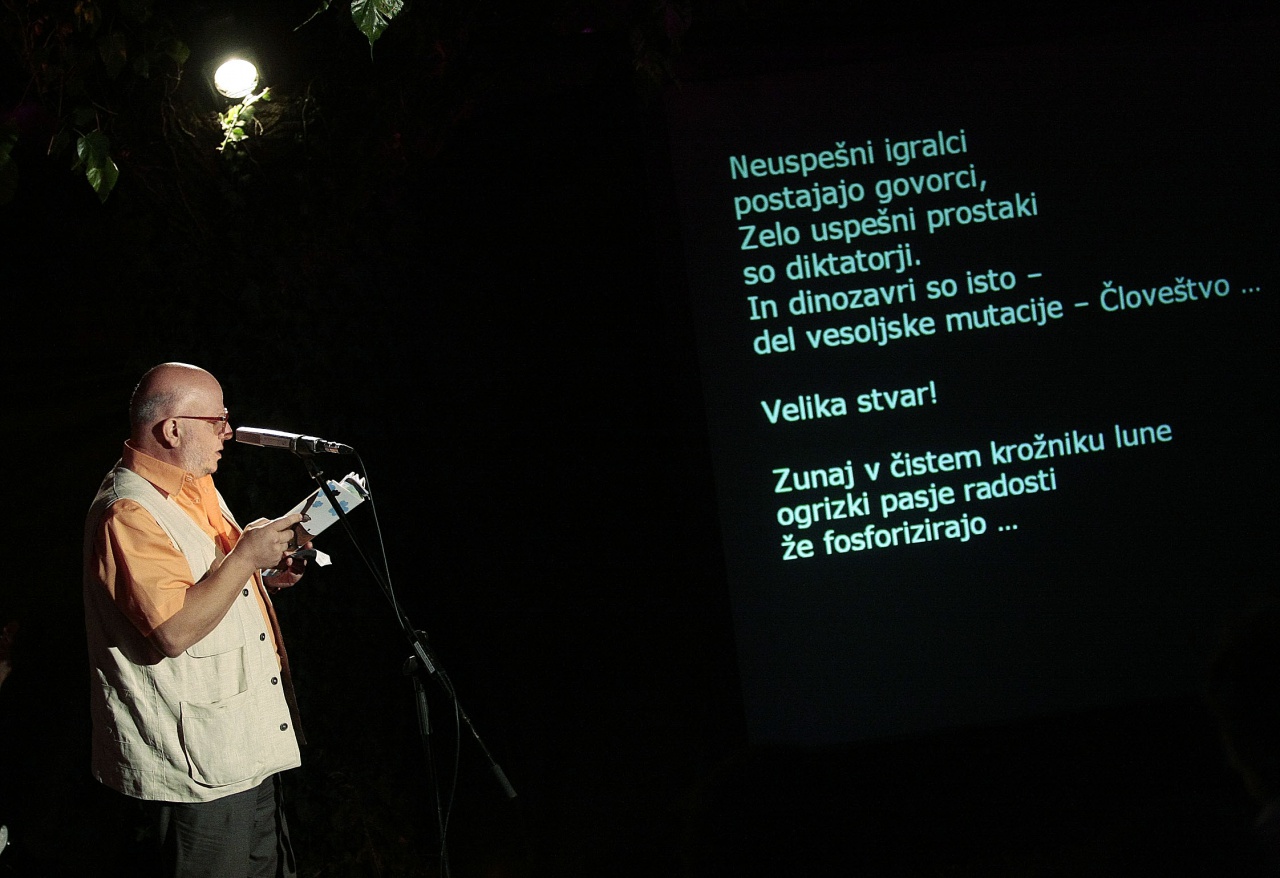 The Days of Poetry and Wine Festival is a festival that hosts the younger generation of poets from all over the world. Up to 2009 it took place in Medana (a village in Goriška Brda next to the Italian border) during the last week in August, basically turning the village into the poetry capital of Europe for a week. In 2010 the 14th edition of the festival moves to Ptuj, a historical town of Roman origin in eastern Slovenia, one of regional partner cities of Maribor, European Capital of Culture 2012. Since then the festival takes place in Ptuj. It is run by Beletrina Publishing Institute.

The festival was initiated in 1995 by the Študentska založba Publishing House, Ljubljana. It has since expanded to offer more than just poetry and wine: it features numerous concerts, a selection of recent Slovene films, contemporary dance performances, street theatre, visual and spatial interventions, a programme for children ... Among its goals are to examine intersections between poetry and other art forms and to provide an opportunity for discussions between authors and local and international publishers on different topics. 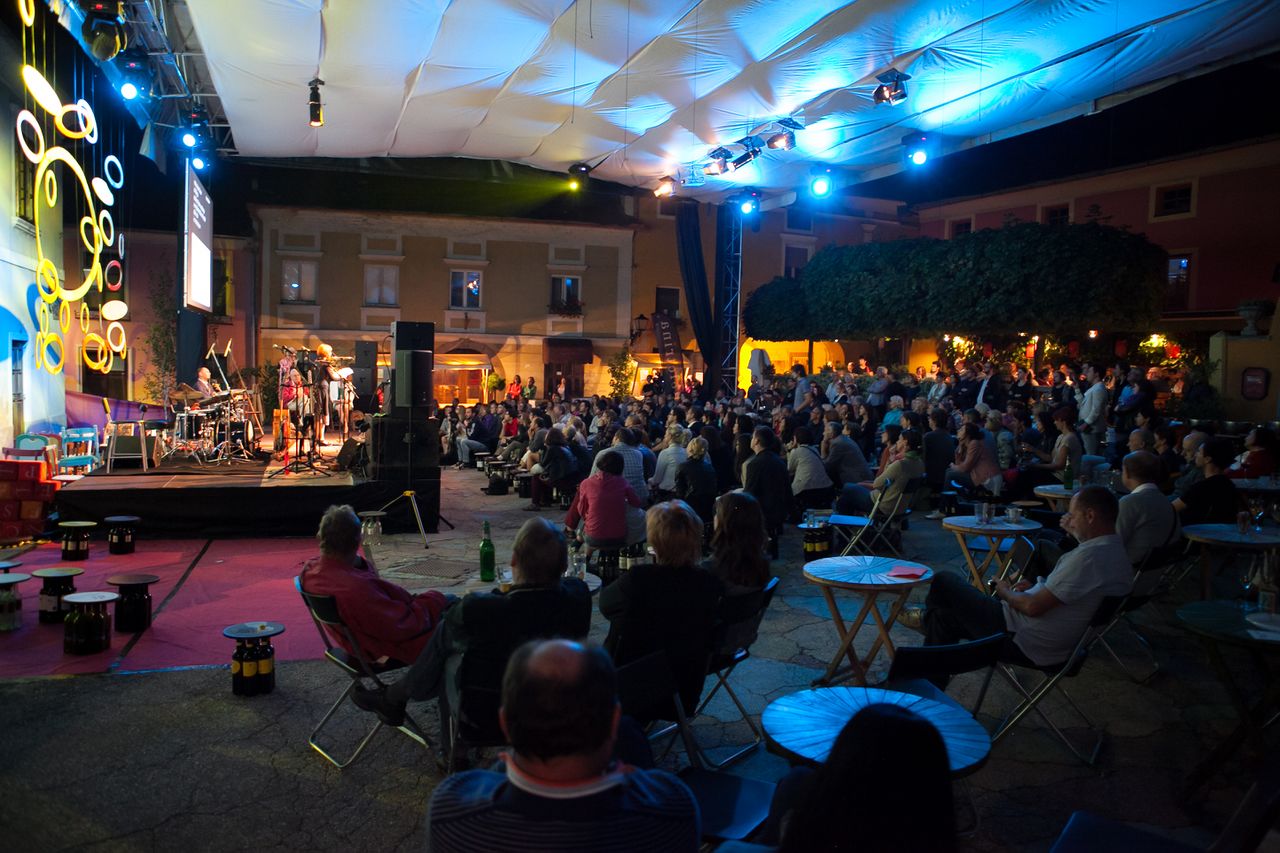 Days of Poetry and Wine Festival, the festival central stage on the Vraz Square in Ptuj, 2014

The festival has also seen some notable guests, actually modern poetry classics: Lars Gustafsson from Sweden and Paul Muldoon from Ireland, were followed by Rumen Leonidov from Bulgaria and Durs Grünbein from Germany in 2009. Since 2011 guests of honor were: French poet and mathematician Jacques Roubaud and Rumanian author Nora Iuga along with Slovene modern classic Tomaž Šalamun, Dutch poet and author of books for children Toon Tellegen, Polish poet Andrzej Sosnowski and Slovene poet Milan Jesih, in 2014 Tomas Veclova, a Lithuanian poet, Elke Erb, a translator, literary critic and a wilful poet from Germany joined by Svetlana Makarovič. Študentska založba sometimes took this opportunity to publish collections of their poetry. 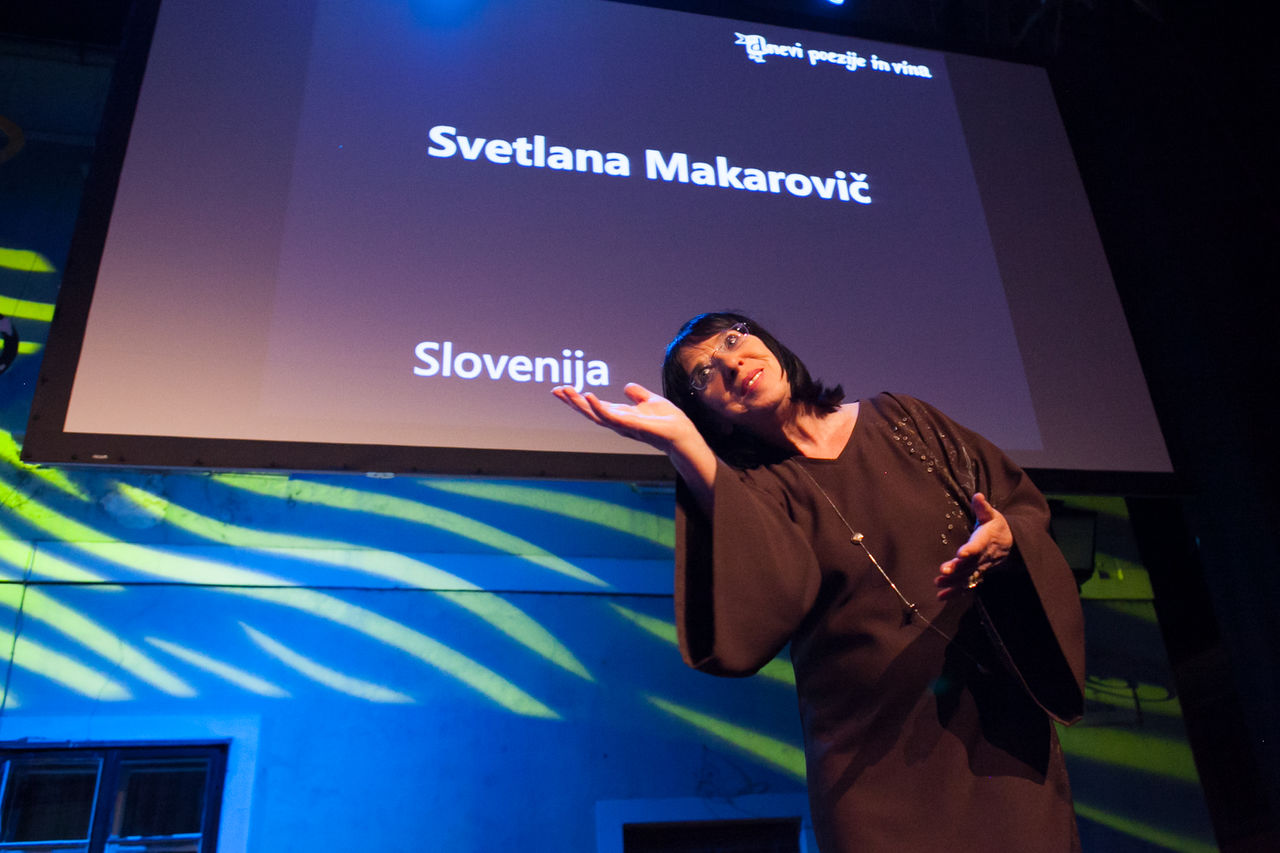 Svetlana MakaroviÄ, a honorary guest of the Days of Poetry and Wine Festival in Ptuj, 2014

In 2014 the festival featured 20 poets from 12 countries selected by Ilya Kaminsky, an American poet of Russian origin, and Lucija Stupica Enbohm. The festival focused on contemporary Swedish poetry and its translation.

In 2017, Days of Poetry and Wine, one of the most prominent Central European poetry festivals, launched the Open Letter to Europe project in collaboration with Berlin-based Allianz Kulturstiftung. The letters from the project are addressed to Europe, or, perhaps, to the whole world, and aim to bring the language of art, thought-out, precise and rigorous, back to public discourse. Each year, the art director of the festival, with their team and in collaboration with Allianz Kulturstiftung, selects a preeminent poet or thinker and gives them the unique opportunity of addressing Europe and presenting the problems they consider the most pressing.

Before the official start of each year's festival that since 2010 takes place at Ptuj, the participating poets take part in an event named Evenings before Days and present their work in other towns all over Slovenia. In 2012 poetry readings were held in Ljubljana, Vrba, Volče, Krško, Ormož and Kortina at Krkavče. 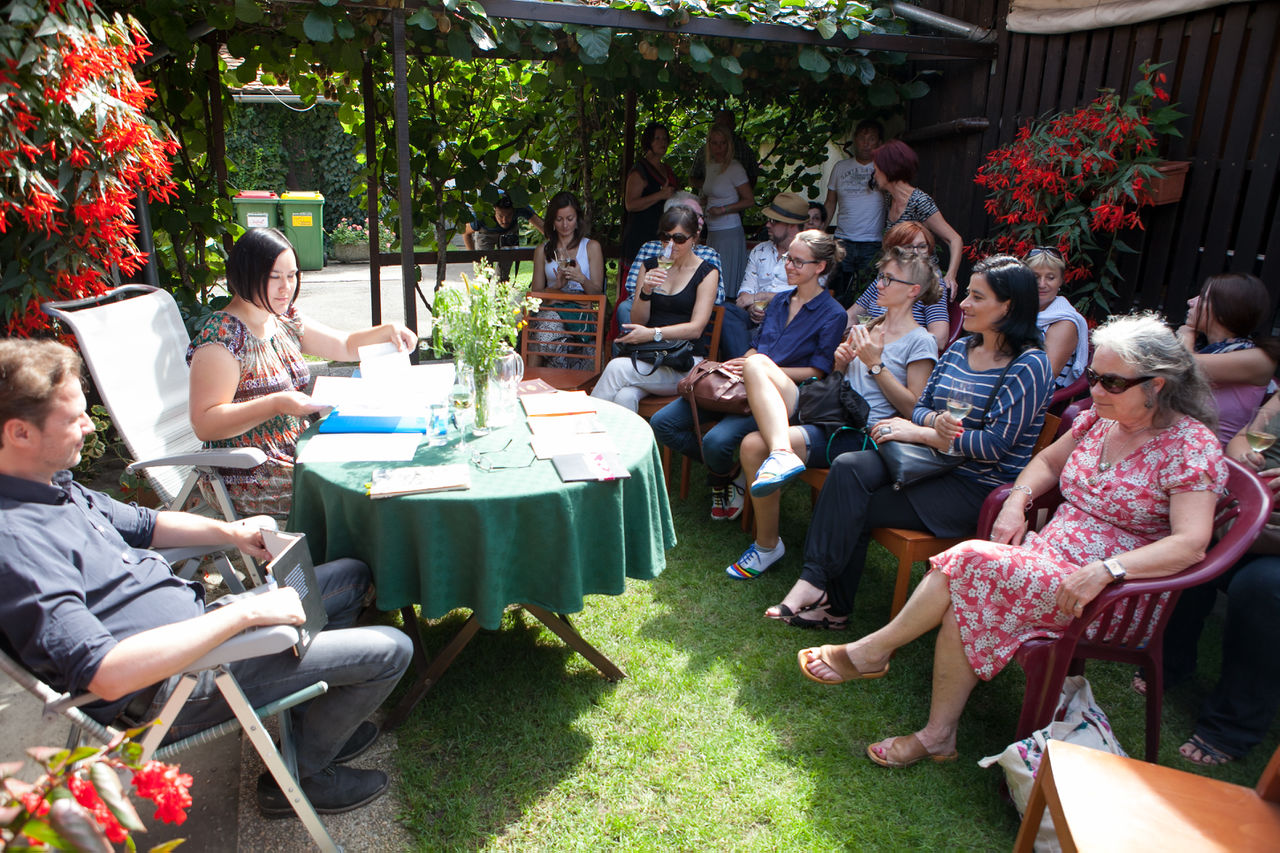 At Ptuj a genuine contact is established between the locals and their guests, as part of the program called private readings takes place at gardens and homes of the locals. Full board and lodging is provided for all guest poets of the festival, along with the expenses relating to the program (the invited participants are expected to cover only travel expenses to Ljubljana).

The bilingual booklets have been published with the poetry of each guest in the original and Slovene language. Thus visitors can make their own compilation of their favorite poets.

The poems are presented also on the portal Versoteque.com (Stihoteka.com in Slovenian). The portal has become the largest Slovene poetry database complemented by the poetry of all the poets who visited the festival. The poems are published in the original language, Slovenian and English. 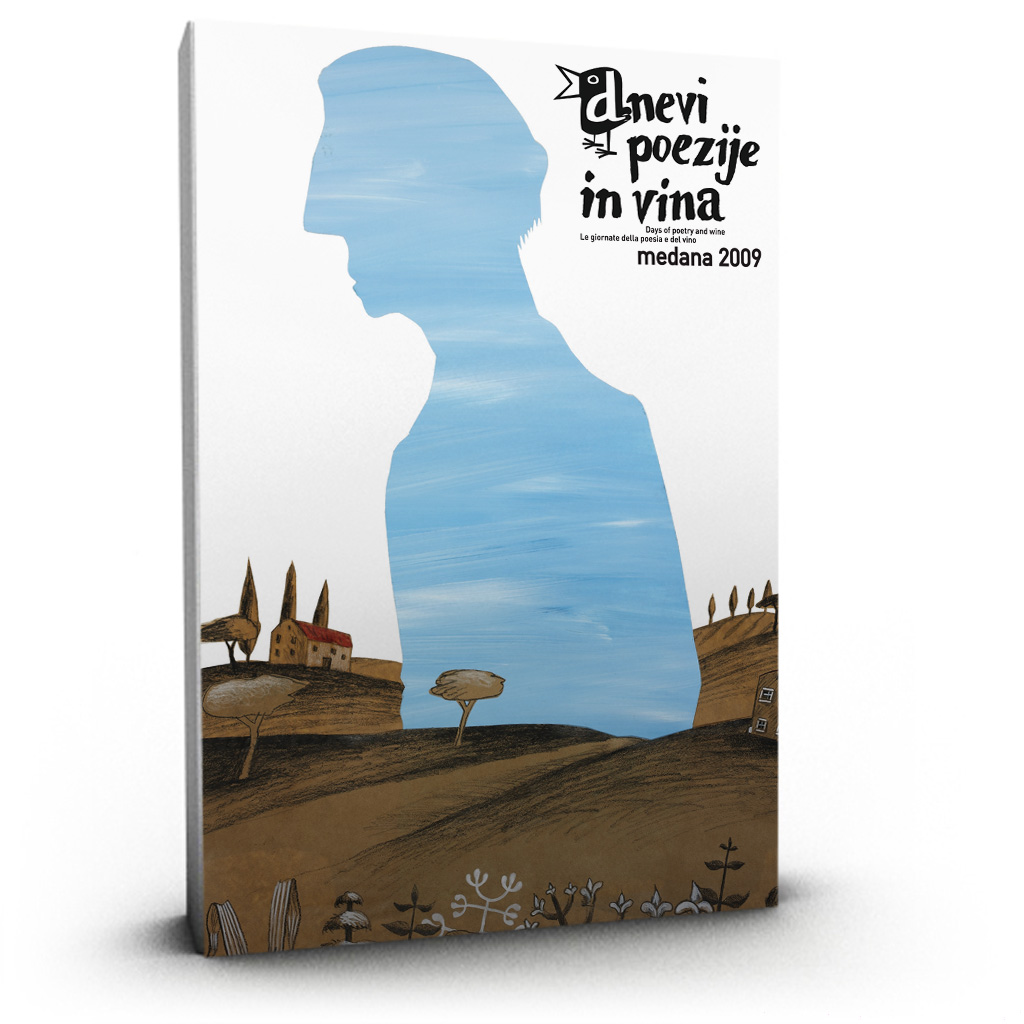 In 2010 the festival moved from Medana to Ptuj, whose location between Graz and Zagreb makes it ideal for international cooperation when it comes to both poetry and wine. The event has had many sponsors in recent years, next to the Ministry of Culture and the EU Culture program, and also cooperate with different European organizations like Allianz Kulturstiftung and EUNIC. 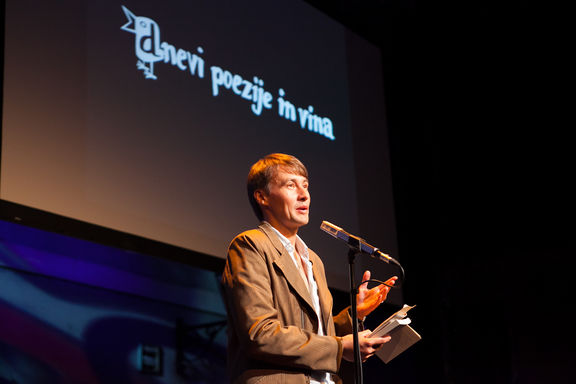 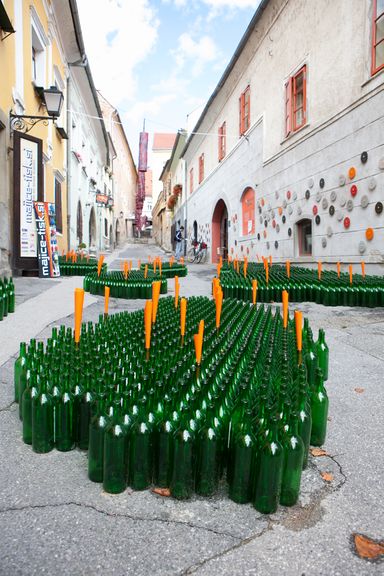 Poetry Meadow, a public installation by Stanka Vauda Benčevič and Tjaša Čuš for the Days of Poetry and Wine Festival in Ptuj, 2014 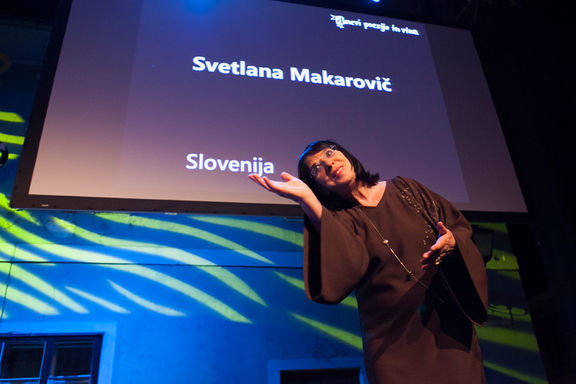 Svetlana MakaroviÄ, a honorary guest of the Days of Poetry and Wine Festival in Ptuj, 2014 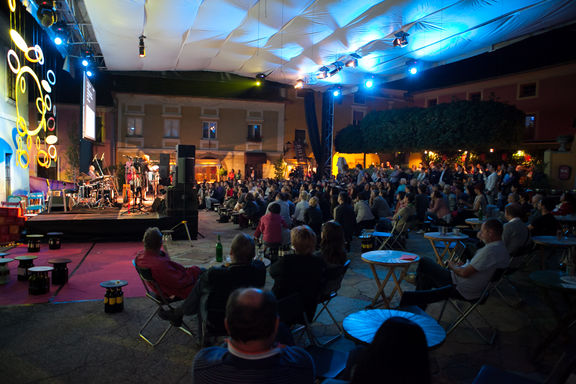 Days of Poetry and Wine Festival, the festival central stage on the Vraz Square in Ptuj, 2014 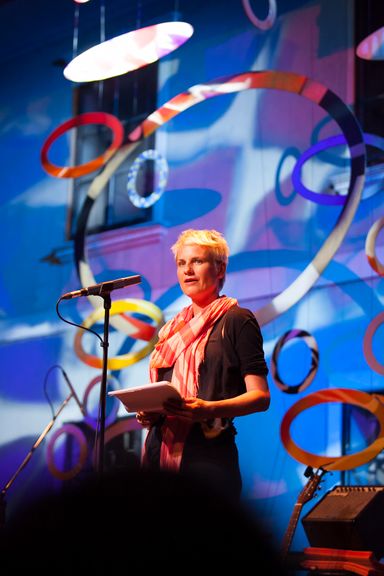 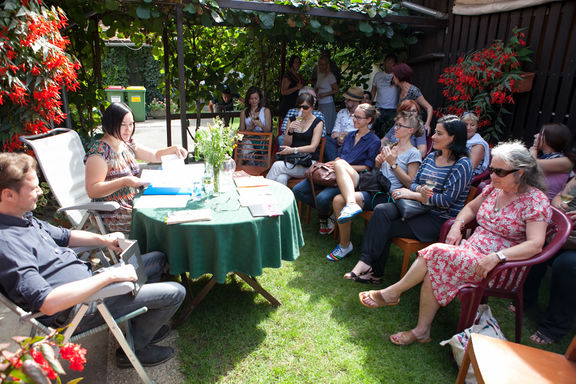 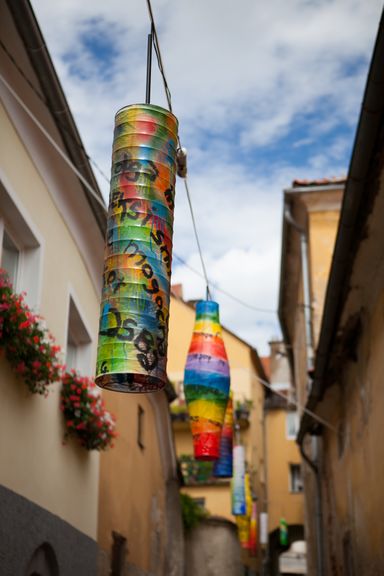 Days of Poetry and Wine Festival decor in the streets of Ptuj that lies in the heart of one of most fascinating wine-growing regions of eastern Slovenia, 2014 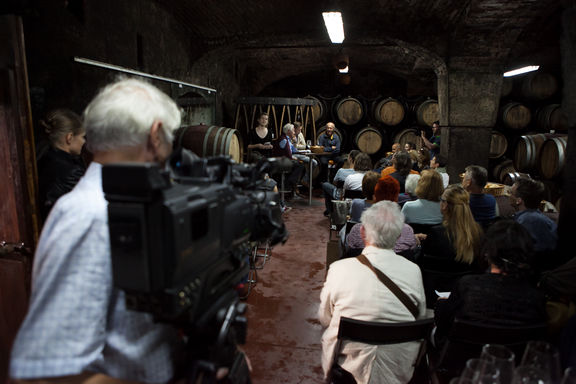 One of the so-called Wicked Tastings with the invited literary guests and vintners, in an intimate local space, Days of Poetry and Wine Festival, 2014 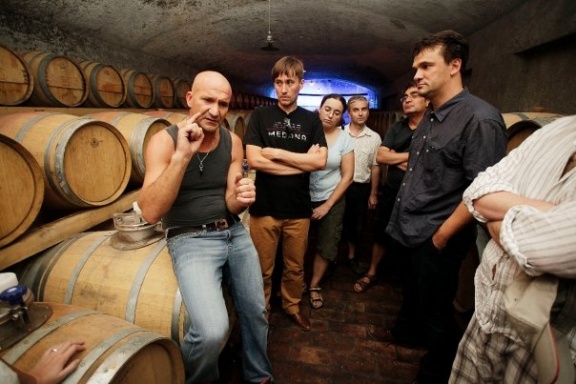 A comprehensive multilingual volume of the participants' poetry and a special festival bottling of vintage wines accompanies each festival. Wine tasting, Days of Poetry and Wine Festival 2009 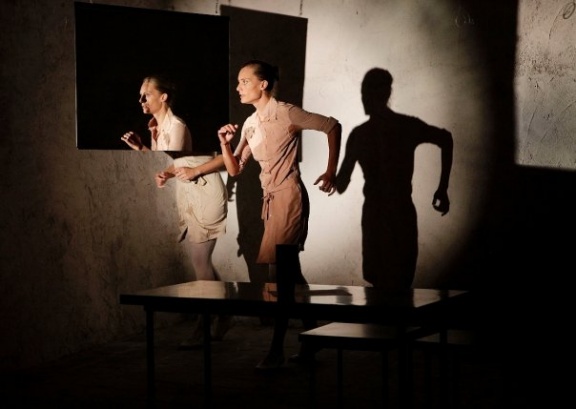 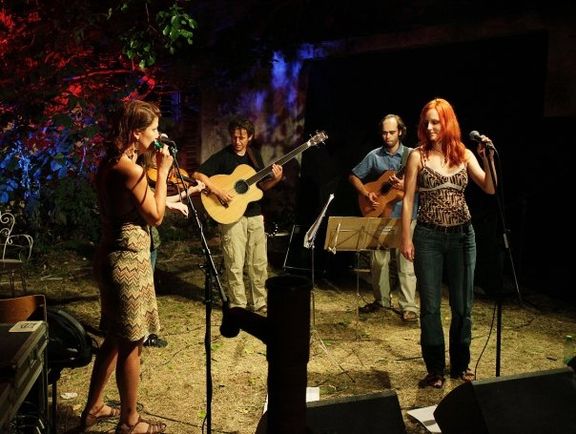 Poetry and music at the Days of Poetry and Wine Festival in Medana, 2009 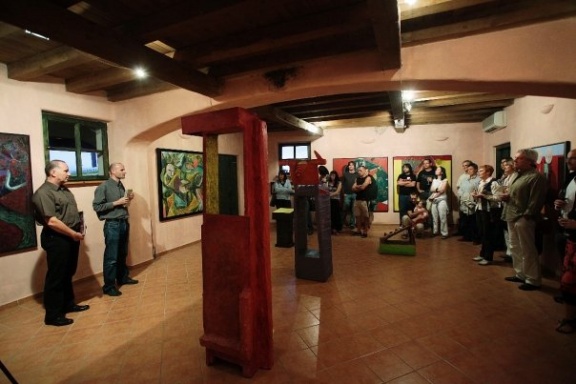 The festival has poetry as its basis and features multilingual readings accompanied by concerts, films, performances, exhibitions and art installations. Exhibition opening, Days of Poetry and Wine Festival 2008 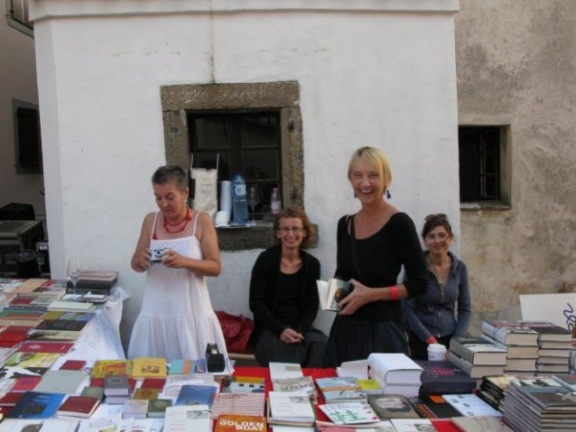 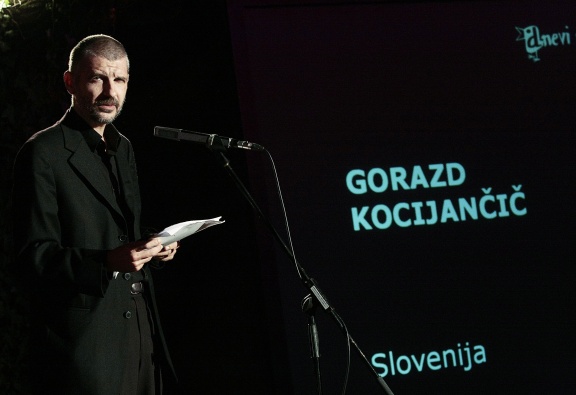 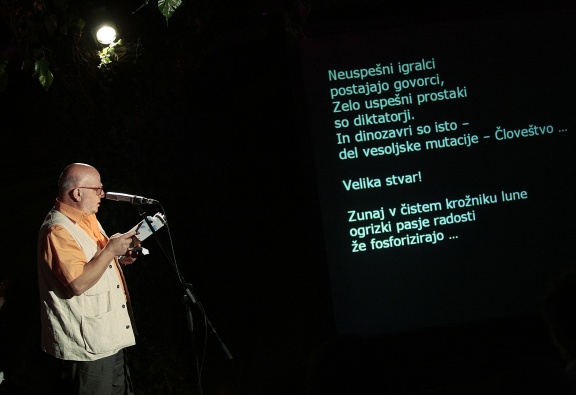 +
Logo url
http://www.culture.si/images/5/5c/Days of Poetry and Wine Festival (logo).svg +
Organised by
Beletrina Publishing Institute +
Post
SI-2250 Ptuj +
Region
SI-2 +
Role 1
Festival Head +
Street
Vrazov trg 1 +
Teaser100
The Days of Poetry and Wine Festival is a festival that hosts the younger generation of poets from all over the world. +
TeaserImg