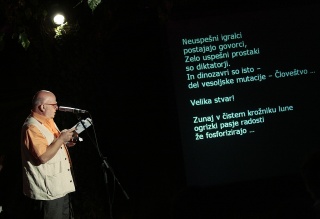 The publishing activities started in 1996 when the Student Organisation of the University of Ljubljana founded the Študentska založba Publishing House. Since then it was one of the most productive Slovene publishing houses. It published about 50 titles each year and prides itself on its choice of quality literary works. The main criteria for its work was that the writing is innovative, fresh and radical. The book editions Beletrina or Koda have got acclaimed and popular. The publisher placed great importance on international cooperation; each year about 20 of Študentska založba books were published abroad.

In November 2009 the Beletrina bookshop was opened in central Ljubljana. Študentska založba publishes also the quarterly ČKZ Magazine for Critique of Science, for Imagination and New Anthropology and the online magazine AirBeletrina.

Študentska založba also produces the annual Days of Poetry and Wine Festival and World Literatures - Fabula Festival - in May 2010 under the sign of World Book Capital Ljubljana 2010.

The programme of the publishing house began in 1996 and has been rapidly increasing ever since.

Its first two book editions, Translations and Scripta, offered an interesting study of literature that is still popular today. In 1997 it launched the series Claritas and Koda; the Claritas series covered translated texts from the field of philosophy, political science, sociology, history (Seneca, Hume, Moore, Brentano, Cassirer, Arendt, Siedentop) and contemporary texts by Slovene authors (Janez Strehovec, Igor Škamperle), while Koda focused on cybernetic culture and other sciences related to information society, bringing more than 20 publications (covering basic theories by the likes of Debord, Benjamin, Harraway, Sloterdijk, Negri and Hardt) to a Slovene readership. In 2010 the two series were consolidated into one (Koda), which is now the publishing house's main series focused on humanities.

Since 2003 Študentska založba has published the book series Beletrina, a collection which covers titles of original literary works by Slovene authors and international authors in translation. 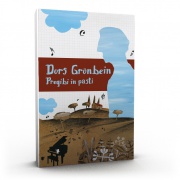 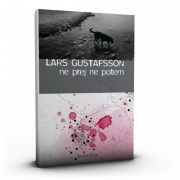 Franz Kafka's Metamorphosis and Other Stories, a new translation by Štefan Vevar, 2008