It is the largest antiquarian book retailer in Slovenia and is quite well-known abroad. The bookstore buys and sells old, rare and precious books in Slovene and other languages (including Greek and Latin). Trubarjev antikvariat also buys and sells old maps, postcards and prints.

An auction selling some of the most precious objects is organised two or three times a year. Here, one can also find reasonably-priced second-hand books in several languages.

The atrium of Trubar's Antiquariat is a popular venue for chamber music concerts and literary events.

Trubar's Antiquariat received the state medal of merit, for high professional work in making books accessible and contributing to the reading culture.

The founder of the Antiquariat was Štefan Tausig, an eminent bibliophile who developed it up to 1969. During his period, the Antiquariat moved in 1965 into the 18th-century house opposite to the City Hall where it is located today. Expert heads at Trubar's Antiquariat were also Marjan Podgoršek (1969–1981) who received the Schwentner Award for his lifetime achievement in the field of book culture, and Stanka Golob (1981–2010) who also received the award. 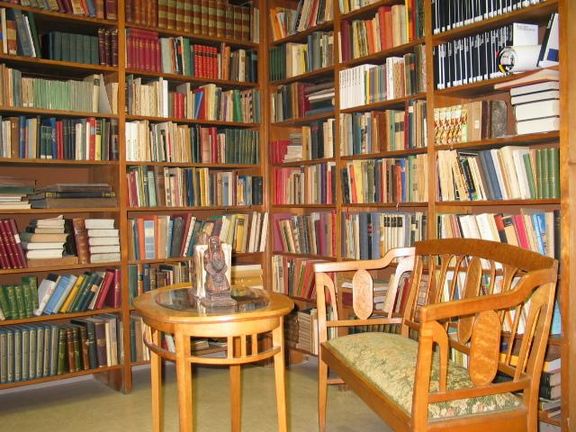