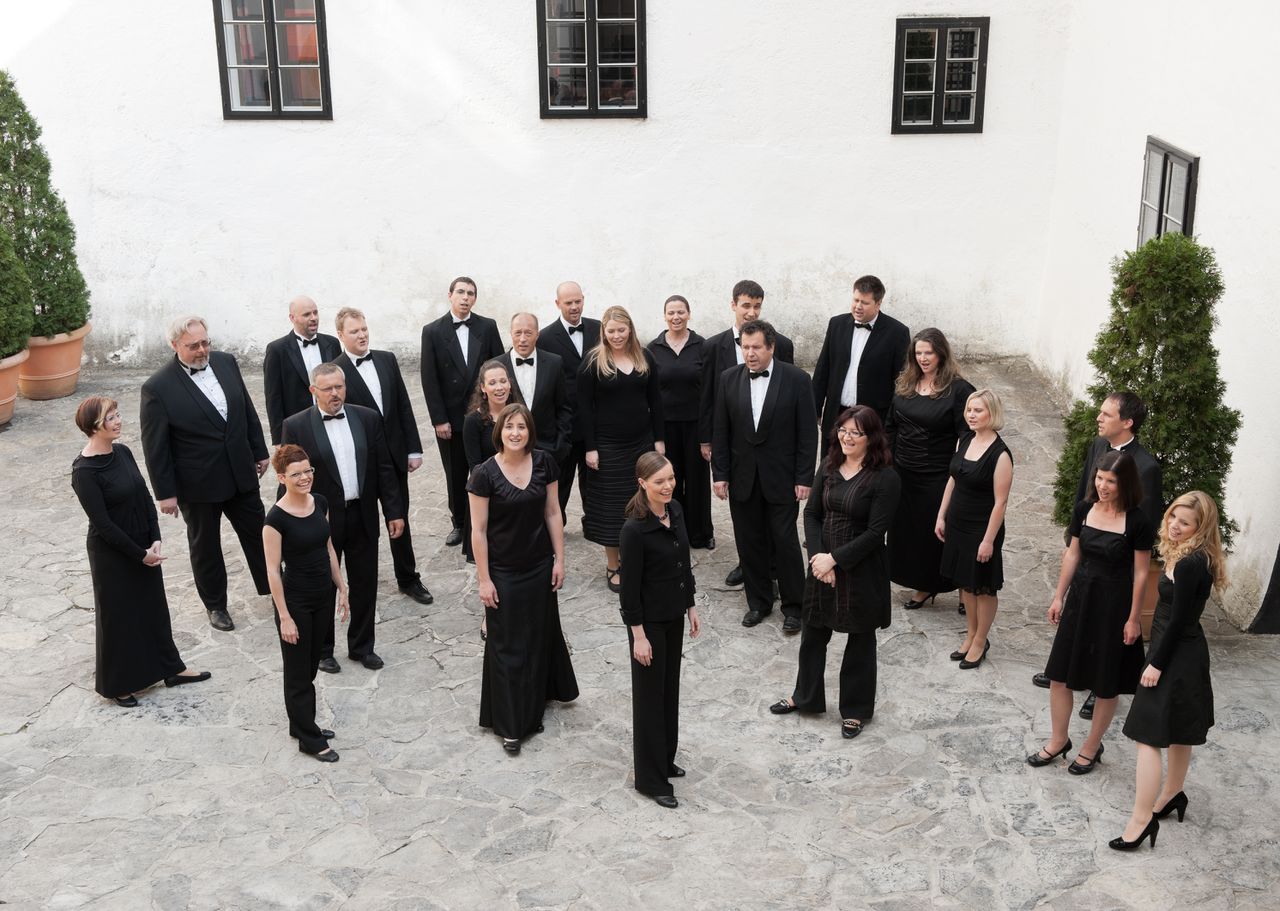 Originally established in 1984, the Ave Vocal Group later became the Ave Chamber Choir, and under its conductor Andraž Hauptman it quickly gained recognition in the world of Slovene and European vocal music. It received the Župančič Award of the City of Ljubljana and the Prešeren Foundation Award in 1994, and has since received the highest prizes in competitions and festivals around Europe and the USA. Its conductor since May 2011 has been Jerica Gregorc Bukovec.

The chamber choir was founded in the parish Ljubljana-Vič, from where it expanded under the direction of Andraž Hauptman with concerts all over Slovenia and abroad. The choir has grown in number and in stature comprising members of diverse nationalities. In 1995 it was selected as a demonstration choir for the European Symposium of Choral Music under Swedish conductors Eric Ericsson and Gary Graden. The choir has presented its elaborate repertoire at concerts in Germany, Austria, Italy, France, Belgium, Spain, Greece, Macedonia, Denmark, Estonia, and the Vatican, as well as beyond Europe in Egypt, South Africa, the USA, Canada, Argentina, and Chile.

The choir's repertoire consists of a varied array of secular and sacred music as well as Slovene folk songs from the regions of Istria, Carinthia, and Prekmurje. Included in their programme of classical music are the works of J.S. Bach, Mendelssohn, Schubert, Poulenc, Antonio Lotti and Sven-David Sandström. The choir has also performed many pieces by Slovene composers of the 19th, 20th and 21st centuries, for example, Blaž Arnič, Uroš Krek, and Lojze Lebič, and has recorded much of its repertoire on all together 8 CDs. The recorded repertoire mostly encompasses sacred music by different composers with one CD entirely dedicated to the work of 19th-century Slovene composer and Franciscan monk Hugolin Sattner. Other CDs also comprise Christmas carols and folk songs as well as Clytus Gottwald’s transcription of Mahler’s orchestral song I am Lost to the World.

Recently, the choir concluded a series of projects in cooperation with the RTV Slovenia Symphony Orchestra, and among them three videos in which the choir performs the music of Mahler, Stanford, and Lebič. Other events included the performance of Joseph Haydn's The Seasons in Nova Gorica and in Cankarjev dom in Ljubljana with the RTV Slovenia Symphony Orchestra, as well as the traditional Christmas concert. 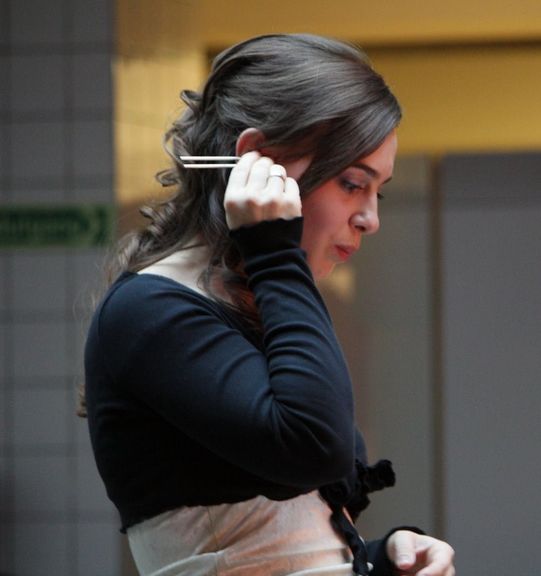 Portrait of Jerica Gregorc Bukovec checking for pitch, artistic director and conductor of the Ave Chamber Choir since May 2011 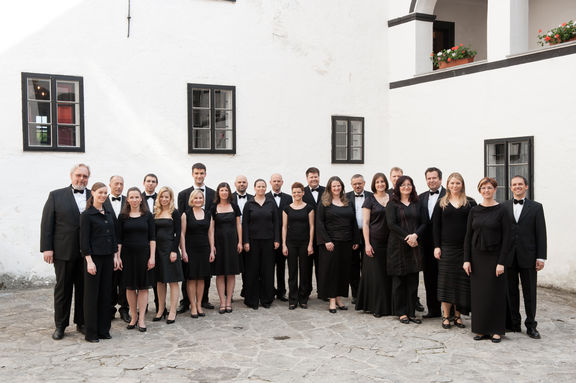 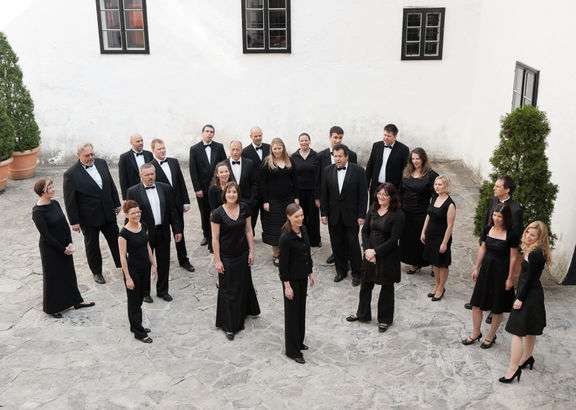 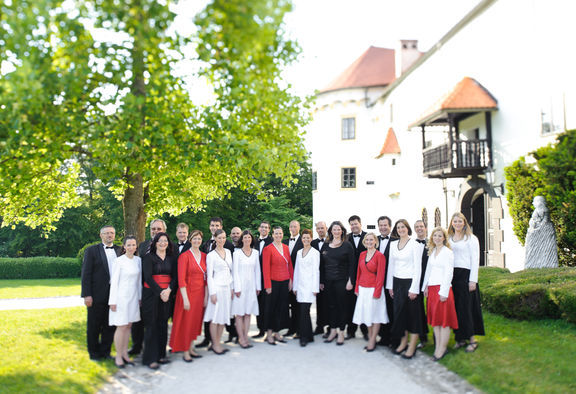