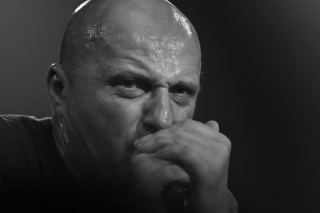 Demolition Group was formed in 1983 under the name Gastarbeiters (also Gast'r'bajtr's). They were the noisiest and hardest-working funky band during the 1980s and 1990s in Slovenia. At first they started – together with Silver Baracudas – as a studio faction group of the then well-known and witty pop group Gastrbajtrs, playing their own variation of white funk. As Gastarbajtrs, the group released two LPs in the former Yugoslavia.

In 1986 Gastarbajtrs transformed its music into a fusion of heavy rock, funk and electronic rhythms and changed its name to Demolition Group. In 2011 the veteran band held a concert in Ljubljana's Kino Šiška Centre for Urban Culture to release their newest and long-awaited album Planet starcev [Planet of old men].

Demolition Group has performed at many important European festivals, including Druga Godba Festival (1986), San Remo Rock (1988), Biennial of Young Artists from Europe and the Mediterranean in Barcelona (1987), Berlin Independence Days (1989), and others. Soon after its appearances in 1986 the group was signed to the Italian label Cruisin' Hiara Records (Modena), for which it released two albums, both of which were promoted in most European countries. Demolition Group's music has been an energetic fusion of electronic and acoustic drums, rock and funk-oriented guitars, neurotic saxophone and distinctive vocals of the singer/songwriter Goran Šalamon.

For a short period of time, the band members Pegam brothers, Jože (saxophone, clarinet and trumpet) and Matjaž (drums) were hired as musicians by Laibach. Later this role was fulfilled by the group's bass player Nikola Sekulović.

In 1993 the group released a hit CD entitled Bad Gag 2. Six months later it released a mini CD called Demolition Group plays Gastarbeiters. With these albums coupled with its appearance on the compilation CD of Kraftwerk remakes Trans Slovenia Express (Mute Records, London), Demolition Group again confirmed that it belongs to the first class of modern Slovene popular music. The album Deep True Love, released in 1995, was a collaboration between Demolition Group and Mladinsko Theatre, where the band wrote music for three plays directed by Matjaž Pograjc. The album was voted Record of the Year in Slovenia and Demolition Group was declared Band of the Year 1995 in Slovenia.

In January 1999 Demolition Group made a feature film called Dark Angels, directed by Sašo Podgoršek, who has also directed all of the group's videos. The band wrote the script, played the main roles and wrote the music score. Neovangelij was released in April 1999 and the remixes for this album were done by the Random Logic. Bič Luč+Upanje, released in 2001, focuses on the voice of Šalamon.