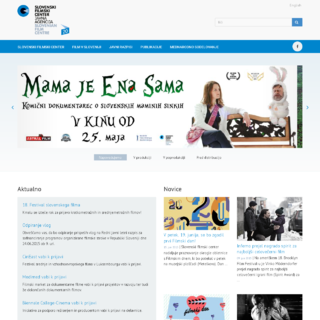 Being not just the principal public film funder involved in all major Slovene film productions, but also the public institution that takes care of the promotion of Slovene cinema at home and abroad, the Slovenian Film Centre runs a website which offers all sorts of information regarding Slovene cinema and is regularly updated with news about films in pre-production, production or post-production, public tenders, retrospectives, screenings at film festivals and awards won by Slovene film makers. The website also provides the lists of all Slovene production and distribution companies, institutions working in the field of cinema, film festivals, magazines, TV stations and cinema halls. A fully searchable database of Slovene cinema is included in the website. All information is available in Slovenian and English languages.