Established in 1946 with a collection of 2,816 books, the library in Idrija had already acquired its current name, the Idrija City Library and Reading Room, in 1922 as the history of organised reading goes back to the mid-19th century. Since 1971 it has been located in a 1,080 square metre building on St Ahac Square, where it offers 120,000 items to around 5,500 registered readers. It has 13 employees and 3 branches, in Cerkno, Spodnja Idrija and Črni vrh respectively.

Since 2015 the library manages also the Film Theatre Idrija (Filmsko gledališče Idrija), the oldest theatre building in Slovenia (cf. link below), organising film screenings and theatre productions and concerts of a smaller scale.

In 2007 the library received a donation of 225 books of British literature by the British Council Slovenia following the active participation of secondary school children from Idrija in the Reading is Cool project promoting reading culture.

In order to promote cultural life in the Idrija region, the library regularly organises exhibitions of paintings or photographs, and serves as a venue for art and reading events for children and adults. 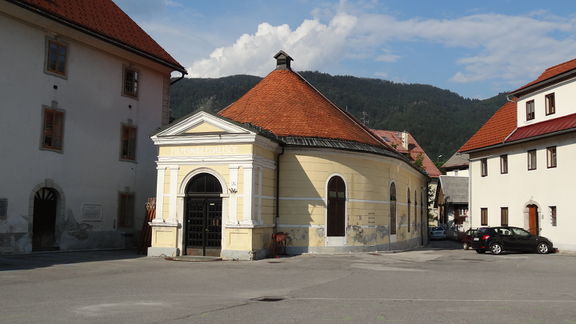