The Jewish Cultural Centre (JCC) in Ljubljana was founded in 2013 with the aim of promoting Jewish heritage, it also serves the social life of the city's Jews and international visitors. It presents its programme through theatre and puppet performances, concerts, lectures, festivals, traditional events and other social gatherings. In close partnership with Mini Theatre, Ljubljana's theatre for young and post-drama performances, founded in 1999 by Robert Waltl and Ivica Buljan, the Jewish Cultural Centre is the epicentre for events promoting tolerance, inclusion, history and education.

Considering the complexity and historical neglect of the Jewish presence in this territory, as well as the contemporary history of Israel and the diaspora, the Jewish Cultural Centre tries to encourage visitors to re-think history and try to understand it better. Its educational mission presents a multitude of facets related to the Holocaust and its profound effects on society, with a belief that examining the Holocaust will help people reflect on the uses and abuses of power, as well as the roles and responsibilities of individuals, organizations and nations, as they confront violations of human rights.

The Jewish Cultural Centre's programme covers six areas: a library, a museum, the Festival of Tolerance, the European Day of Jewish Culture, the Holocaust Remembrance Day and the public lighting of Hanukkah candles.

Starting in 2015, the annual House of Tolerance Festival features a dynamic mix of international films, art exhibitions, lectures, round tables and youth education. Another annual event is the European Day of Jewish Culture, a Europe-wide programme supporting the appreciation of Jewish culture organised by the European Association for the Preservation and Promotion of Jewish Culture and Heritage. Since 2013, the event has been organised in Ljubljana, with topics ranging from "Jewish Heritage and Nature" in 2013, to "Jewish Languages" in 2016. Since 2013, the Jewish Cultural Centre also hosts the annual streetside public lighting of Hanukkah candles.

Since 2014, the Jewish Cultural Centre participates in the Holocaust Remembrance Day on 27 January, an international memorial day commemorating the victims of the Holocaust, the genocide that resulted in the death of an estimated 6 million Jews, 1 million Roma, 250,000 mentally and physically disabled people, and 9,000 homosexual men by the Nazi regime and its collaborators. In order to memorialise the Slovenian Holocaust victims, the Jewish Cultural Centre reads aloud the 526 names of all the known Slovenians who died during the Holocaust.

The library and museum 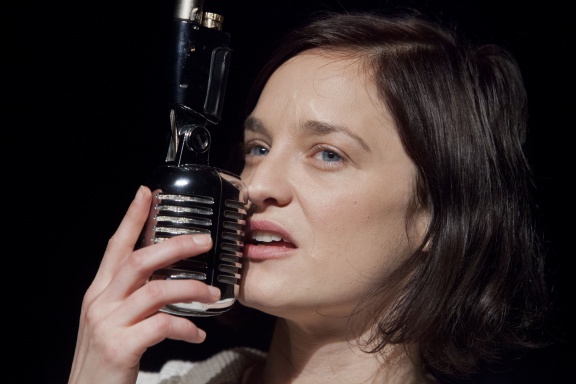