The Lendava Synagogue is one of the three synagogues still remaining in Slovenia. Along with the Maribor Synagogue, one of the oldest synagogues in Europe, the Lendava Synagogue (built in 1866) functions as a historical monument and a cultural centre. Since 2013 it hosts also the Slovenian Holocaust Museum with a permanent exhibition on Jews in the Prekmurje region. The third synagogue, the smaller praying centre at the Ljubljana Town Hall, serves for religious purposes. 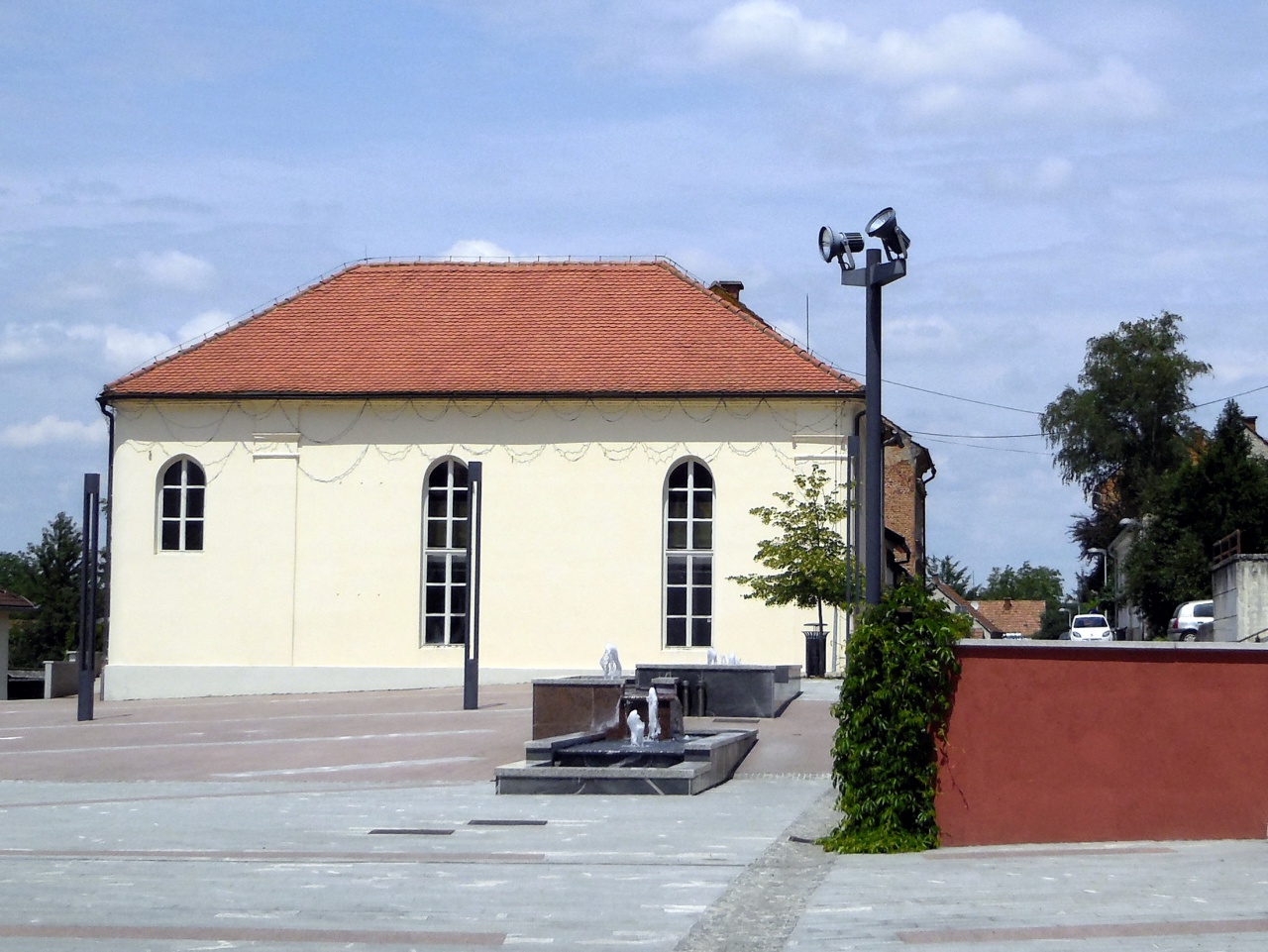 The Jewish community of Dolnje Lendava began construction of the synagogue, which is now one of the two preserved synagogues in Slovenia in 1866. Until 1944 the Lendava Synagogue served as religious centre for Jewish people from the Prekmurje region. It had room for about 140 worshippers. After the building was neglected for several decades after 1944, it was renovated in the 1990s. Next to the synagogue there was also a Jewish school which was demolished in the end of the 1990s and a residence for the rabbi. In the nearby Dolga vas one can still visit a Jewish burial ground, the only one preserved in the region.

Since 2013 the synagogue has featured also a permanent display on the history of Jews from the Prekmurje region, combined with temporary thematic exhibitions, focused on personal memorabilia and the impact of particular families on the development of the town of Lendava. 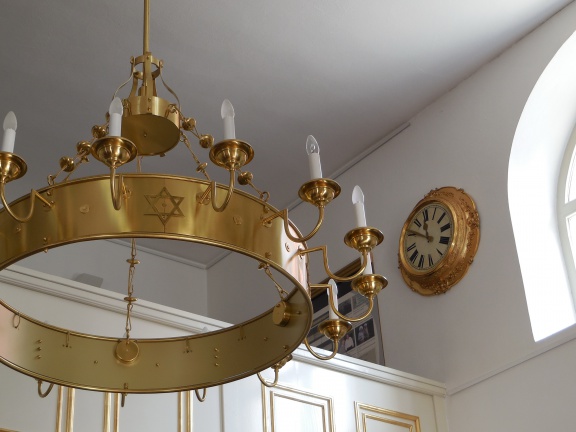 The interior of the Lendava Synagogue. The clock on the wall is the only remain of the original fittings. 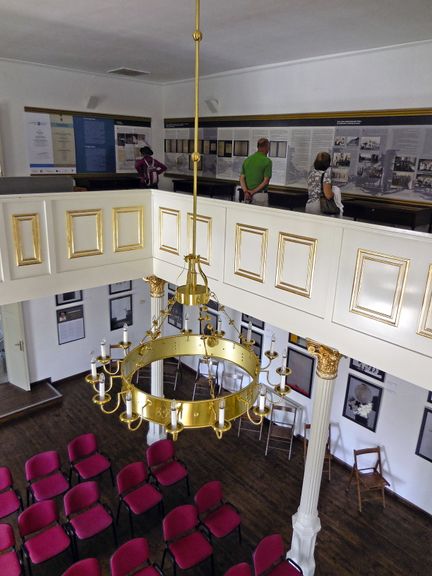 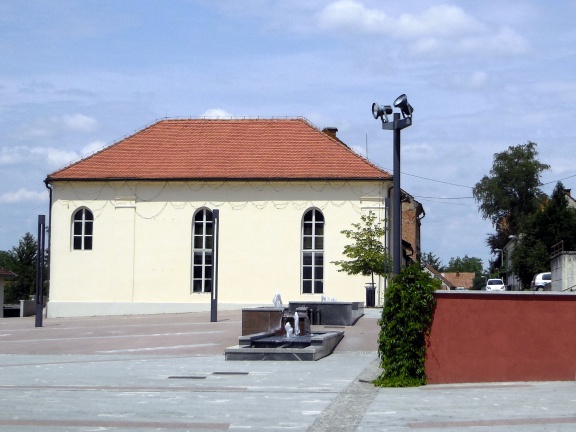