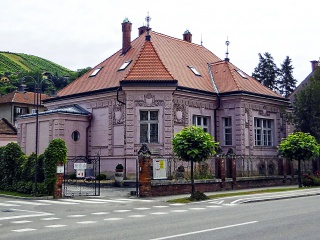 Operating in a bilingual territory, the Lendava Library was co-founded by the Municipality of Lendava and the Hungarian National Self-Governing Community of Pomurje Region Lendava-Lendva. It is located in the Oskar Laubhaimer's neo-baroque villa built in 1906. The library has branches in Hotiza, Sr. Bistrica, Črenšovci, Velika Polana, Turnišče, Kobilje, Odranci, Dolina, Dobrovnik, Gaberje, Genterovci, and Petišovci.

In addition to adult and young adult departments, members can use the reading room, or access the materials on the region featured in the local collection department. Its collection of books, magazines, and other material is available in Slovenian and Hungarian.

Story-telling hours, puppet shows, workshops, literary evenings, exhibitions, lectures, and other events held at the library and its branches are likewise conducted in both languages. It also collaborates with libraries in Hungary.