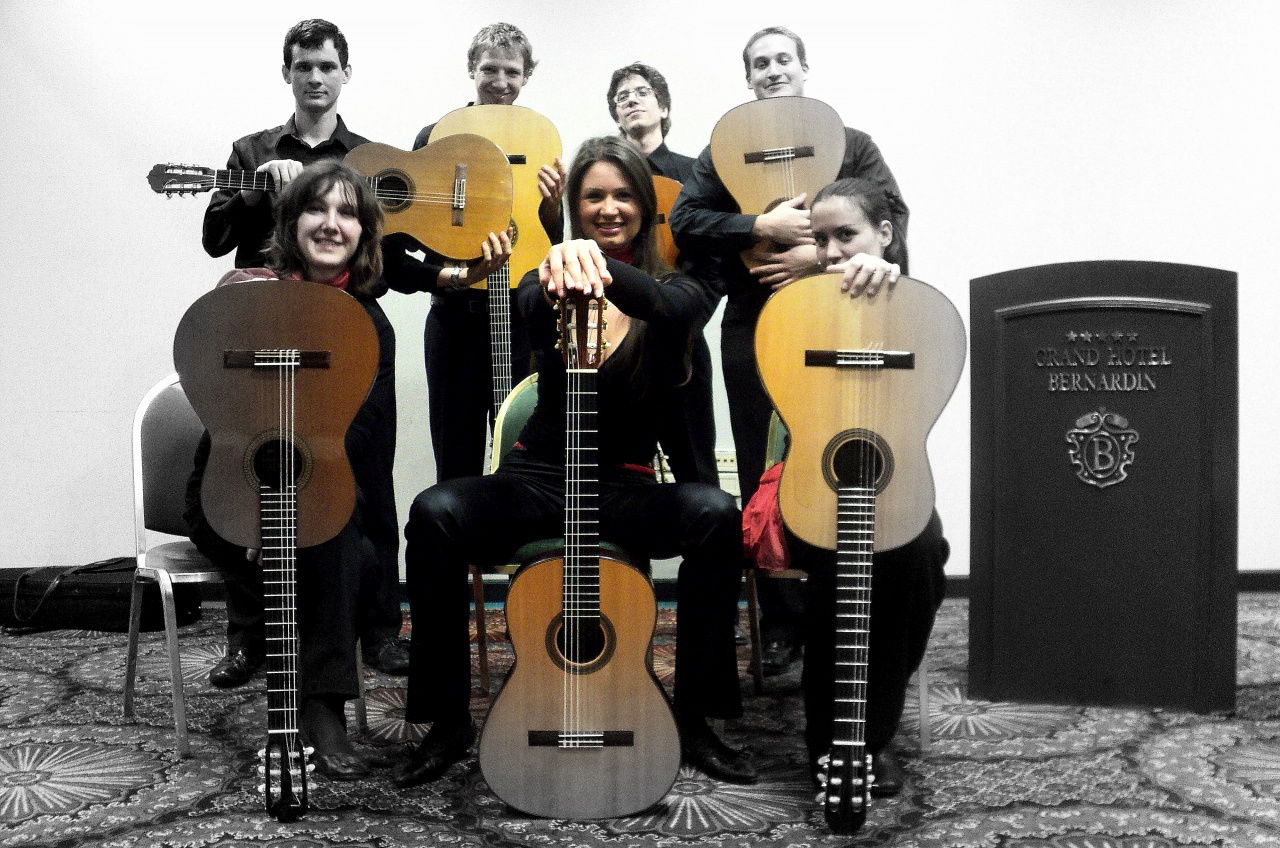 Ljudmil Rus Guitar Orchestra group portrait after a performance in Portorož at the Grand Hotel Bernadin, 2010

The Ljudmil Rus Guitar Orchestra was established in 1963 under the leadership of guitarist and composer Ljudmil Rus (b. 1933). It is one of the oldest guitar orchestras in the world. Since then more then 100 guitarists (mostly students from the Academy of Music and other faculties of the University of Ljubljana) have played in the orchestra. Some of them are renown musicians such as Tomaž Rajterič, Gregor Avsenik, Mladen Bucić, Katja Porovne Silić, Uroš Usenik, etc. The orchestra, consisting of 11 guitar players, has a broad repertoire which ranges from Baroque to contemporary symphonic music, opera, oratorio and cantata, theatre and film music, by Slovene and foreign composers. Its performances have been broadcast on Televizija Slovenija and Radio Slovenia programmes. 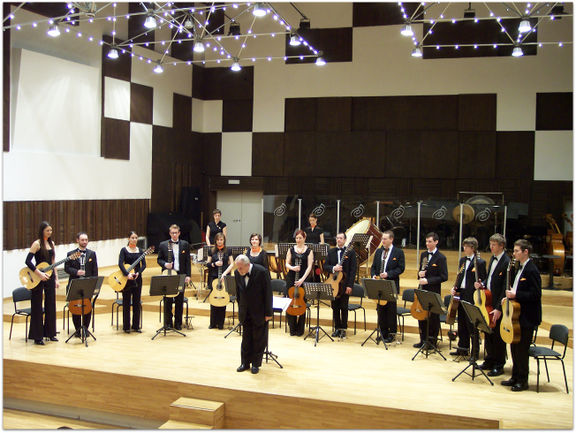 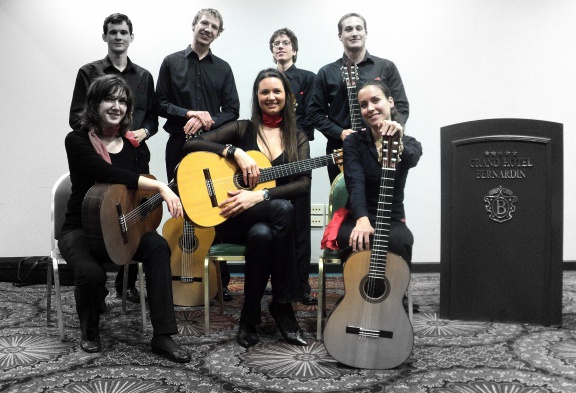 Ljudmil Rus Guitar Orchestra was established in 1963 under the leadership of guitarist and composer Ljudmil Rus (b. 1933). Group portrait after a performance in Portorož, 2010 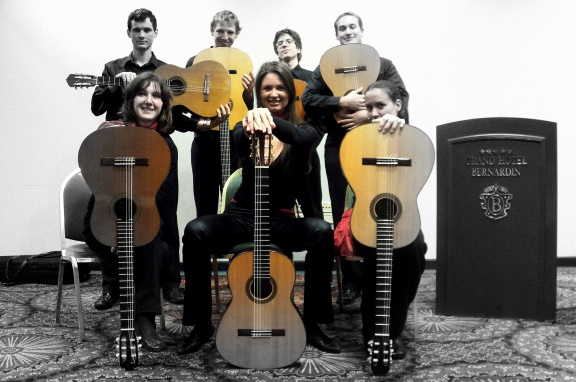