Radio Slovenia is one of the two programme units of the Slovene national public radio and television broadcasting organisation Radio-Television Slovenia (RTV Slovenia). It celebrated its 80th anniversary in 2008, having originated in October 1928 as Radio Ljubljana.

It subsequently became the only station to continue broadcasting in the Slovenian language during the occupation of Slovenia in World War II, despite orders to the contrary. After the war, radio developed in popularity in Slovenia, with a test stereo broadcast taking place in 1965. In the early 1990s, when Slovenia was struggling for independence, radio again played an important role. Digitalisation (DALET) was introduced from 1998.

Radio Slovenia comprises the following editorial units: music programmes, originally-produced programmes, Slovenes in the world, documentary programmes, educational programmes, children and youth programmes, morning and night programmes, and classical music programmes. Arts and culture programmes are provided by all three channels, which offer information and news on the latest events on the domestic and European cultural scene. Original radio drama productions for adults and children, as well as short and amusing docudramas, literary evenings, and nocturnes also feature in the schedules.

Radio Slovenia participates in the activities and exchanges of the European Broadcasting Union (EBU). Within the Millennium European Radio Days programme an online electronic encyclopaedia was created in Slovenian, English and Italian languages, featuring a short history of Radio Slovenia. 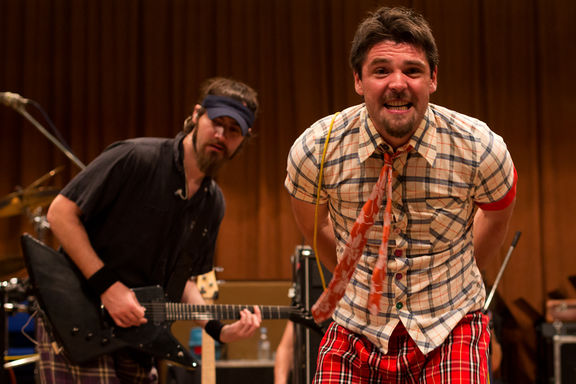