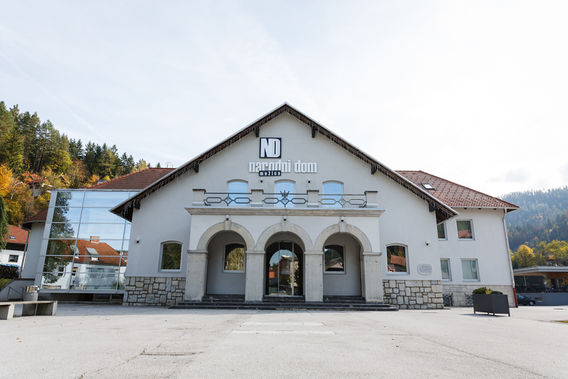 Narodni dom Mežica was established in 1940 as a regional cultural centre and is one of the strongest cultural institutions in the Carinthian region. It is led by Public Cultural Institution Narodni dom Mežica and provides mostly theatre plays, puppet theatre shows and – less frequently – music concerts. It also serves for events like official ceremonies, occasional various exhibitions and events like the KOFF Koroška Outdoor Film Festival.

The venue was extensively renovated in 2005 and has one modernly equipped multipurpose hall used for concerts, theatre and other performances and can accommodate up to 324 visitors. There is also a smaller hall for up to 60 visitors suitable for lectures, conferences and screenings as well as the foyer which is used as a gallery space for exhibitions and smaller meetings.