The printed editions of Pogledi lasted up to December 2015. About a year later the website was removed from the web as well. 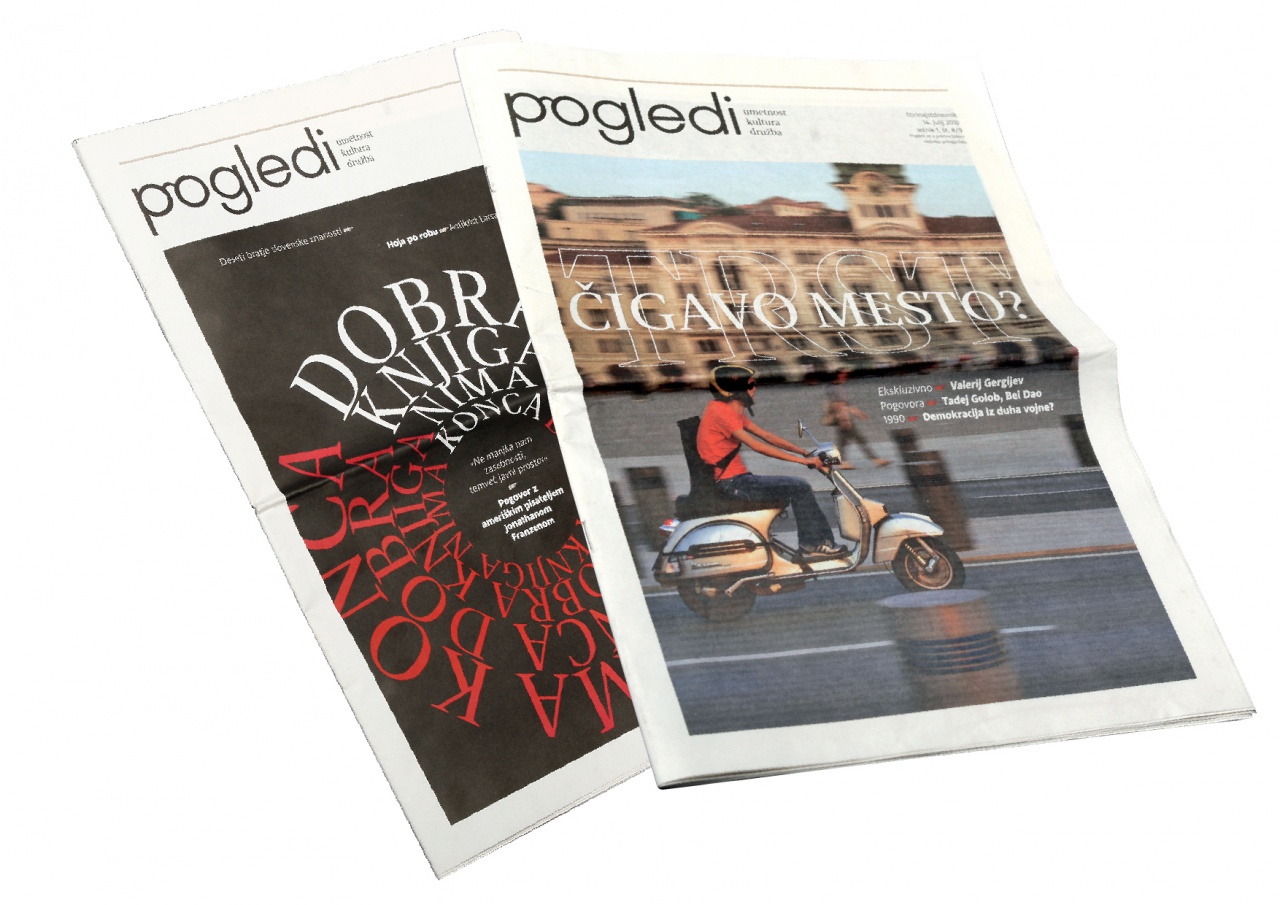 Pogledi Newspaper, established in 2010 as the only arts and culture periodical (printed fortnightly) in Slovenia

In 2010 in the frame of the World Book Capital Ljubljana 2010 project the brand new newspaper Pogledi (in Slovenian 'Views') was established as the leading (and, in fact, the only) arts and culture printed fortnightly in Slovenia. It was distributed as a free supplement to the main Slovene daily Delo Newspaper till November 2010. Afterwards it was available separately through purchase or subscription.

For the first three years Pogledi newspaper have been receiving subsidy from the Ljubljana Urban Municipality in the framework of the World Book Capital Ljubljana 2010. In the future Delo Publishing House expects it to become a sustainable cultural newspaper. Ženja Leiler, its first editor in chief, speculated that this might be one of the last opportunities of this kind given the structural changes on the current media market.

At the beginning the newspaper's sections were named after the (mostly defunct) Slovene literary and cultural magazines: Zvon (presentations of topical cultural events and personalities), Razgledi (analytical reviews), Literatura (excerpts from literary works), Dialogi (interviews), Perspektive (insights in the selected cultural projects and artworks), Problemi (main theme) ... In the latter section, Pogledi has tackled, for example, the legacy of the Modernist play Antigone written 50 years ago by Dominik Smole, the media and publishing in the digitalised future, and the revision of the social contract in Slovenia. 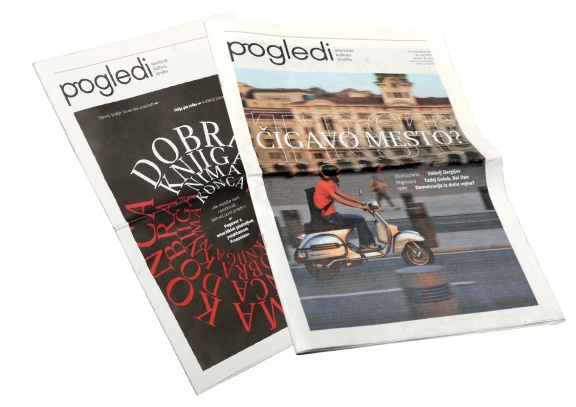