The Tartini Memorial Collection was opened by Koper Regional Museum in 1990 in Tartini house, the former residence of the composer and virtuoso violinist Giuseppe Tartini (1692–1770), who was born and spent his youth in Piran. The building, mentioned already in 1384 as Gothic Casa Pizagrua, is one of the oldest standing on the square at the former inner harbour [mandrač].

The Gothic Casa Pizagrua was renovated in neoclassical style in the 19th century. During the last restoration works in 1985–1991 interesting wall paintings were found in the interior. It is the seat of the Italian Community and is destined for cultural events, exhibitions and various art workshops. In 1845 a memorial plaque was built into the façade to commemorate the great maestro.

On the first floor the permanent exhibition – the memorial room of Giuseppe Tartini – presents the most important objects and documents from Tartini's legacy, including manuscripts, his last will, portraits, his death mask, an Amati violin, and photographs of the unveiling ceremony of the Tartini monument.

In the centre of Tartini Square stand the bronze Tartini monument facing his house, an art work by Venetian sculptor Antonio dal Zotto, raised in 1896. It is standing on the high pedestal, richly carved by stonecutter Tamburlini.

Portorož Auditorium organises the Festival of Chamber Music Piran, where not only concerts but also music workshops and the expert meeting "Tartini Days" are held. Another event related to Tartini in Piran is the Tartini Festival, an international music festival dedicated to the maestro. 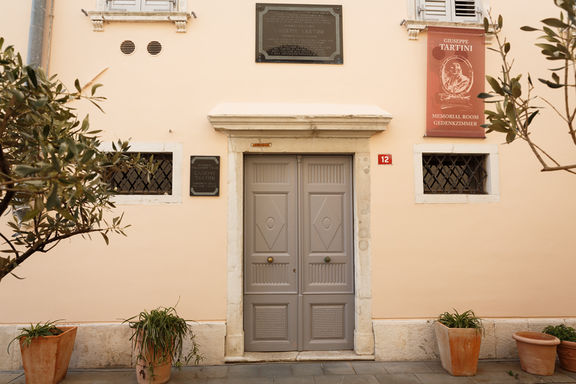 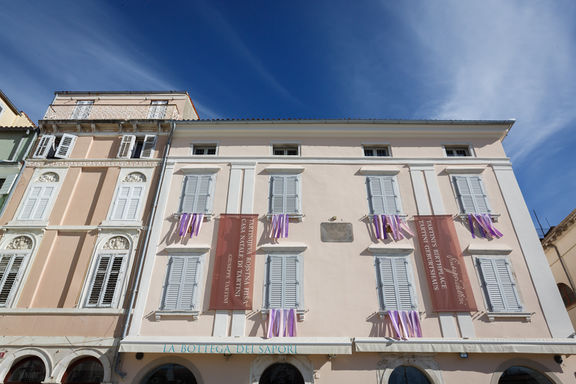