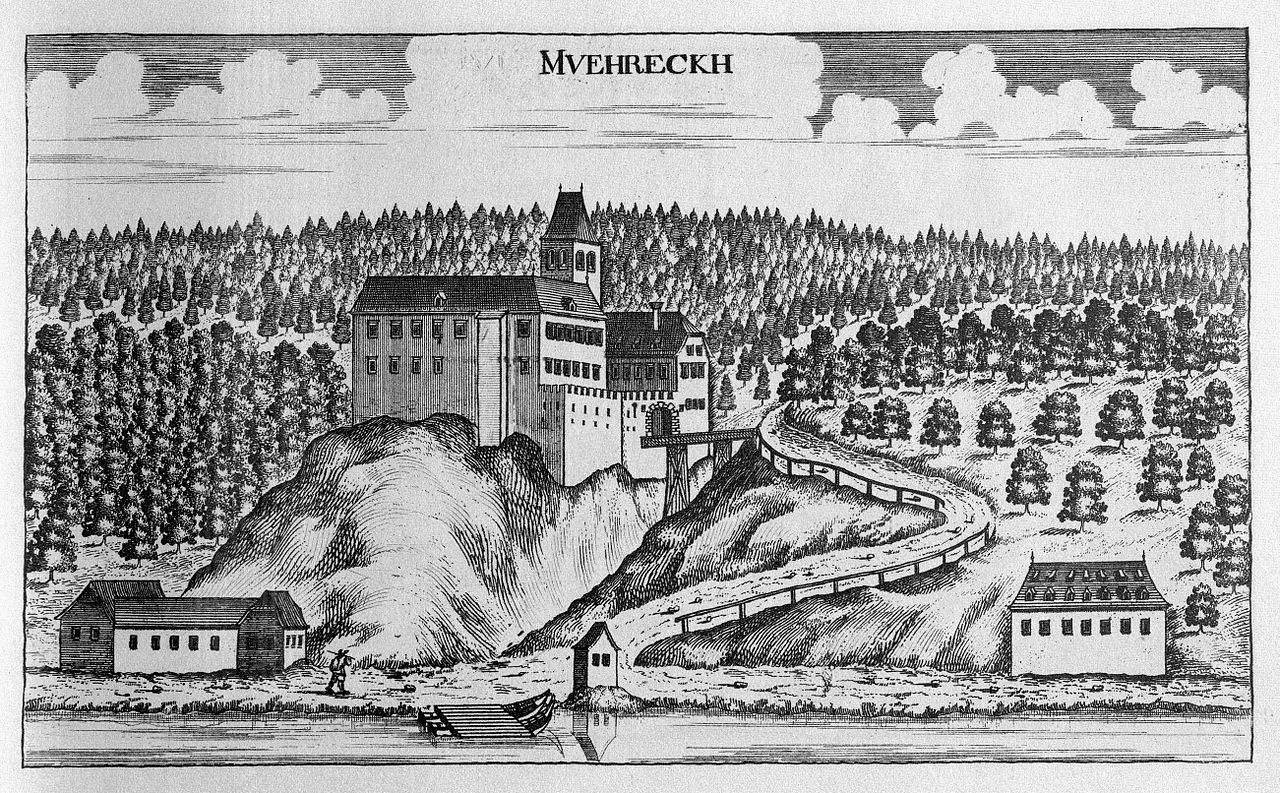 First mentioned in 1148, the Cmurek Castle stands in Trate, on a cliff above the Mura River on the border with Austria. Its name, in fact, derives from the Austrian town of Cmurek (Mureck). From 1956 till 2004, it housed the Institution for the Mentally Disabled Hrastovec–Trate.

Nine years after its abandonment, the castle became the nexus for a local initiative focused on the Museum of Madness. The cross-border innovative project strives to reactualise, de-tabooise and revitalise the castle. With a substantial amount of voluntary work and the support from both neighbouring municipalities (Šentilj from the Slovenian and Mureck from the Austrian side) and some institutional support, it has turned into a unique cultural and community venue. 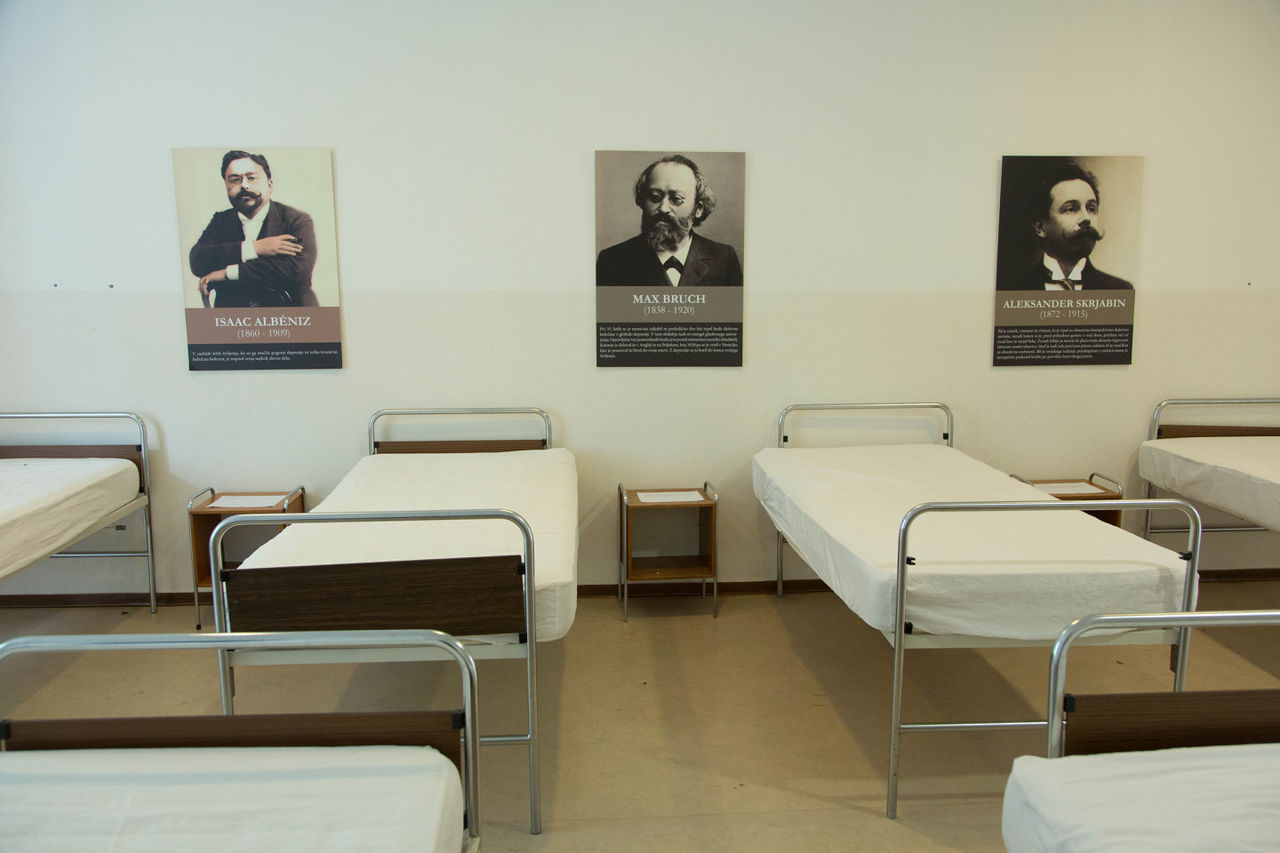 Portraits of some Classical music composers who suffered from a mental illness, a part of the permanent exhibition at the Museum of Madness, Cmurek Castle, 2015

The castle of Cmurek (named also Upper Cmurek or Upper Mureck) dominates over the Mura River and was mentioned in documents already in 1148 when it was owned by the Cmurek nobles. Later on, the castle was purchased by the Counts of Celje. The last owners were the Counts of Stubenberg (1401–1931) and Anton Mally (1931–1945). 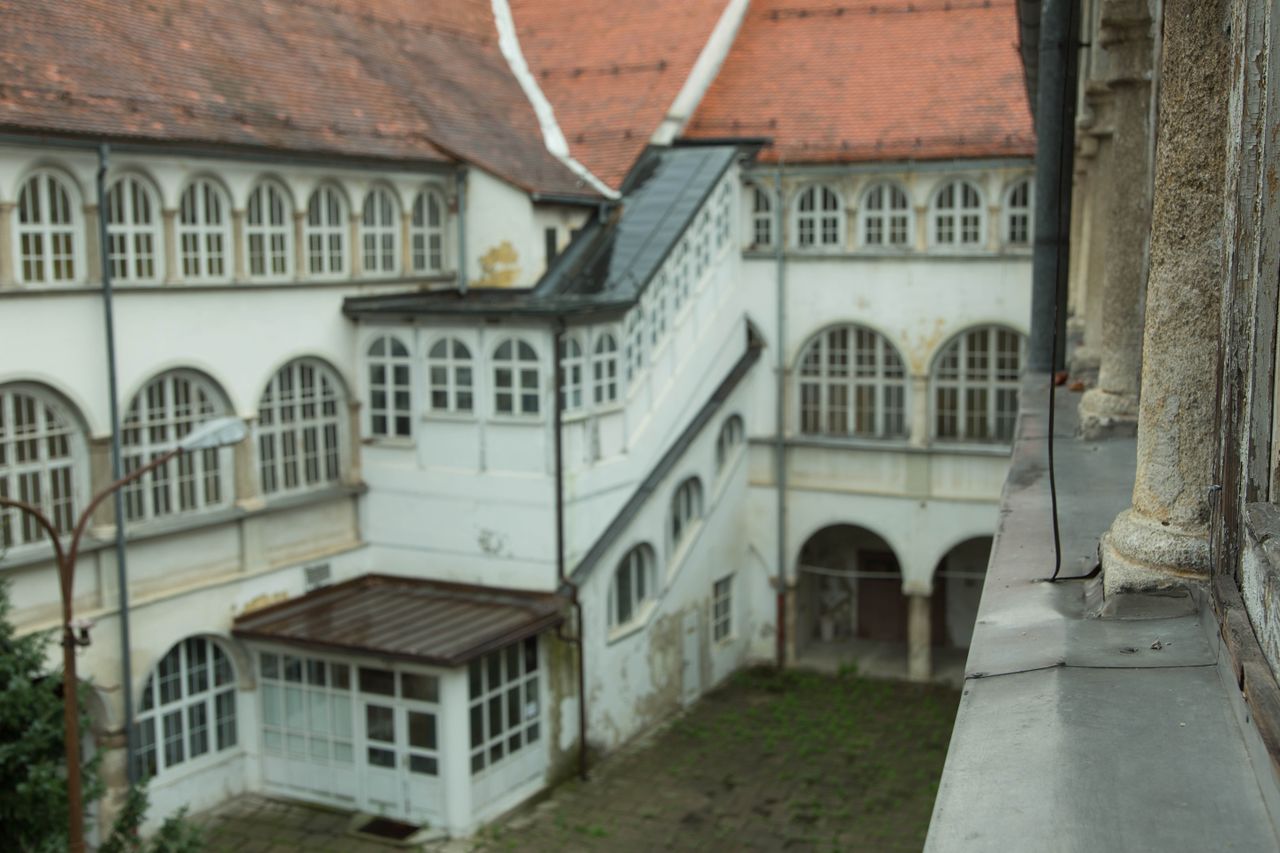 The two-storey building has preserved only a few Romanesque elements, namely, in the course of centuries, numerous rebuildings have takenplace: the chapel was set up in 1340, the Renaissance arcades in the courtyard were constructed during the 16th and 17th centuries, eventually, in the late 18th century, the medieval tower was pulled down and some building extensions introduced.

From the ruins of the defence tower of the upper castle and the chapel in the lower part of the village, the New Kinek Castle was built at the end of the 18th century. Later on it was named Kapralov's castle after its pre-war owner, the Russian immigrant and physician Serghei Kapralov. Later on, the castle became quite famous for its industrial mill run by electricity as early as 1914, half a century before the neighbouring villages. It was constructed by an English entrepreneur named Harry Hanson. Drago Jančar's short story Death at Mary of the Snows was based on the Hansons' couple tragic death in 1944.

In 1947, the Cmurek Castle became a home for the elderly. A decade later it became the closed psychiatric institution Hrastovec-Trate. In the 2000s, the institution opted for an open treatment of its patients and the castle was again deserted.

Since 2013 an innovative cross-border project based on the local natural and cultural heritage has been developed in order to turn the Cmurek Castle into an international interdisciplinary centre, the Museum of Madness. The museum collection and exhibition on the history of madness and deviation are under construction, while the programme of exhibitions, screenings and music (Seviqc Brežice Festival has been lately in full swing. 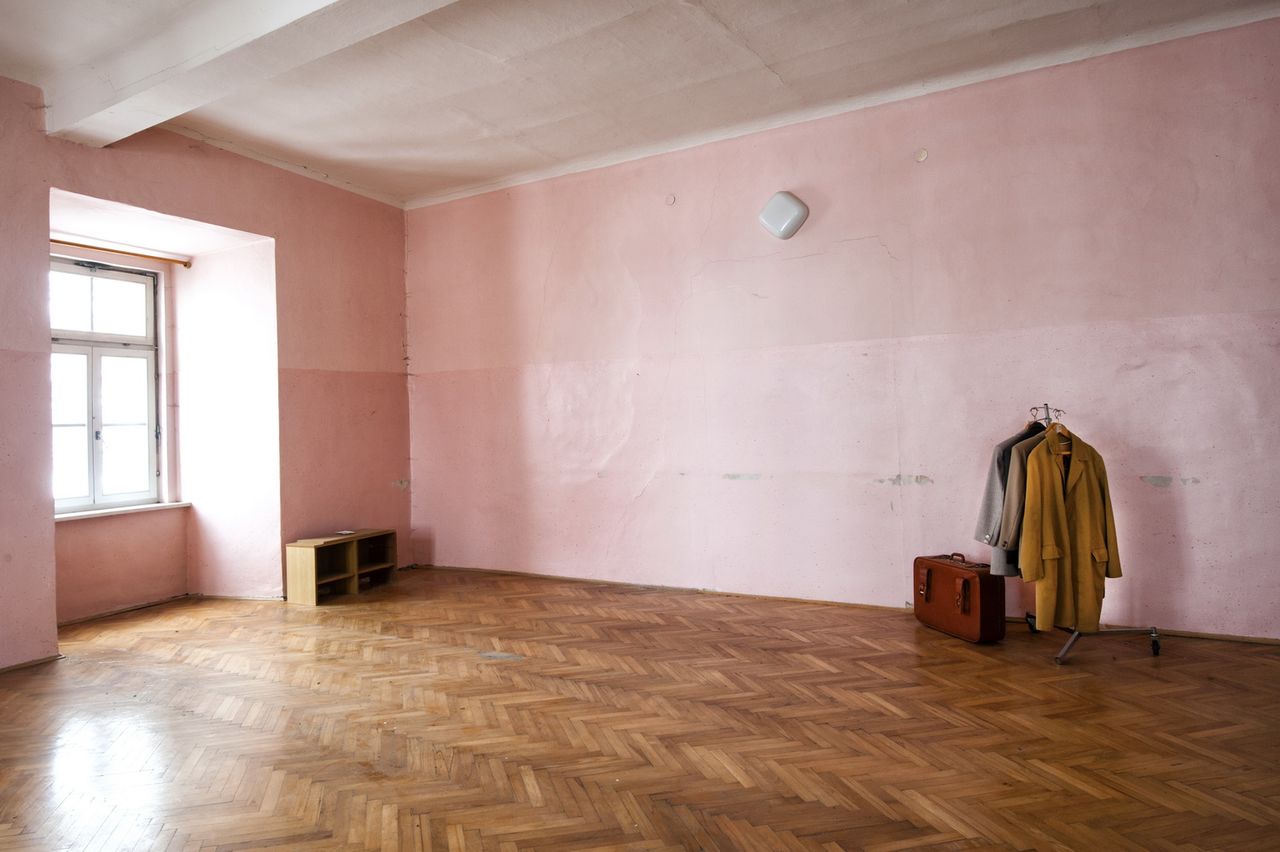 Based on the ethnographic material collected during his fieldwork in the 1990s, Rajko Muršič's anthropological study Trate: The Story of the Youth and Rock Club (2001) discloses the role and impact of the two deserted castles and the mill with vacant space in the development of the alternative scene in the Trate Youth Club in Slovenske gorice between the late 1970s and the early 1990s. Since 1998, the Festival at the Border co-organised by the Subkulturni azil Maribor and the Austrian Youth Club JUZHOUSE Mureck has taken place at the Cmurek Castle. 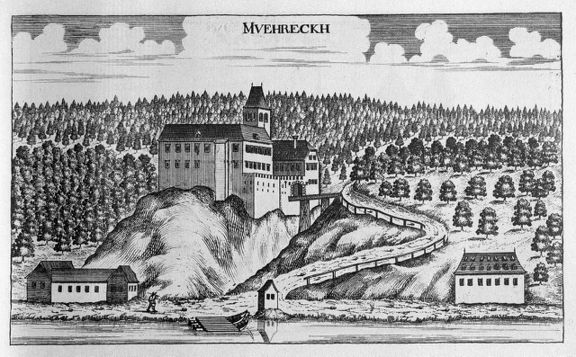 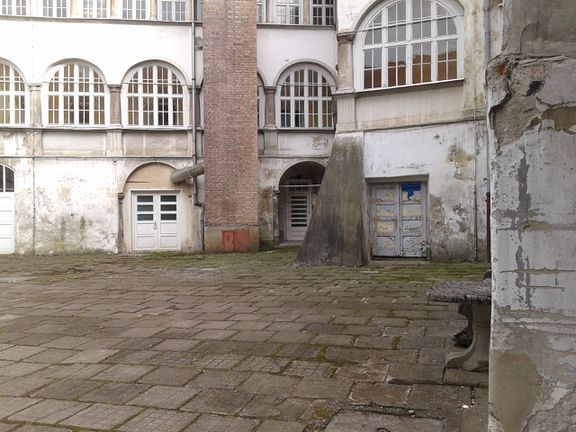 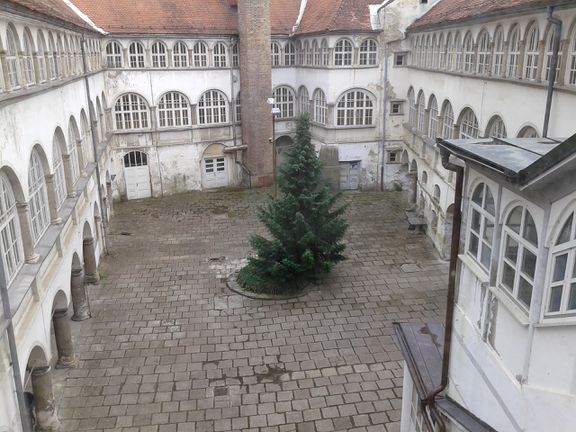 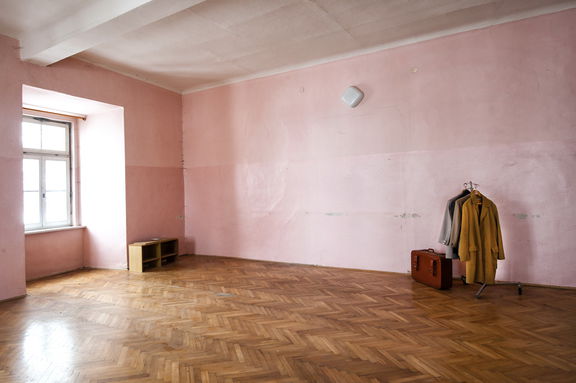 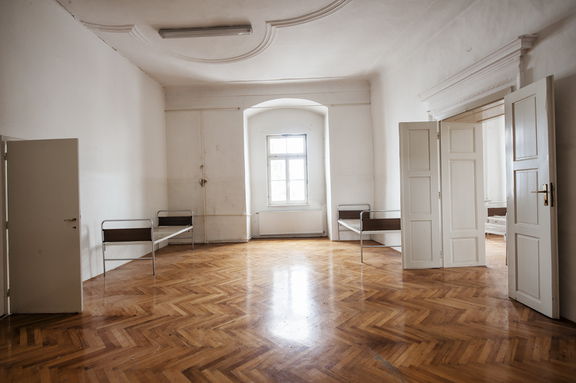 After they had gone away. A photo taken at the Cmurek Castle in 2014 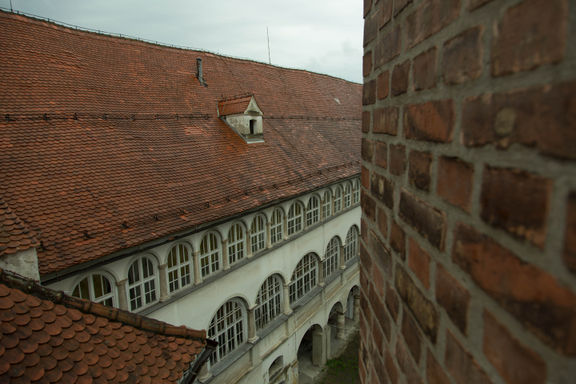 The view of the courtyard at the Cmurek Castle, 2015 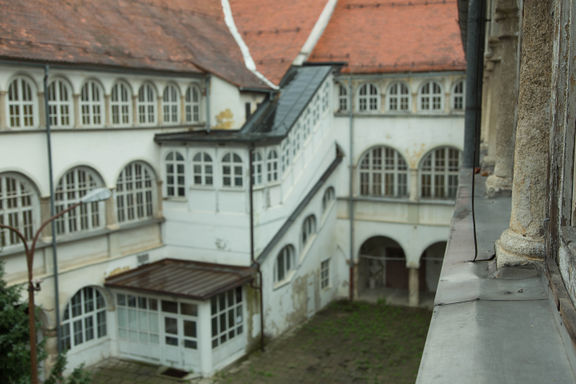 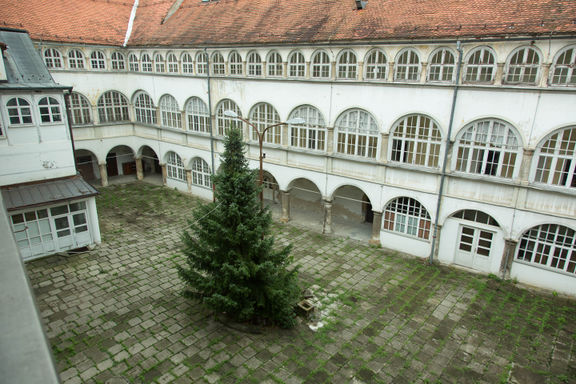 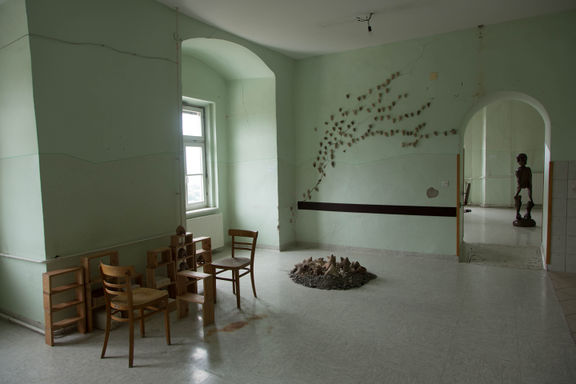 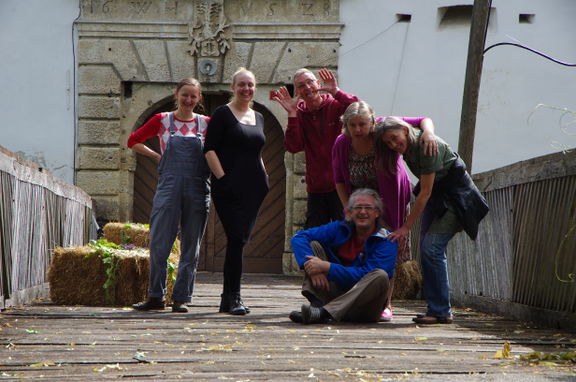 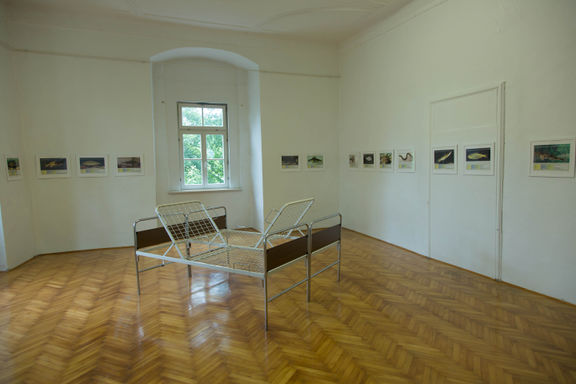 The Secret World of the Mura River, a part of the permanent exhibition at the Museum of Madness, Cmurek Castle, 2015 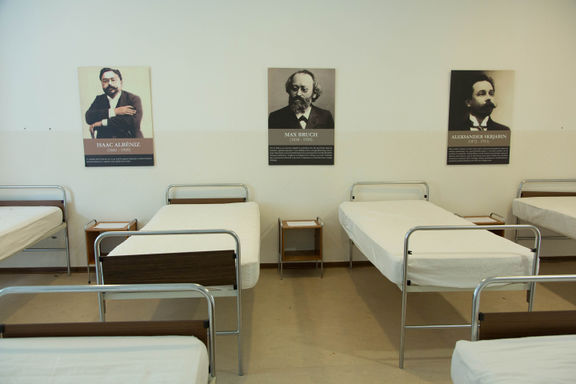 Portraits of some Classical music composers who suffered from a mental illness, a part of the permanent exhibition at the Museum of Madness, Cmurek Castle, 2015
Retrieved from "http://www.culture.si/w/index.php?title=Cmurek_Castle&oldid=153290"
... more about "Cmurek Castle"
RDF feed
Contact
Grad Cmurek +
Country
About Slovenia +
Lat
46.706 +
Localname
Grad Cmurek +
Lon
15.787 +
Managed by
Museum of Madness +
Map
http://www.openstreetmap.org/?lon=15.78745&lat=46.70561&zoom=15&layer=mapnik +
Post
SI-2213 Zgornja Velka +
Region
SI-2 +
Street
Trate 7 +
Teaser100
First mentioned in 1148, the Cmurek Castle stands in Trate, on a cliff above the Mura River on the border with Austria. +
TeaserImg