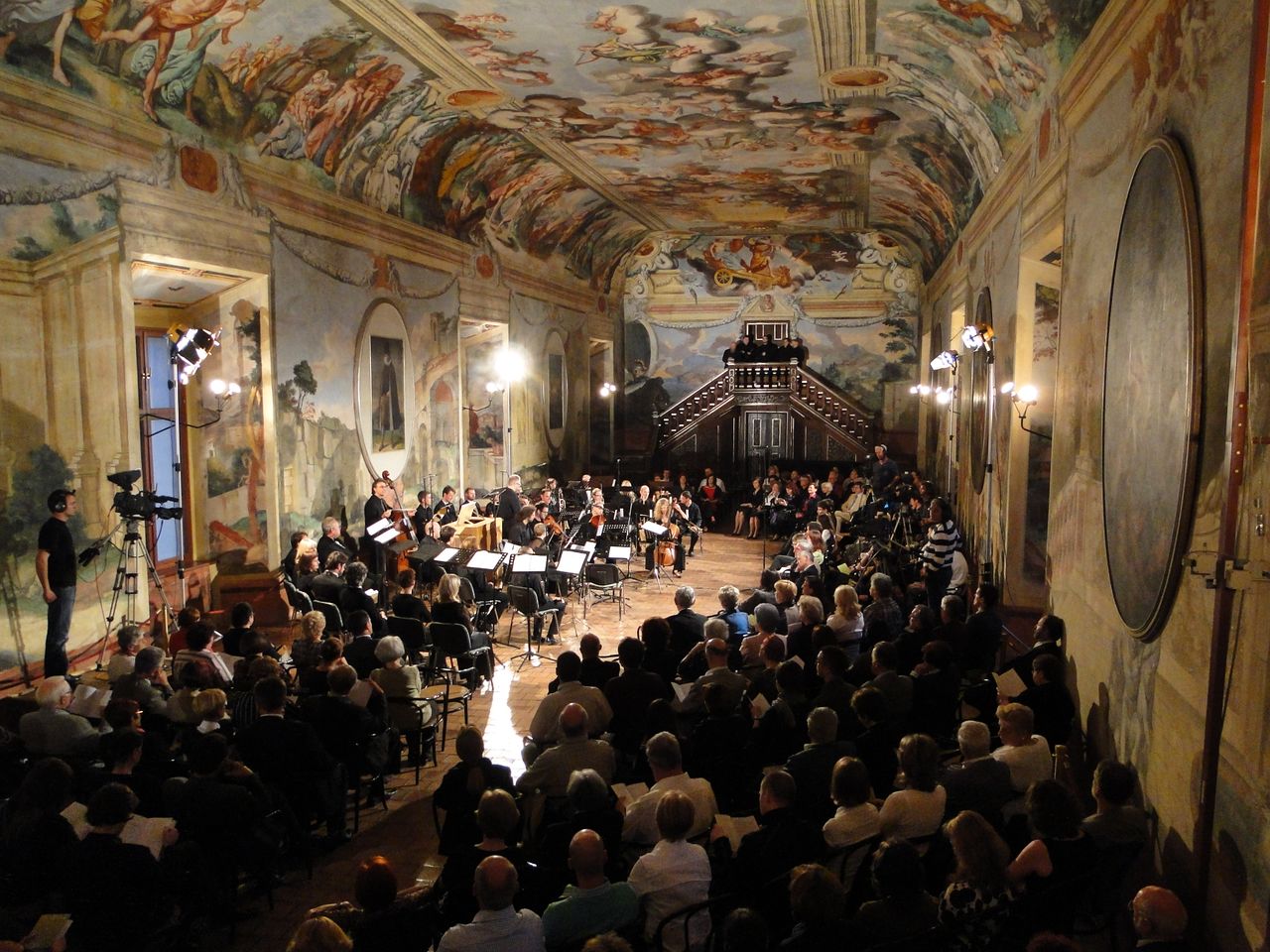 The Seviqc Brežice Festival was established in 1982 by Ars Ramovš, who is the founder, organiser and producer of the annual event. Since 2007 it has run under the name Seviqc Brežice (abbreviation for Semper viva quam creata - "Always live as created"). The festival connects high-quality international practitioners of Early Music with their counterparts from Slovenia. The concerts take place from late June up to November, usually at exquisite cultural heritage sites, mostly castles, palaces and churches of south-eastern Slovenia.

The programme premieres new and authentic material, carefully chosen to promote the diversity of European early music, from the late Middle Ages right up to the beginning of the 20th century. In doing so, the programme breaks all taboos surrounding Early Music, giving it an insightful and honest platform and bringing in new audiences every time. The festival also encourages young Slovene artists and musicologists to study, research, and perform Early Music.

All the festival venues are part of Slovenia's architectural and cultural heritage, mostly castles and churches. As the festival highly respects decentralisation and regionalisation of the cultural politics, its activities cover almost all Slovenia, in 2015 at the castles in Brežice, Mokrice, Castle, Pišece, Brestanica, Velenje, Slovenska Bistrica, Maribor, Trate and Grad, at the Štatenberg Manor, in Devil's Tower in Soteska, at Olimje Monastery and Novo Celje Mansion and Old Count’s Mansion in Celje, in the churches in Jeruzalem, Stranje, Kostanjevica Monastery, and at Rogaška Slatina Grand hotel and Dolenjske Toplice.

There is also affordable bus transportation available on the Festibus, departing from the central Tivoli park of Ljubljana and returning after each event.

The main objective of the festival is to promote the revival of the Early Music scene in Slovenia. Other aims included stimulating cultural tourism, developing Early Music departments at Slovene conservatories and the Academy of Music, contributing to a higher level of professional music. The festival participates in the European Day of Early Music (EDEM) concerts programme organised on the 21st of March throughout Europe, coordinated by REMA - European Early Music Network and under the patronage of UNESCO. 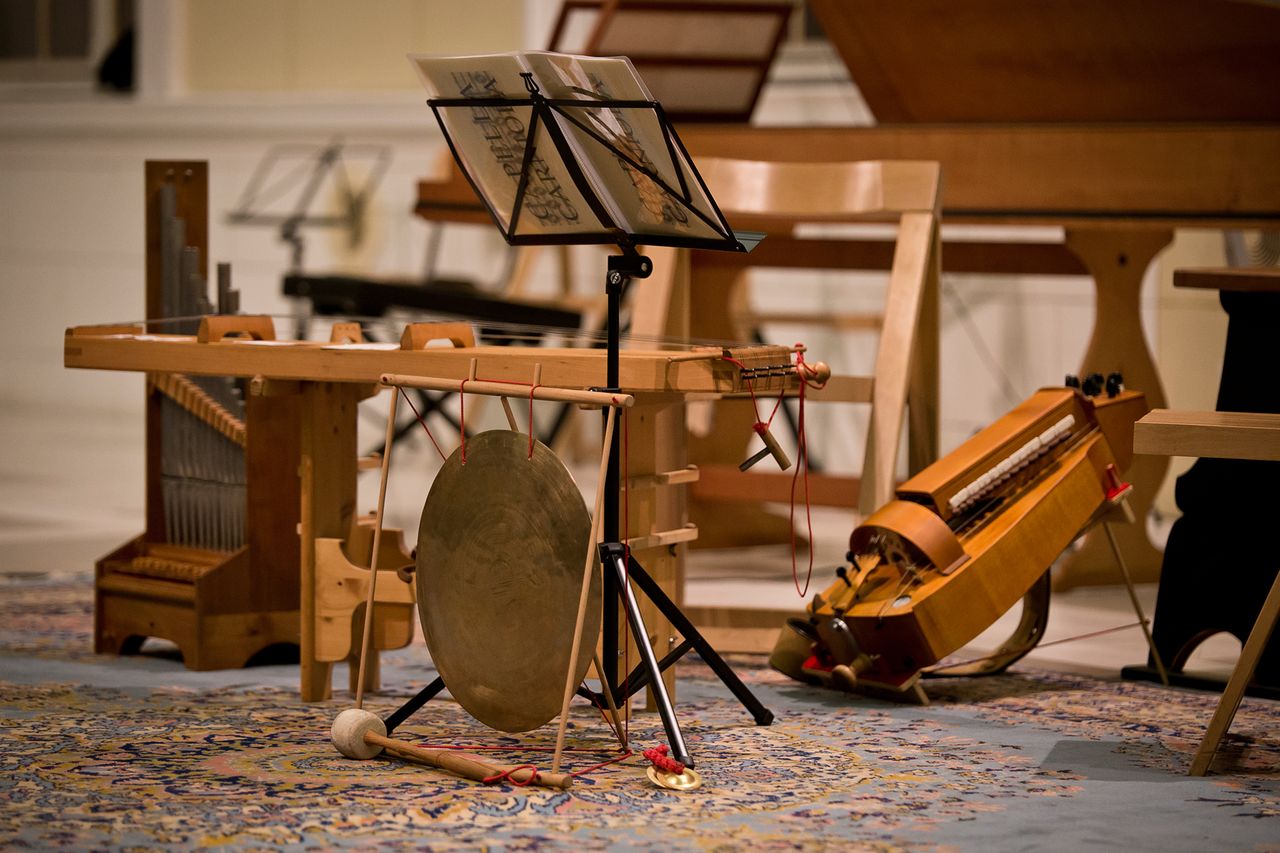 Early music instruments staged at the European Day of Early Music event at the National Museum of Slovenia, organised annually on the 21st of March by Ars Ramovš in the framework of the Seviqc Brežice Festival 2013

The Seviqc Brežice Festival programme is aimed specifically at the public but also enjoys a notable reputation amongst professional music critics and audiences. Radio Slovenia records selected concerts of the Festival and since 1997 has also presented festival recordings throughout the year (Banchetto Musicale: Brežice after Brežice). One or two concerts a year are recorded for Slovenia's national television station. Several festival editions are available also on CDs. 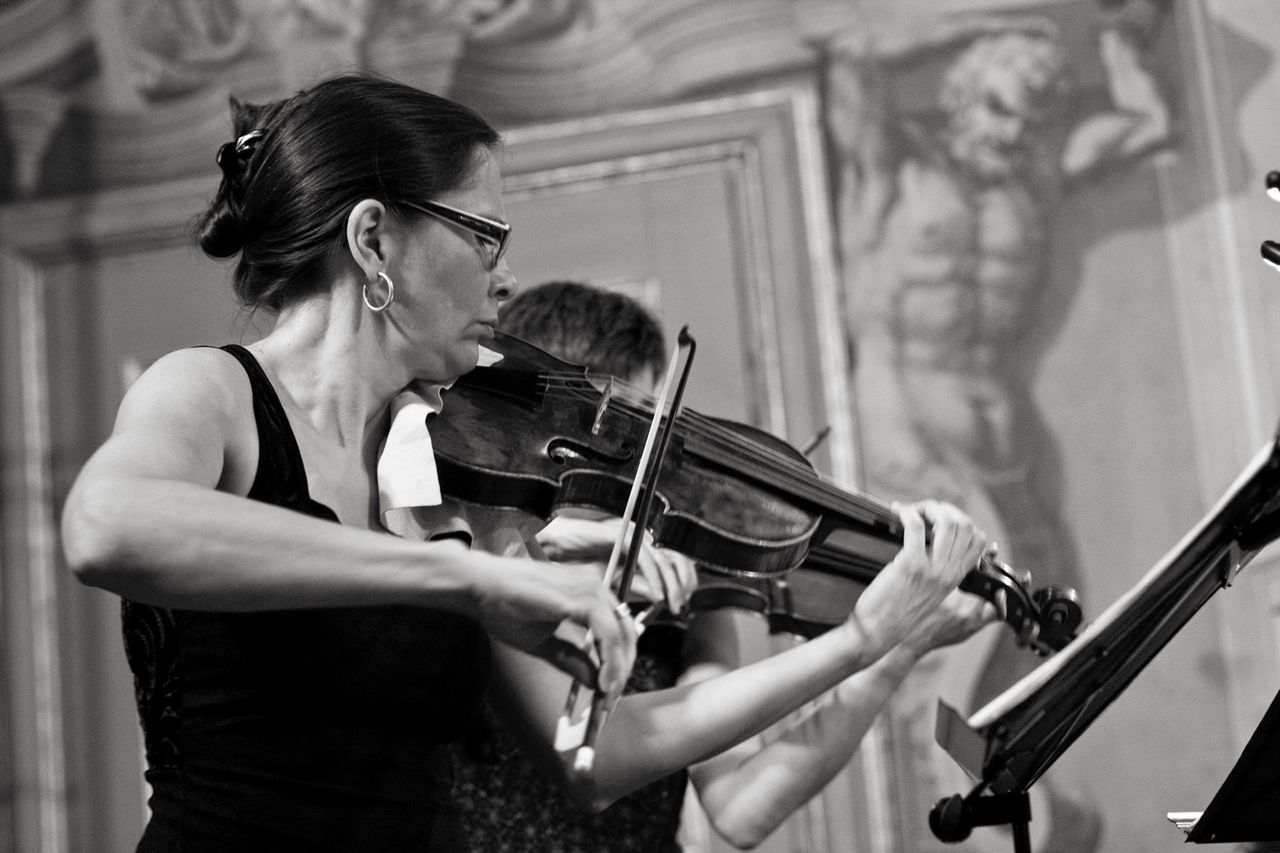 The festival regularly provides quite generous discounts on ticket prices (for students; people with low-income; families; members of various Slovene societies and associations; ticket-holders to other festivals such as Ljubljana Festival, Primorska Summer Festival). All the events taking place at church locations have free admission. Every concert is enriched by superb wine tastings and the occasional special event.

Since its inception in the 1980s the festival has incorporated international cultural elements that are still quite relevant today. Until 2008 the festival was organised in partnership with a national partner; previous partner countries were: Great Britain (2000); the Netherlands (2001); the Czech Republic (2002); the European Union (2003); the Netherlands (2004); France (2005 and 2008); Italy (2006); and Spain (2007). The festival continues to cooperate with different European countries and their embassies.

The festival producer Ars Ramovš has been involved in several European partnerships and projects, for instance in the PurPur - the European Sound Interchange and its sequel PurPur - the European Opera Sound, and since 2014 in eeemerging, a Creative Europe large-scale project to support young early music ensembles, led by Ambronay Cultural Encounter Centre (FR). 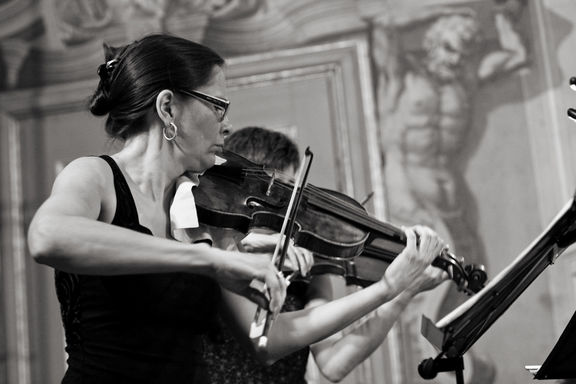 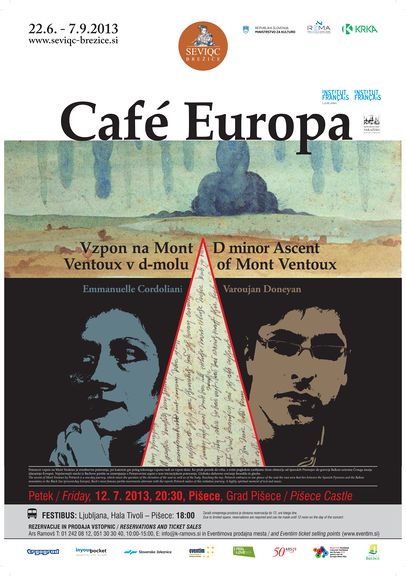 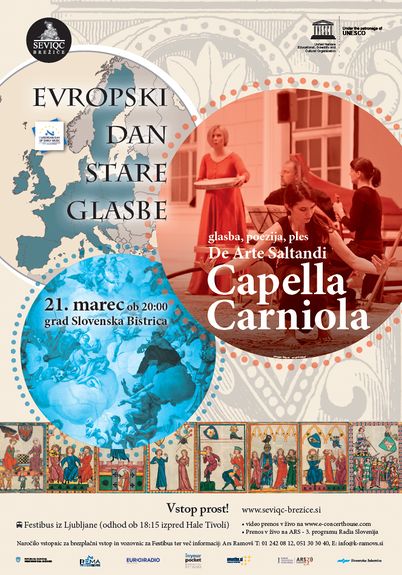 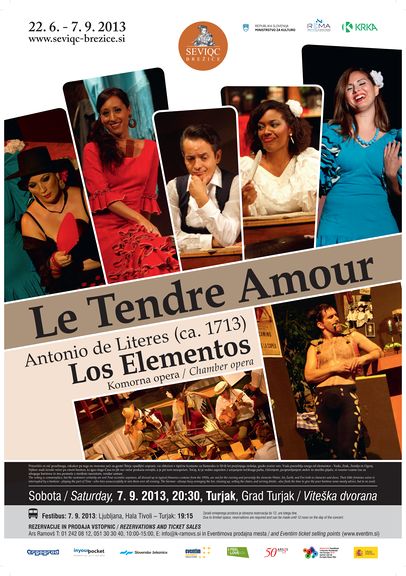 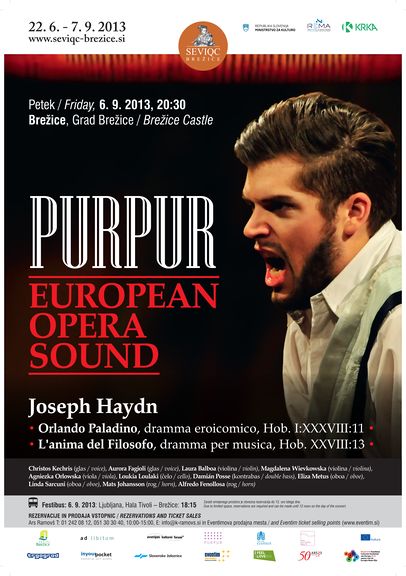 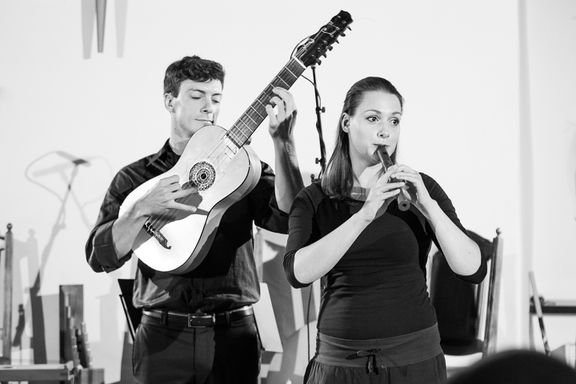 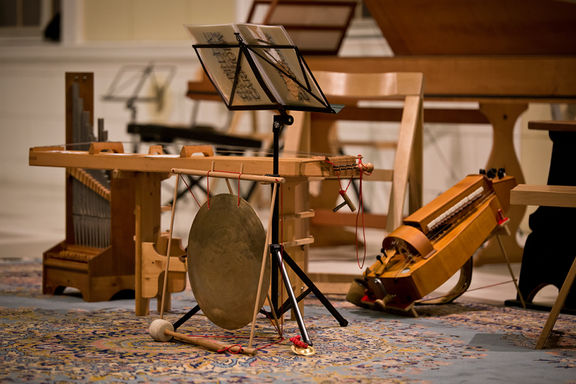 Early music instruments staged at the European Day of Early Music event at the National Museum of Slovenia, organised annually on the 21st of March by Ars Ramovš in the framework of the Seviqc Brežice Festival 2013 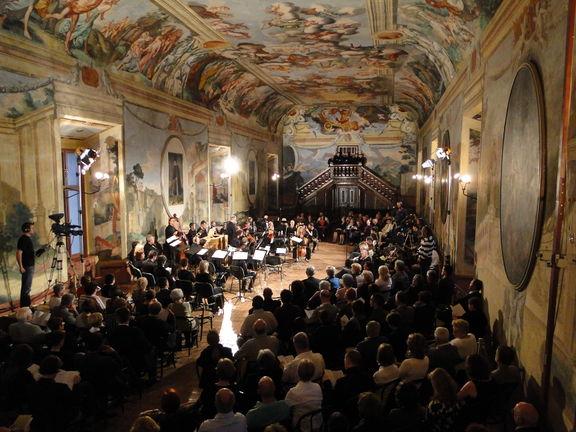 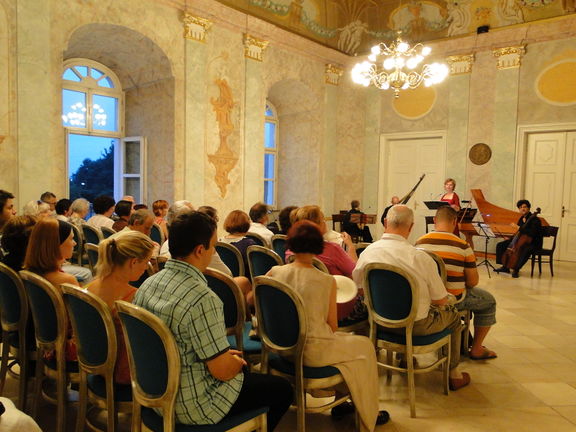 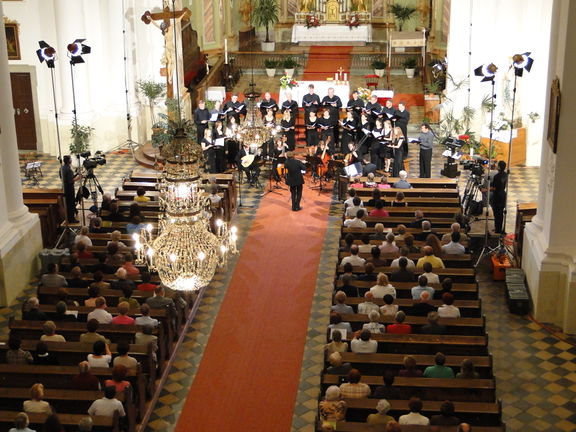 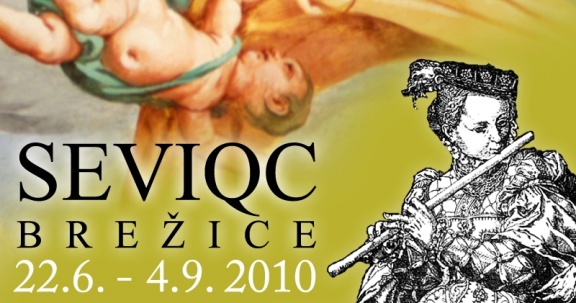