Kosovelov dom was established in 1991 as a municipal public non-profit institution, a cultural centre for the Kras Region. It is named after Srečko Kosovel (1904–1926), the expressionist poet born in Sežana. The Kosovel Culture House is located in the town centre and is known locally as "the city within the city", having its own square, street and park as well as many spaces for presenting performing and visual arts and film.

The cinema is a member of the Art Cinema Network, which distributes selected high-quality films around Slovenia. 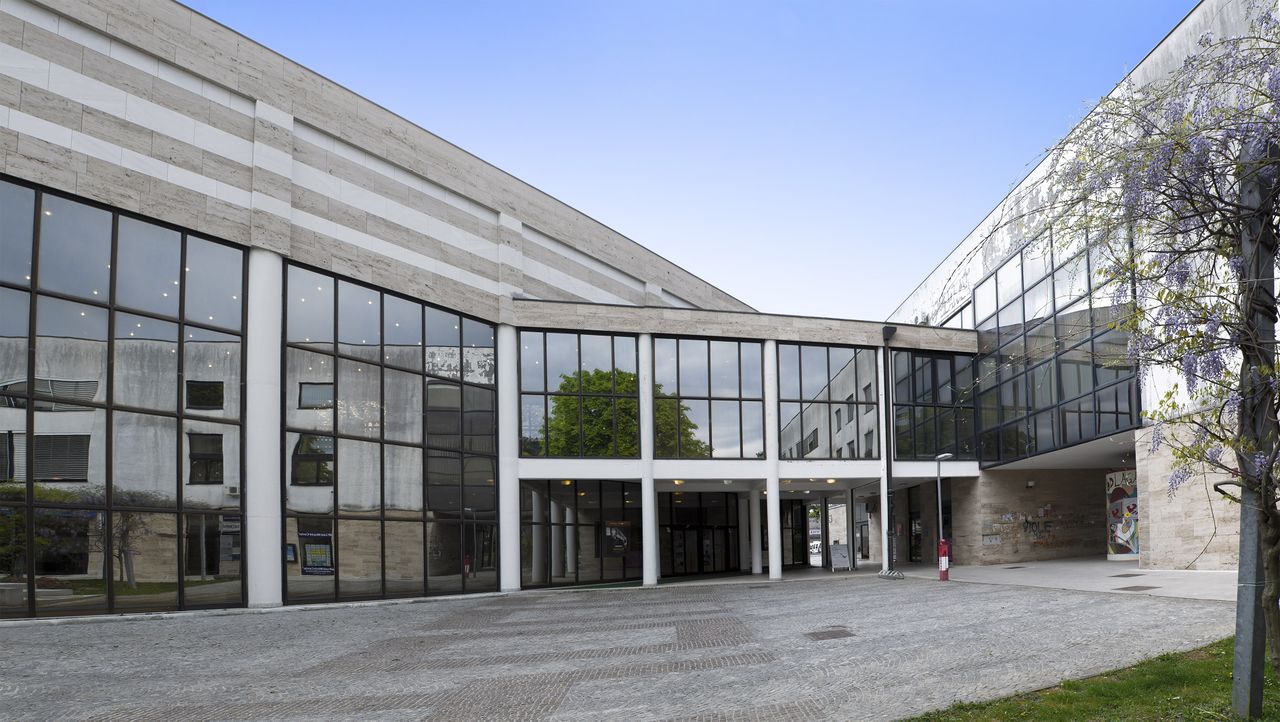 The venue has a year long programme of new theatre and music performances, and is very keen on film. Besides a strong focus on art films (partly complemented by screenings of mainstream films), there is also a film education programme that features lectures and workshops. The venue hosts several annual cultural events, for instance the Vilenica International Writers’ Gathering and the Mladifest summer festival.

Kosovelov dom also cooperates with several other Slovene institutions, including theatre houses, regional cultural centres and non-governmental organisations. In 2008 it initiated the establishment of the KUDUS, Association of the Regional Culture Houses which strives to resist the commercialisation of its members' programmes.

The main hall has 437 seats and a large stage with good acoustics fully-equipped for cinema screenings. The middle hall has been designed as a multi-purpose TV studio and can serve as a concert or fashion show venue as well as an exhibition space or a restaurant. The outdoor amphitheatre can accommodate up to 1,000 visitors and twice as much when standing. 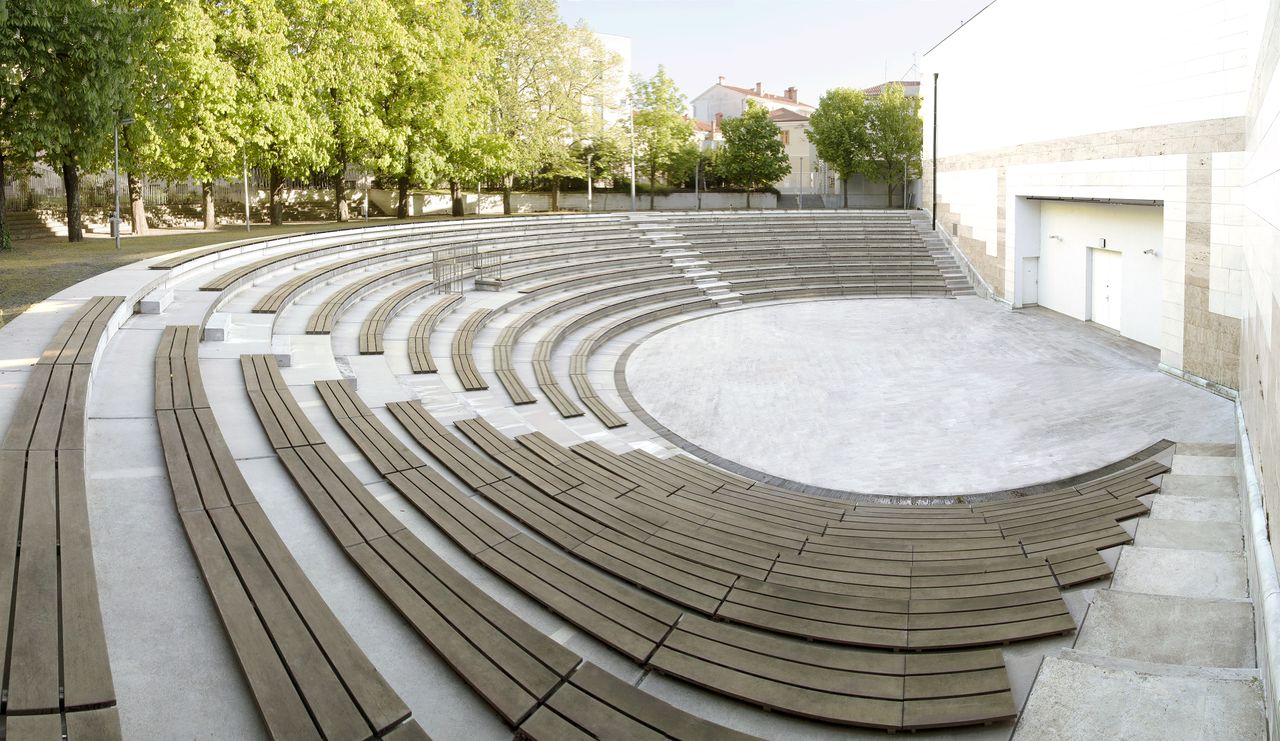 The construction of Kosovelov dom started back in 1979, following the plans made by a group of renowned architects Matjaž Garzarolli, Vojteh Ravnikar, Marko Dekleva, Egon Vatovec and Mladen Merčina. However, the place only opened its doors a dozen years later. It was designed to be the cultural centre catering to the whole of Kras and Brkini areas and was as such also meant to establish the town of Sežana as a regional hub. 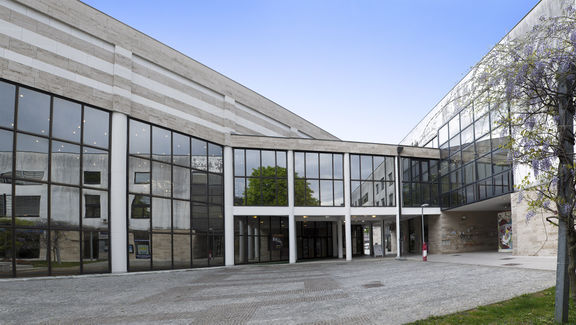 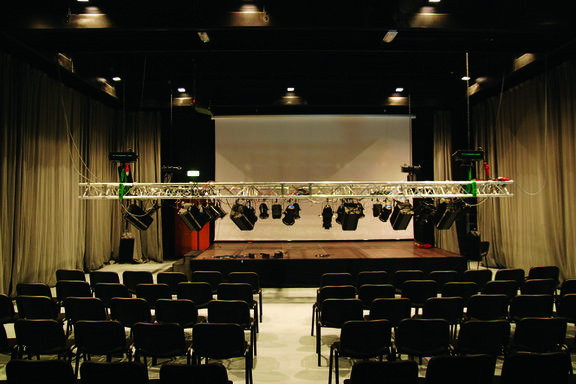 One of the Kosovel Culture House's two middle-sized stages, 2014 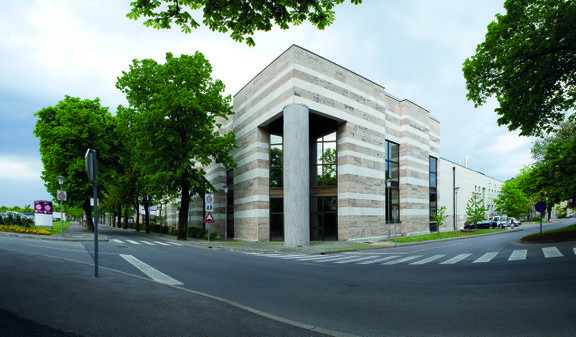 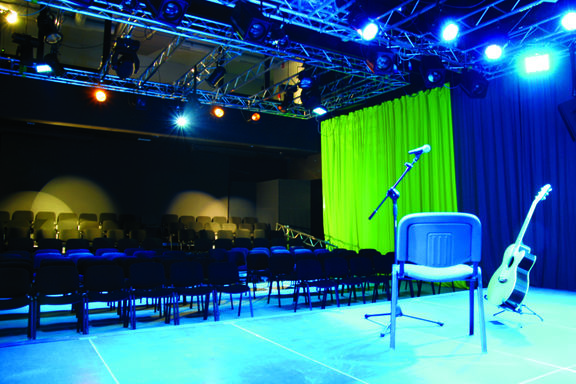 This multifunctional hall at the Kosovel Culture House Sežana was built in 2009. It can hold up to 150 people during live performances and is also used a TV studio, 2014 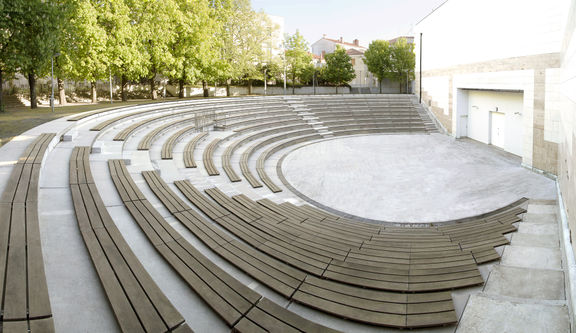 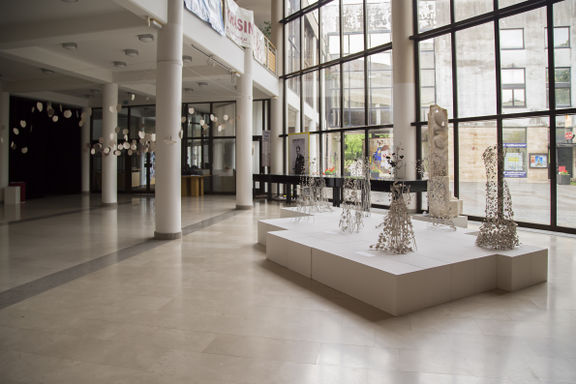 The Miro Kranjc Small Gallery, one of the three exhibition spaces available at the Kosovel Culture House Sežana, 2014 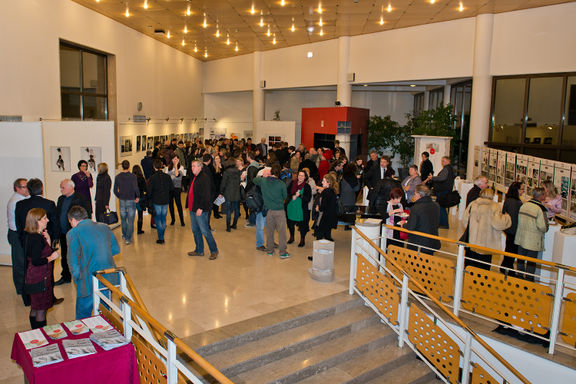 The multi-functional exhibition space at the Kosovel Culture House Sežana, 2014 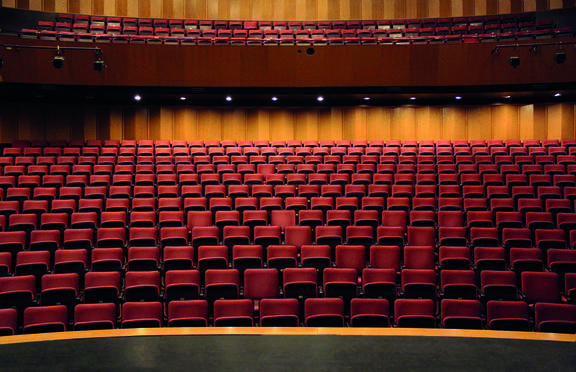 The spacious auditoruium of the main hall at Kosovel Culture House Sežana can accommodate up to 437 people, 2014 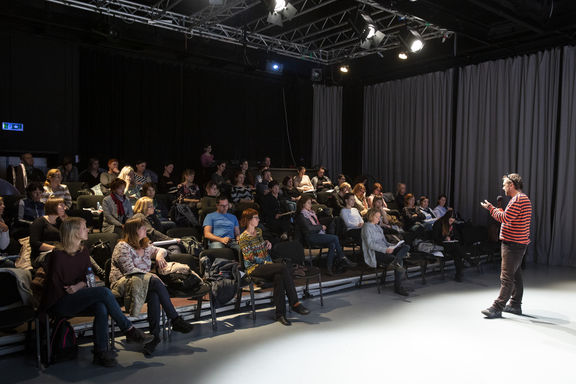