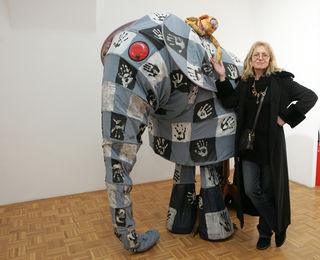 Lilijana Praprotnik Zupančič aka Lila Prap (b. 1955) is an architect, illustrator and writer who has developed a recognisable, humorous style. She gained international recognition and popularity with her series of children's books Animal Alphabet, Animals International Dictionary, Animals Speak, Animals Lullabies, Dinosaurs, and Why?. Her works have been translated into over 30 languages and the Japan National Television (NHK) based an entire cartoon series and accompanying merchandising on the characters from her books. The artist established a private non-profit institute LiLaPraP Creative Laboratory in 2008 to facilitate the administrative part of her work.

In Slovenia Lila Prap's work has been published by Mladinska knjiga Publishing House since 1999.