The Ljubljanica River Exhibition is dedicated to the natural and cultural heritage of the Ljubljanica River and its immediate surroundings. It is located in the town of Vrhnika, where this fascinating river has several of its many springs. The exhibition covers the period of the last 40,000 years, starting with a replica of the wooden arrowhead found here and presumably used by the Neanderthals. Many of the artefacts presented were found in the Ljubljana Moors, whose prehistoric pile dwellings legacy is included in the the UNESCO World Heritage List.

Established in 2016, this small and contemporary exhibition is managed by the City Museum of Ljubljana. It occupies the ground floor of the Vrhnika Cultural Centre, a multifunctional venue situated at the edge of the town centre. 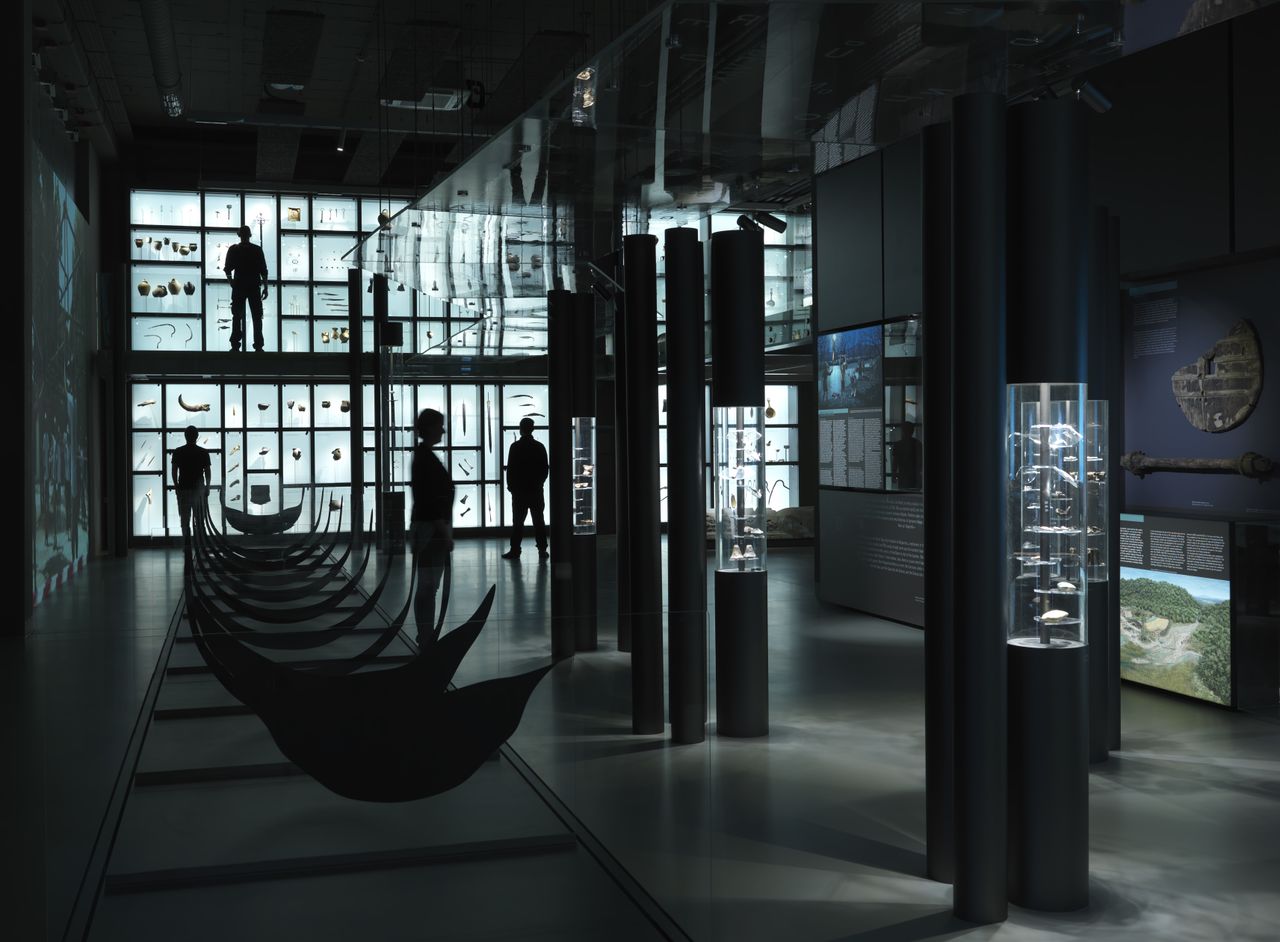 The Ljubljanica River Exhibition display, focusing of the prehistoric heritage, 2016

After the several springs of Ljubljanica come together, this Karst river – which starts its path at Babno polje and then disappears and reappears on the surface 7 times – traverses the Ljubljana Moors, flows through the city of Ljubljana and, finally, joins the Sava River. This area has a long history of human settlements and for many centuries the river served as a major traffic thoroughfare for the region. Thus, it is a source of many archaeological finds, with some of them – like the ancient Roman cargo ship from the 1st century AD – still preserved in situ. More than 8,000 ancient items have been found here, and the better part of the water flow is declared to be a cultural monument of national significance. In 2003 the Ljubljanica river was declared a cultural monument of national importance as an exceptionally important archaeological site.

In 2014, the premises of a former leather factory (IUV Vrhnika) opened its doors as the new Vrhnika Cultural Centre. While its upper floors host a library and a part of the local primary school, most of the ground floor is dedicated to the exhibition, which is spread across some 800 square metres.

The major part of the exhibition is dedicated to the Ljubljanica River, presenting the natural and cultural life that evolved around the river as well as the space underwater and in the Karst underground. There are more than 400 original historical objects, many of them originally preserved either in the Ljubljanica or within the Ljubljana Moors. The oldest original pieces go back to about 7000 BC. Most of the objects come from the extremely rich archaeological collection of the Potočnik family.

The collection features a Celtic statue of Apollo (Apollon), a number of weapons, and a replica of the oldest wooden wheel in the world (approx. 3200 BC), with the original displayed by the City Museum of Ljubljana.

One part of the permanent exhibition is dedicated to the history of Vrhnika and its surroundings, tracing it from the Middle Ages until the present day. It is presented by reproductions of archival materials, various films and videos, and a number of artefacts that used to belong to the former industrial establishments of Vrhnika. There is also a display that educates visitors about "Zero Waste" policies.

In relation to the exhibition, the organisers have also held various temporary exhibitions, together with other institutions at locations across Vrhnika and in other towns.

Due to riverbank erosion, the dugout canoe – which for centuries stayed preserved in the river – was lifted in 2015. It is currently undergoing restoration and is due to become a part of the permanent display in the future. 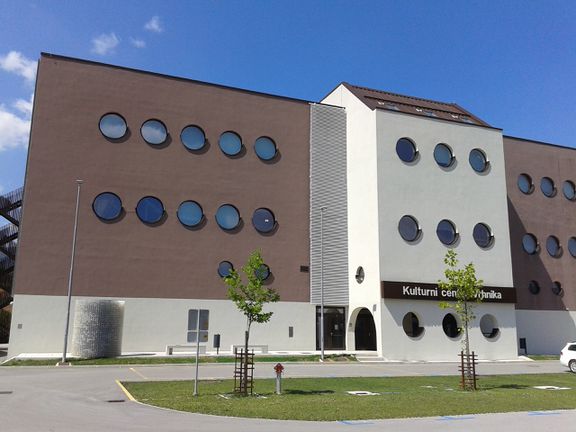 The Vrhnika Cultural Centre, home of the Cankar's Library Vrhnika and the Ljubljanica River Exhibition, 2016 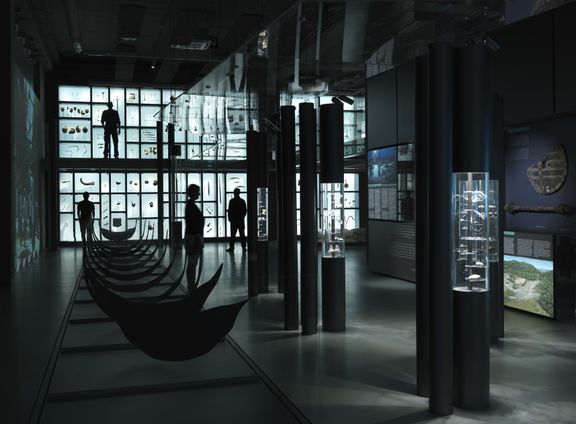 The Ljubljanica River Exhibition display, focusing of the prehistoric heritage, 2016 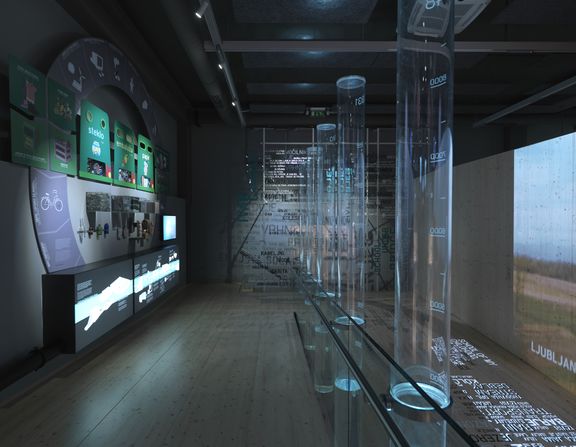 A separate display of the Ljubljanica River Exhibition is focused on sustainable development, 2016 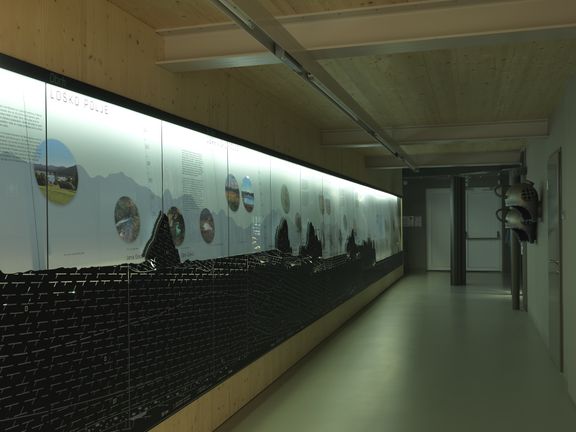 A display about the Karst fields in the Ljubljanica river basin, 2016 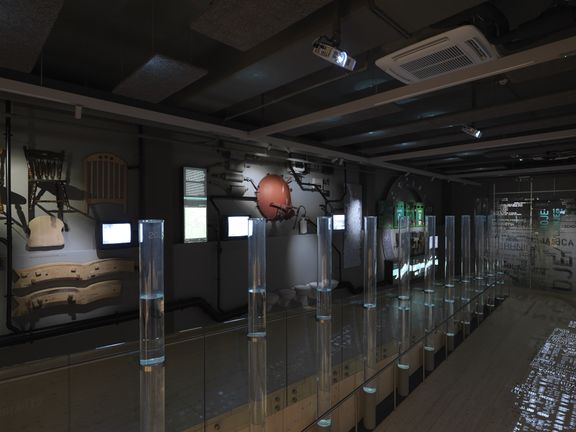 The history and heritage of the town of Vrhnika is mostly presented by reproductions of archival materials and videos, yet also features a number of artefacts that used to belong to the former industrial establishments from the region, 2016 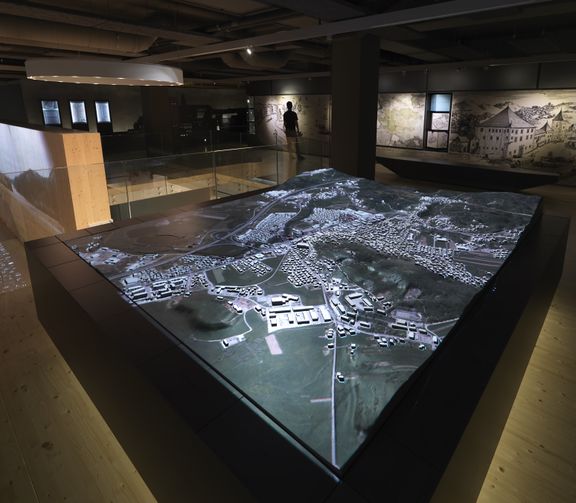 An interactive 3D model of Vrhnika city, with the presentation of the so called "Golden era of Vrhnika" in the background, 2016 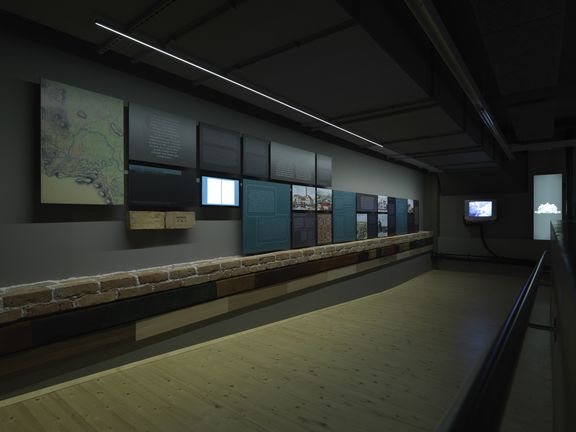 The development of Vrhnika was strongly affected by the construction of the so called Austrian Southern Railway in the 1840s. Its construction features as one of the displays at the Ljubljanica River Exhibition, 2016 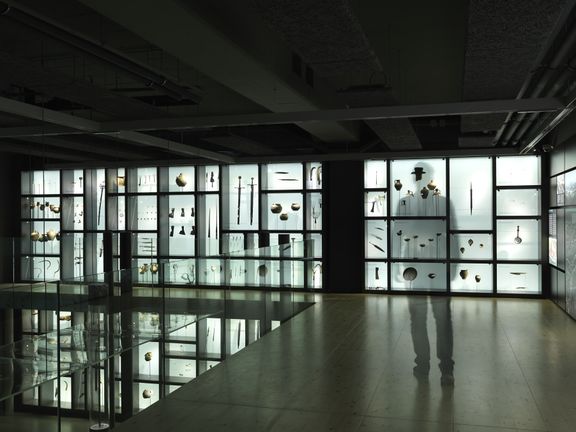