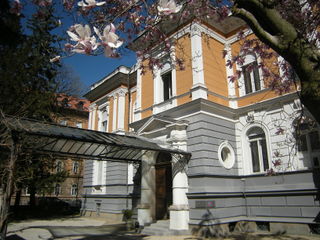 Established on 1 May 1958, the Maribor National Liberation Museum is housed in a burgher villa, commissioned in the mid 1890s by the Maribor entrepreneur Gustav Scherbaum. The museum's collections are dedicated to the 20th and 21st century history of the North-East region of Slovenia with a particular emphasis on Maribor. It plays an active role in the local community and offers an extensive and engaging educational programme, often dealing with current issues. The museum manages also the Museum of Photography and Trafika, Museum for One in Maribor. 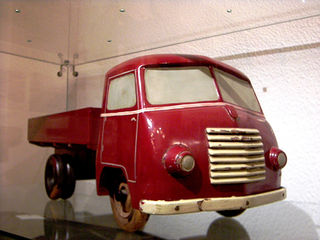 The current permanent displays deal with the local recent history ranging from the period between the wars (Maribor is ours!), the World War II (Sssh! Maribor 1941–1945) to economy and industrial heritage (A Monument to Maribor's Industry – Industrial Maribor in 20th Century). The temporary exhibitions are often developed in co-operation with similar Slovenian and international institutions.

The smallest museum in the country is, in fact, a defunct kiosk built in the 1920s. Situated on a busy square by the bridge on the right bank of the Drava river the kiosk became one of the city's iconic landmarks and was repurposed as a museum in 2019, based on a civil society's initiative. The museum displays some typical items once sold in a kiosk (from the Maribor National Liberation Museum's collection), it's primary purpose, however, is to serve as a local memories collection hub and an attractive info point for tourists.

Memorial sites in the region:

Wooden model of the Luka truck, built by TAM car factory (Tovarna avtomobilov Maribor) in the 1950s and named after Franc Leskošek - Luka, the national hero. From the Memorial to Maribor Industry – Industrial Maribor in 20th Century permanent exhibition