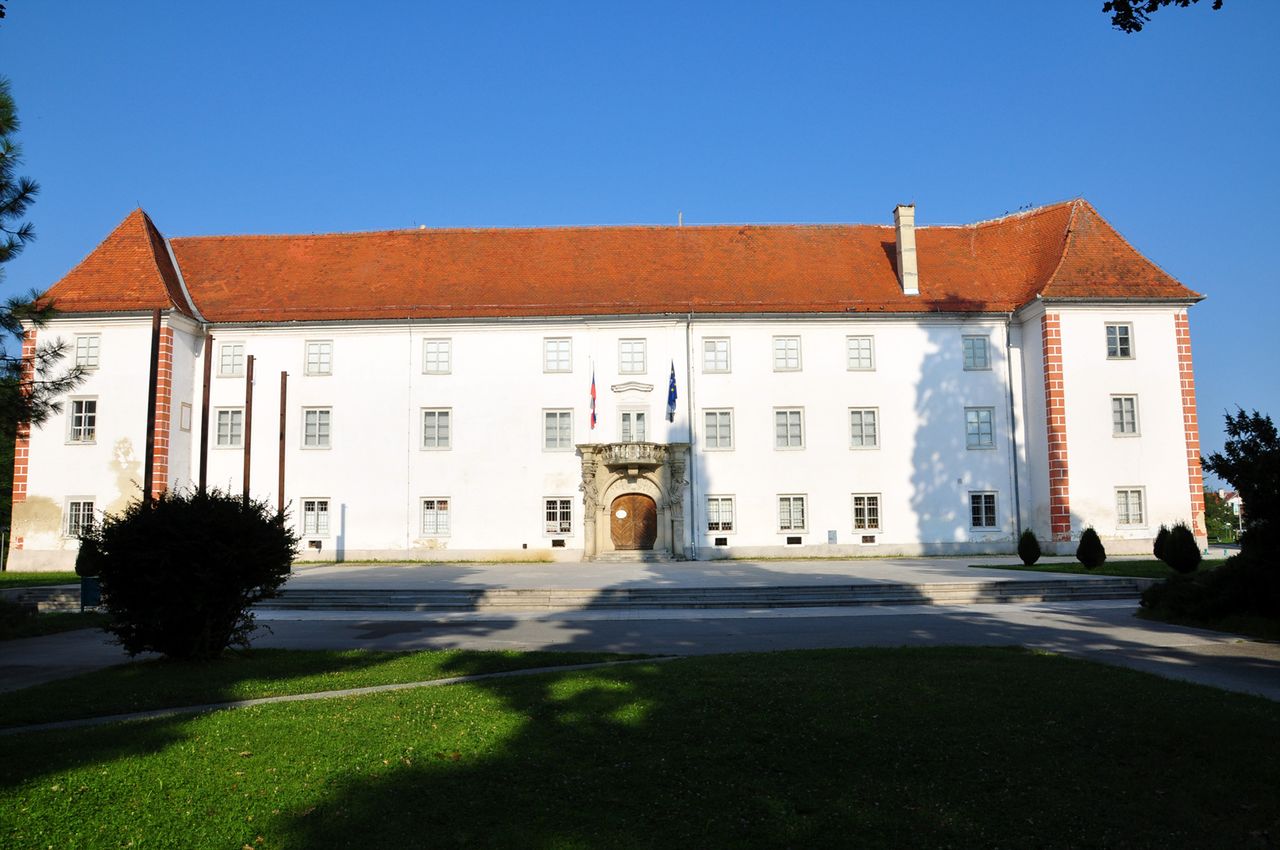 Rebuilt in Renaissance style at the end of the 16th century on the foundations of a 13th-century fortification, the Murska Sobota Castle was restored in the mid-18th century. It stands on a flat piece of land in the middle of the town of Murska Sobota, in the axis of an extensive park, arranged in landscape style that stretches from the monument of the National Liberation War to the castle itself. The first floor of the castle has been occupied by the Murska Sobota Regional Museum since 1956. Nowadays it hosts also the MIKK Youth Information Cultural Club, KRIK Multimedia Centre Pomurje, and a restaurant. The festival hall is a popular venue for cultural events.

The castle was first indirectly mentioned in 1255. Its existence was confirmed in 1478, when a castellum in Belmwra was mentioned, and in 1498, when it was named as castellum Mwrayzombath. The Bel Mura castle was the administrative centre of the whole Belmur territory. It was situated at the crossing of traffic and merchant trails.

During its long history the castle has been owned by many families, including the Széchys and Szápárys. The Széchys had rebuilt the castle in the 16th century. In 1687 it was bought by Peter Szápáry and got the Baroque outlook by his sons in the first half of the 18th century. Its last private owner Geza Szápáry sold it to the Municipality of Murska Sobota in 1934.

During the Second World War it was the seat of Hungarian occupation forces, which is commemorated at the plaque in the entrance corridor.

The ground floor has a four-sided gravel inner courtyard and four edge wings of the same height. On the outer corners four towers with a square floor plan stand out, not surpassing the basic height of the building. On the west side a Baroque Chapel has been added.

On the east side the representational Baroque gate portal with two atlantes figures accentuates the scheme. They were set under the balcony, which was restored in 1976. The exterior has more modest architectural decoration except for the gate portal and the north façade, which accentuate the festival hall. In the 1960s an architect of Prekmurje, Feri Novak (1906–1959), planned an extension with a new hall. The latter was adapted by the architects Vesna and Matej Vozlič in 1988. The façades were renovated in 1992.

The festival hall on the first floor in the wing with the balcony is decorated with frescoes and stucco work. The allegory of Peace may have been painted by Johannes Pockel in the period 1760–1780.

The main permanent exhibition, set up in autumn 1997, presents life in the region along the Mura River from prehistoric times until today. For this exhibition the Murska Sobota Regional Museum won the European Museum of the Year Award in 1999.

Temporary exhibitions take place on the second floor in the exhibition grounds. The exhibition My Observatories was a guest exhibition of the Technical Museum of Slovenia to commemorate the International Year of Astronomy in 2009.

The castle is surrounded with an English-type landscape park named Mestni park, designed at the turn of the 20th century. In the south-eastern corner of the park stands the only Slovene monument of the National Liberation War, which is dedicated to the common struggle and the victims of the Yugoslav and Soviet people. It was erected as early as 1945 and designed by the Russian architect Arončik and the Slovene sculptors Boris and Zdenko Kalin.

In the axis of the castle continues an avenue, lined with 200-year-old trees, which ends with a Neogothic complex of an Evangelic church, built in 1907–1910 by Ernő Gerey. 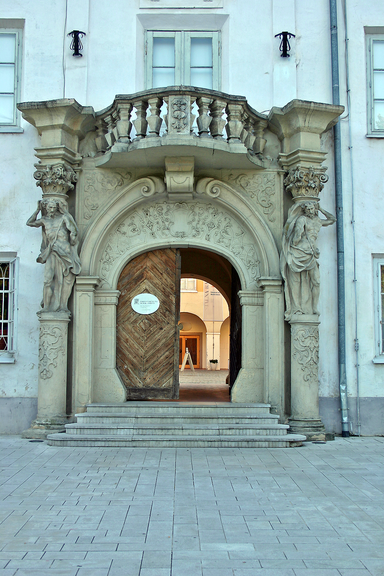 Entrance of the Murska Sobota Castle, 2007 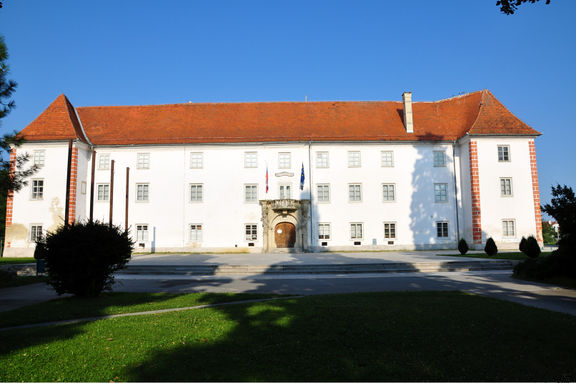