Embassy of the Republic of Slovenia Athens

The Embassy of the Republic of Slovenia Athens is the official representative body of the Slovene Government in Greece. The embassy promotes bilateral political, economic and cultural relations between Slovenia and Greece.

The Embassy in Athens is also responsible for Cyprus.

The legal basis for cooperation in the field of culture is the Agreement on Cooperation in Culture, Education and Science between the Republic of Slovenia and Greece signed in November 1993 in Ljubljana.

The Embassy of the Republic of Slovenia in Athens participates in the organisation of a range of cultural events. In 2010 the Embassy organised the exhibition of Jure Zadnikar, a painter from Slovenia who lives in Greece. In December 2010 the lecture of Slavoj Žižek, whose works have also been translated into Greek, took place in Athens.

For the academic year 2011/12 the Government of the Republic of Slovenia announced up to 10 scholarships which are open to Greek students (undergraduate or postgraduate) who wish to study in Slovenia. The information is regularly updated at the CMEPIUS website. 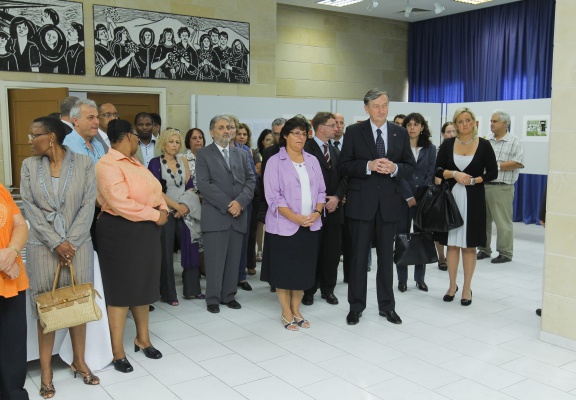