The Maribor Academic Choir unites students from Maribor and the wider Štajerska (Podravje) region. It has been operating since 1964 when the student cultural association (KUD Študent) with its male choir was established. The choir's first conductor was Stane Jurgec.

Maribor Academic Choir has toured to the UK, the Netherlands, Germany, France and Austria. It has been led by several recognised conductors, including Simon Robinson from the UK, Jože Fürst and – since 2002 – Zsuzsa Budavari-Novak from Hungary. 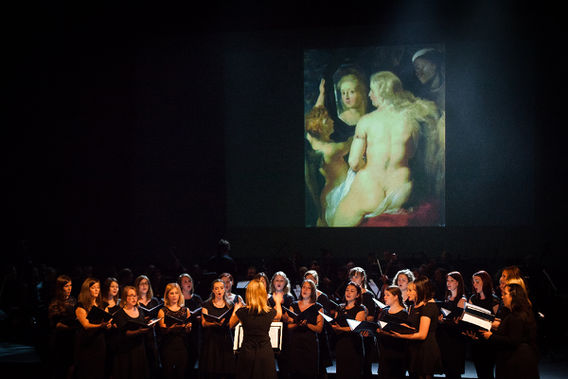 The choir mostly performs a cappella. Its repertoire includes works of great masters of choral music all the way from baroque until today's modern works. The choir also often performs Slovene folk songs.

More recently it received first prizes in the Festival Internacional de Música de Cantonigròs (2006) in the women's choir category and in Slovakia Cantat (2009).