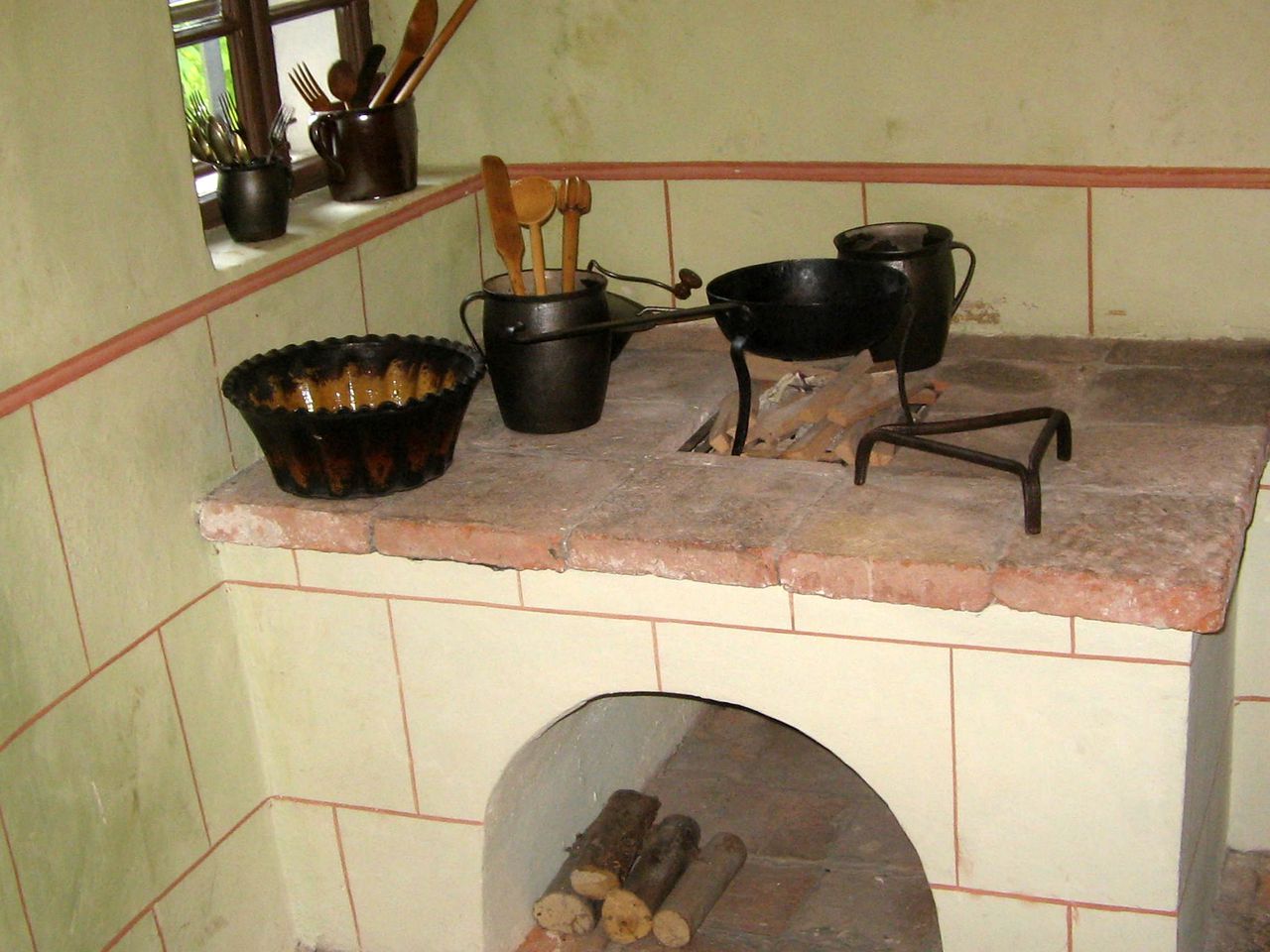 The Miner's House and its ethnological collection in Idrija shows the household and living conditions of miners and their families in the past. Men in Idrija worked almost exclusively as miners in the Idrija Mercury Mine; women were housewives, taking care of the children and trying to earn additional money with various domestic jobs, typically from knitting and making Idrija bobbin-lace. Most families could not afford to have their own house but were usually tenants in private homes and, after 1870, resided in apartment blocks called prhauzi.

The Miner's House was built at the end of the 18th century and has preserved the main features of typical Idrija architecture. After undergoing extensive renovation in the 1990s, the house is today protected as a cultural monument and administered by the Idrija Municipal Museum. The furniture and tools of the household date back to the first half of the 20th century.

The entire structure is built almost entirely of wood, except for the stone foundations, stone cellar, interior kitchens, and vestibules. The upper parts of the external walls are made of wooden boards lined with laths, plastered and whitewashed. The roof is covered with fir boards referred to by the locals as šinklni. Owing to its height, along with its white façade and many small windows, the building gives the impression of an immense, if not monumental building.

In the 19th century some 16 people lived in a single house. Each owner rented out at least one apartment. The landlord had a better social status than the tenant, since he reared domestic animals and collected rent. The lack of space forced families to live modestly. Quite a lot of imagination was needed to create sufficient sleeping space. The youngest child usually slept in a crib, two children in a drawer – ladlc, and the rest of the children on a wooden bench with a backrest – kanape, or in a straw bed, while in summer young boys often slept in the attic. 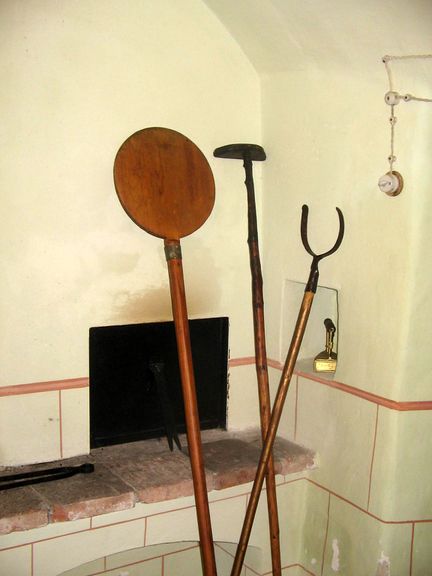 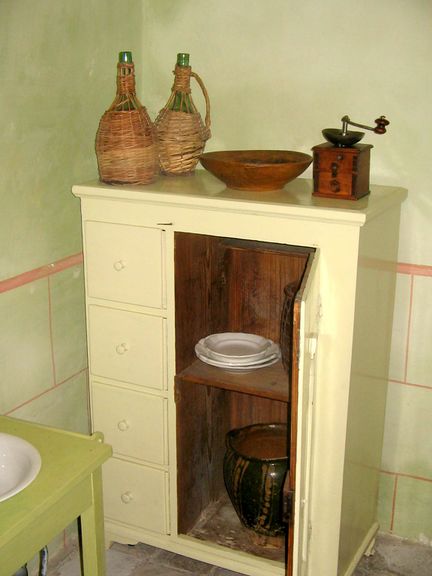 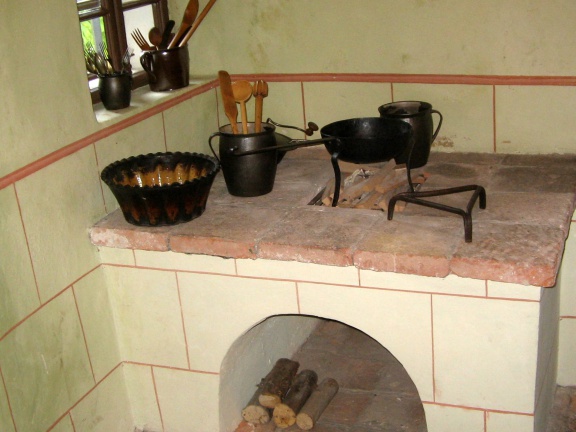 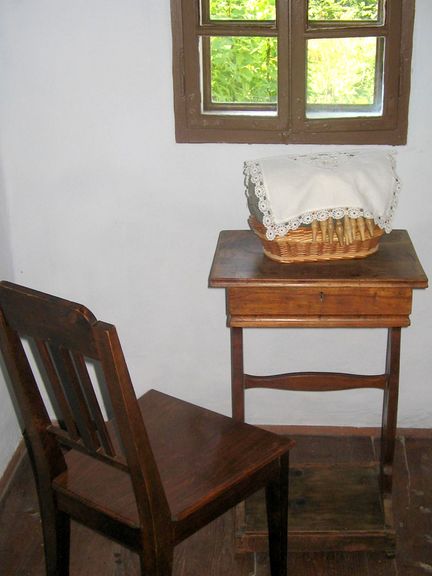 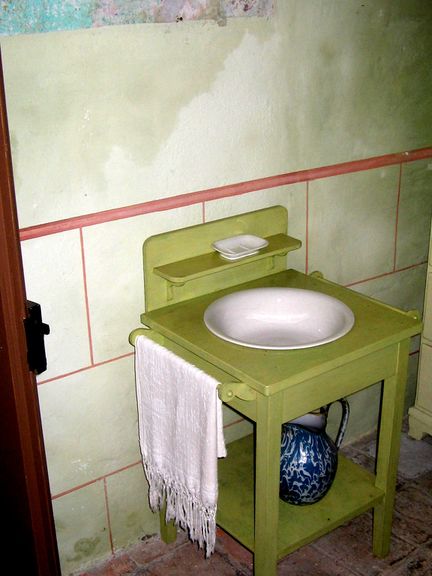 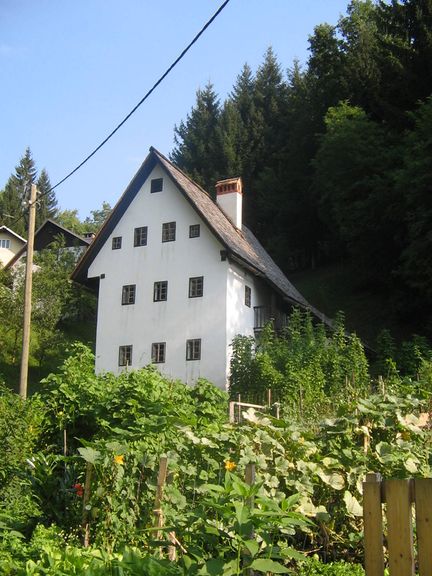