The Railway Museum of Slovenske železnice displays the railway heritage of Slovenia, as gathered and preserved by the Slovene Railways company and its predecessors. Featuring still functional old steam locomotives set in a former locomotive shed, this is a small, yet very curiously laid-out and comprehensive, museum.

The museum is divided into two sections: a collection of vehicles (steam locomotives, coaches, wagons and other historic rolling stock) and a permanent exhibition of old apparatuses, tools and other items of heritage relating to various fields of railway history and technology. Thematic temporary exhibitions are held here, as are occasional related events. Additionally, regular rides with historic trains are also a part of this enterprise. 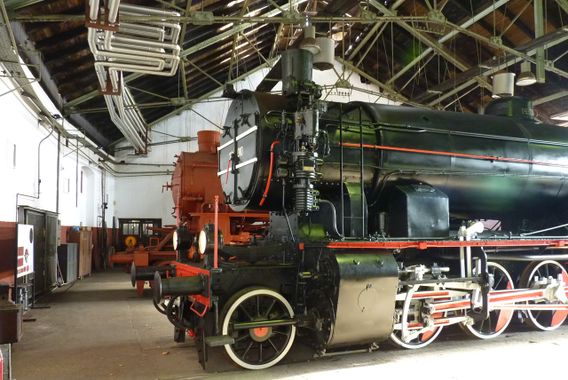 The museum is set at the former Ljubljana Šiška railway station, just north of the central train station in Ljubljana. The locomotives and carriages are displayed in the "roundhouse", a semicircular shed forming the centrepiece of the depot. Provisionally laid with railway tracks, the shed itself is enlisted on the register of cultural heritage. The rest of the collection is gathered at a separate site next to the roundhouse.

The museum was formally established in 1981, when the Slovenian Railways established a museum section to manage its collection of old locomotives and some other historic artefacts, consciously collected since the 1960s and stored in a former locomotive shed that now houses a part of the museum.

In 1991, the institution was renamed the Railway Museum of Slovenske železnice, focusing on the exhibition of 10 locomotives (out of the 60 they possess). In 1996, marking the 150th anniversary of the advent of railways in Slovenia, the permanent exhibition was enriched with another display, this one with somewhat smaller railway artefacts. In 1999, the roundhouse was renovated and, in 2004, a new exhibition building was opened to the public. 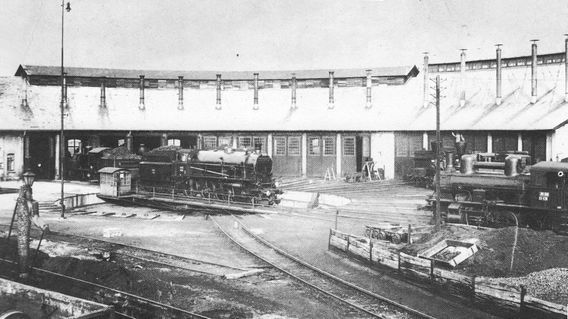 The main vehicle collection is made up of 10 locomotives (one of them dates back to 1861). However, there are also 50 other vehicles such as carriages and light auxiliary rail vehicles once used by permanent way supervisors and maintenance personnel. Both narrow and standard gauge locomotives can be found in the round house, most of them in superb condition. One of the locomotives is fitted for children to explore.

There are also about 1000 pieces related to permanent way building and maintenance, railway network development, the workings of a railway station and the related communications infrastructure. Maps, illustrations, uniforms, lanterns, telegraphs, radio stations, historic boundary stones (engraved with the individual railway companies' acronyms), clocks and signalling equipment present the railway life and services from the period of the Austro-Hungarian monarchy onward.

Also, a small art gallery presents visitors with works of art dedicated to the railway. 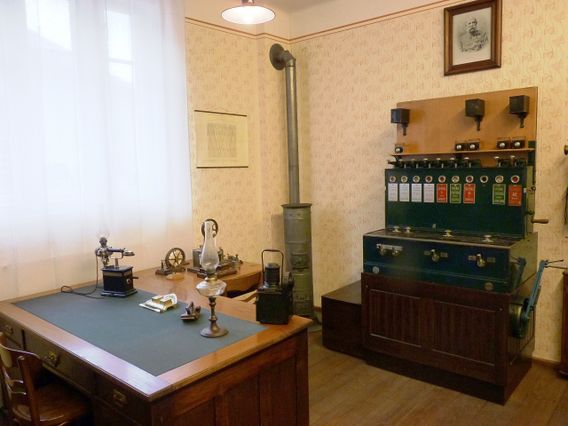 The museum's permanent collection is enriched by thematic documentary and artistic exhibitions that deal with railway history or related motifs. For example, an exhibition of old postcards depicting the famous Borovnica Railway viaduct (ruined in WWII) was prepared in collaboration with the Borovnica Historical Society. Similarly, the history of railways in the Prekmurje region was depicted in an exhibition set up together with the Lendava-Lendva Gallery and Museum.

The museum also regularly hosts the model railways' fairs as well as many other events, more often than not intended for children. The roundhouse has also occasionally been used as a venue for independent and alternative culture events such as Mladi levi Festival and concerts by the group the Stroj.

There are two heritage trains currently operating, both worked by steam locomotives. One traverses the Slovene Alps – the Transalpina - the Bohinj Railway. Another is the weekly heritage train service which runs on Saturdays between the towns of Celje and Imeno, driving through a total of 21 municipalities.

The former boiler room which now houses the Railway Museum of Slovenske železnice collection of vehicles, as photographed somewhere around 1935.

The exterior of the Railway Museum of Slovenske železnice, 2008

A reconstruction of the old railway carriage, set up at the Railway Museum of Slovenske železnice, 2011

A Railway Museum of Slovenske železnice reconstruction of the old railway bureau, complete with the emperor Franz Joseph's (1830–1916) portrait, 2012

A reconstruction of the historic railway station, as set up at the Railway Museum of Slovenske Železnice, 2012

One of the steam locomotives in the Railway Museum of Slovenske železnice collection of vehicles, 2012

An illustrated map of the museum Railway Museum of Slovenske železnice, as drawn by Aleksander Jankovič Potočnik (also author of the now defunct Ars-cartae.com)

The premises of the Railway Museum of Slovenske železnice can also be rented for various events, public as well as more private.
Retrieved from "https://www.culture.si/w/index.php?title=Railway_Museum_of_Slovenske_železnice&oldid=186084"
Categories:
Hidden categories: