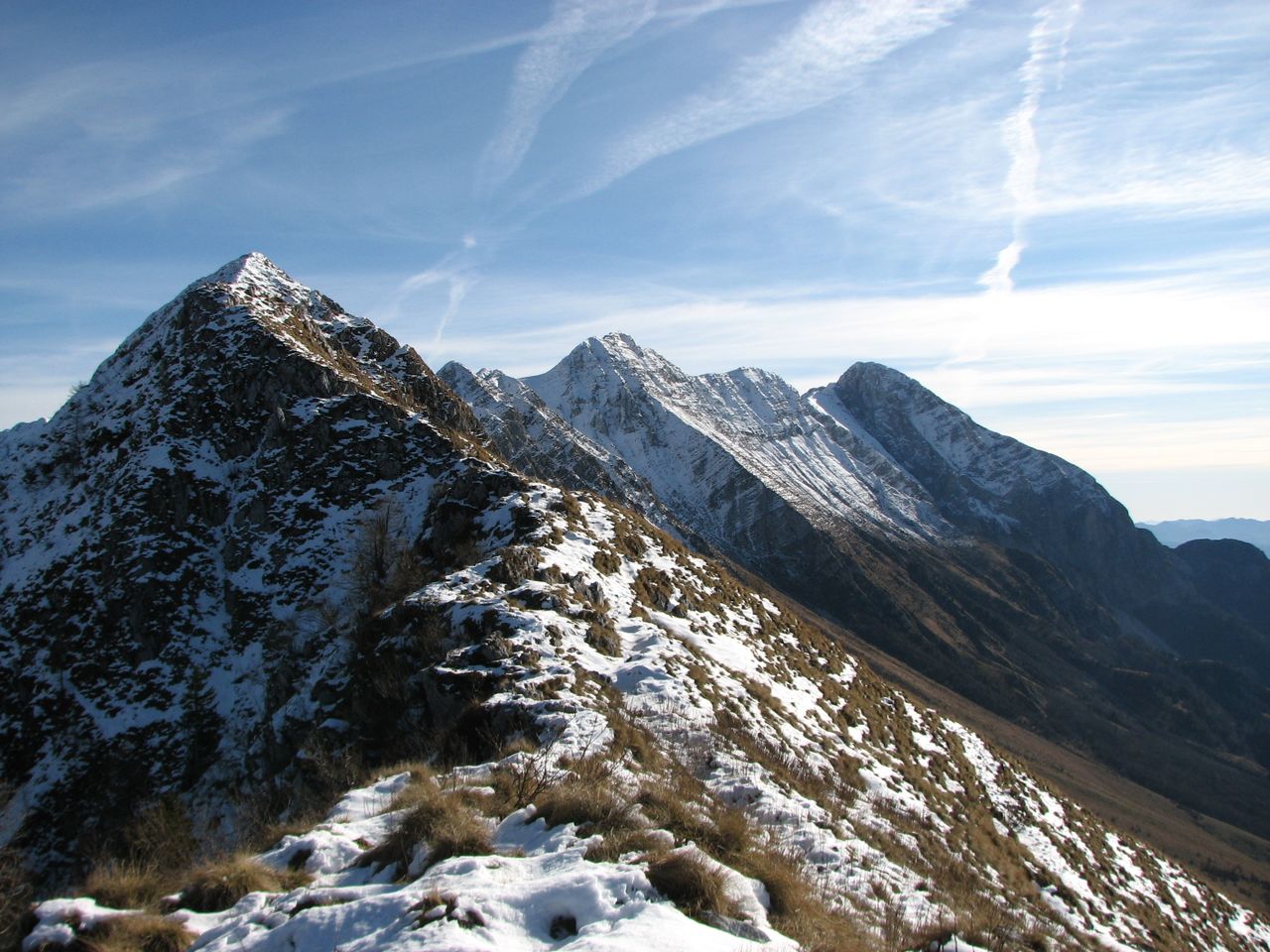 Through crowd-sourcing memory collection actions such as the one from Europeana organised to gather and digitise memorabilia about World War I, descendants of those who lived through the Great War and history buffs can gain a new look at the deadliest conflict in history. Alenka Pirman tells of how Slovenia was involved in the collection efforts.

Eventually one gets numb.

Because I love "contemporary archaeology", whenever I go hiking in the Julian Alps above the Soča River, on the outskirts of the Triglav National Park, I look for remnants of the Great War. In 1915–1917 this vast, remote territory was one of the front lines in Europe. The abundance of the scattered material has filled up many private and public collections of war memorabilia and yet one can still find pieces of weapons, boot soils, barbed wire or nails. I guess I am fascinated with these findings because they are so out-of-place. The traces of the modern war industry amid the still and everlasting nature. Too romantic? Well, there are other ways of encountering such proof of man's vices. 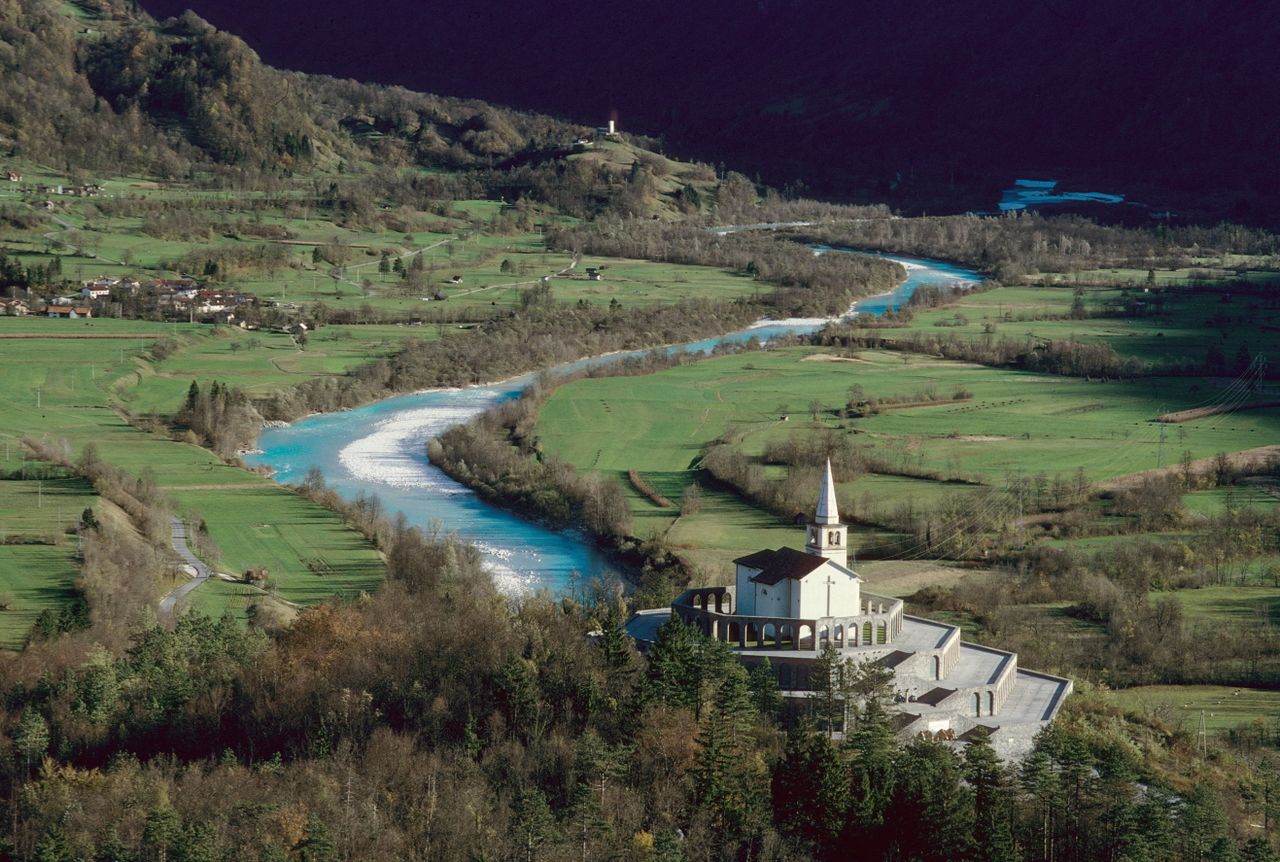 An Italian charnel house above the town of Kobarid. Dedicate to those fallen in WWI, it is featured in the Walk of Peace.

When the past interrupts the present

A producer of ultralight aeroplanes and winner of several NASA competitions [2], Pipistrel [3] is one of the most vital Slovenian companies. To maintain its world leadership, it only needs to keep running faster than anyone else and stay ahead of its time. But guess what slowed it down when building a new manufacturing plant near the Gorizia airport in Italy? The remnants of World War I! The company was building on the ground where just over 100 years ago, soldiers threw an incredible amount of explosives at each other. Some 40 unexploded shells were dug out during the de-mining process, at Pipistrel's cost.

But the time has come to move from anonymous hardware to personal software. The cultural heritage portal Europeana [4] prepared for the centenary of WWI with the appeal: Citizens of Europe, bring us your memories![5]. Indeed, Marko Štepec, the curator at the National Museum of Contemporary History once told me that only recently people could consider handing over their great- or even great-great-grandfather's documents and personal objects from the Great War. How frustrating that the half-time of personal attachment is so long and that these painful or dear memories began pouring in on the researchers' tables with such a delay. Frustrating, because we have several successive wars piling up and waiting to be reconciled, also through science …

Europeana hit the road just in time! It has evolved its practice for digitising European cultural heritage from a top-down institutional model into an active agent that addresses people, not institutions. Under the slogan "Your family history of World War One" it launched (with the help of local co-organisers) an epic series of crowd-sourcing events in which people have been invited to bring memorabilia. We do not have to hand them over, but we simply get them scanned and filed in our common European digital library.

The principle is not new; the project is based on an initiative of the University of Oxford [6]. For years, the numerous collaborators of Kamra, Slovene regional libraries portal, have been meticulously addressing the locals, collecting bits and pieces, and publishing them online in the form of documented stories. The librarians and museum curators involved in Kamra decided to join Europeana's endeavours and launched a side project focused on WWI stories [7]. That's where I found the letter from Jože Cvelbar, a young poet who never returned from the war. 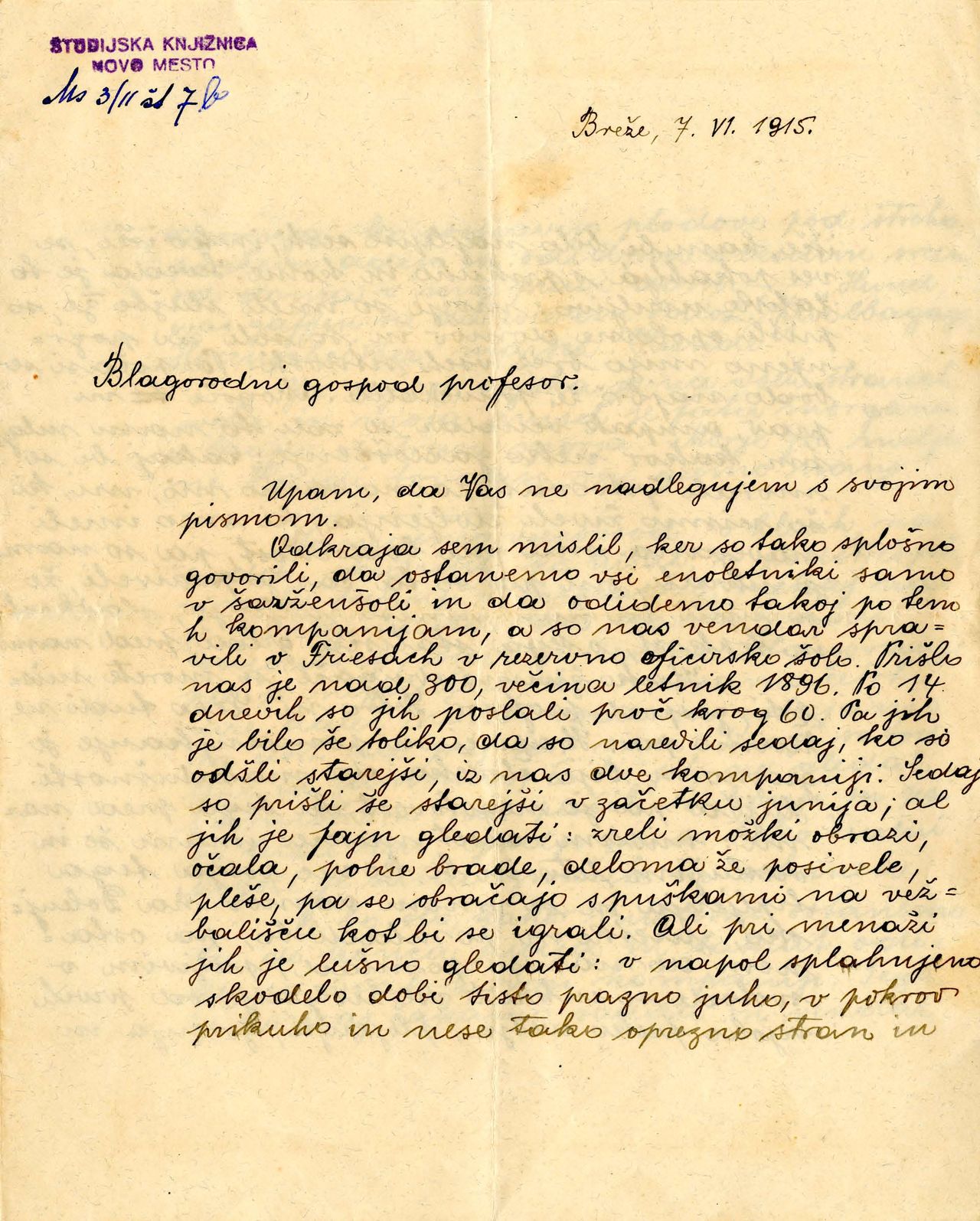 The organisation of the public Europeana 1914–1918 events in Slovenia was in the hands of the National and University Library, the main supplier to Europeana of digitised content from Slovenia (with a modest contribution from Culture.si).

The first event, Farewell to Arms. Welcome the Memories, took place in March in France Bevk Public Library Nova Gorica in Nova Gorica. The event gathered 40 people who brought around 300 objects and told some 90 stories. The experts from Oxford were thrilled. The next opportunities to meet the experts and scan the material were in April at the Military Museum of the Slovene Armed Forces in Maribor and in May at the Celje Central Library. With our help, World War I is thus paradoxically becoming somehow more humane but no less absurd, I'm afraid.

Side benefits to digitisation?

The digitisation of European cultural heritage remains in the focus of funders and institutions alike. Accessibility and the reuse of digitised objects are also strongly encouraged by the highest authorities. The European Commission, for instance, indicated targets for the minimum content contribution to Europeana that needed to be met by each member state. [8]

The European Council's Working Group calculated that "data is the new gold" and that it can ensure the "possible direct and indirect gains of 140 billion Euros across the EU27″. It seems that by scanning our families' memories of WWI and making them available through Europeana, our common contemporary treasury, we might even contribute to the growth of the GDP and thus assist in preventing the next armed conflict.

Retrieved from "http://www.culture.si/w/index.php?title=Remembering_World_War_I&oldid=310149"
... more about "Remembering World War I"
RDF feed
PostAuthor
Alenka Pirman +
Teaser100
Through crowd-sourcing memory collection a … Through crowd-sourcing memory collection actions such as the one from Europeana organised to gather and digitise memorabilia about World War I, descendants of those who lived through the Great War and history buffs can gain a new look at the deadliest conflict in history.look at the deadliest conflict in history. +
TeaserImg 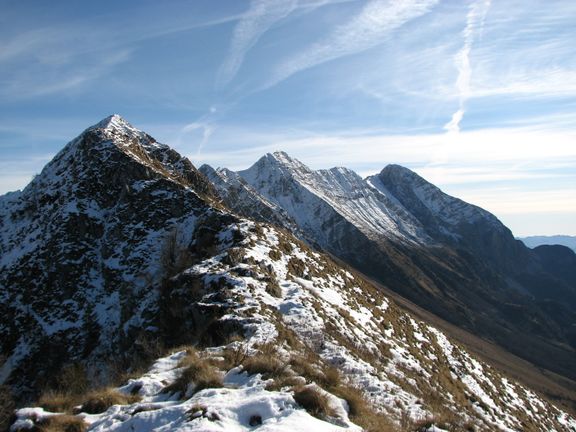