Founded in 1999, the SToP Slovene Percussion Project is a percussion ensemble of a highly diverse artistic profile. It deals with contemporary chamber and electro-acoustic music, experiments with new instruments, runs projects and performances for children, and mixes music with performing arts. Besides regularly performing in various contexts in Slovenia (also doing more 'lighthearted' and playful gigs, running workshops, and partaking in theatre and dance plays), they frequently do gigs and projects abroad.

The group has been awarded two prestigious prizes, the Prešeren Foundation Award and the Župančič Award. 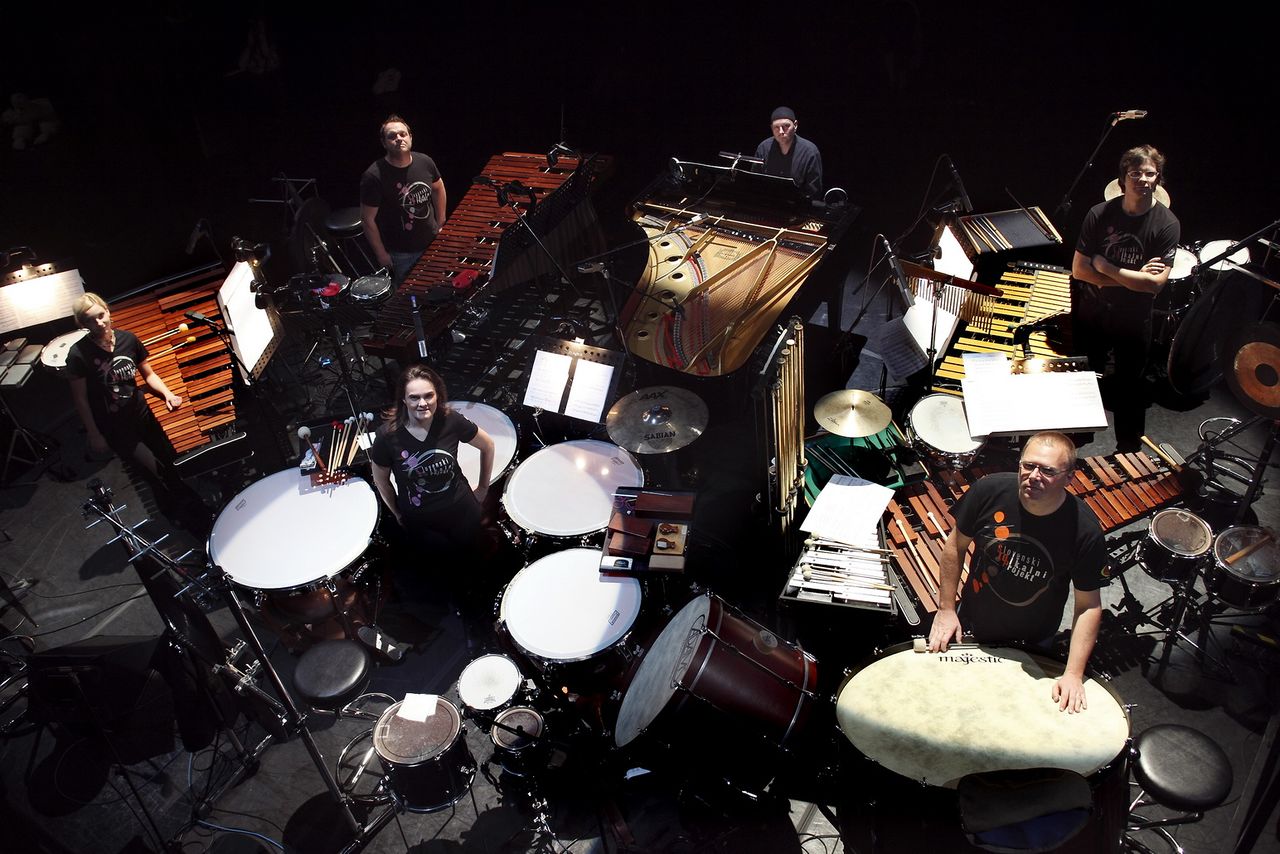 All members of the group are academically educated, with the better part of them playing in the Slovene Philharmonic Orchestra. They are engaged in a range of different brass bands and chamber ensembles (for example, MD7 Ensemble), with Tamše also acting as the artistic director of the BUMfest International Percussion Festival.

The SToP repertoire consists mostly of 20th- and 21st-century classical music (from Edgar Varese's Ionisation to Manfred Menke's performance called Small Kitchen Music), as well as contemporary, electrical-acoustic pieces. Such works are usually presented at independent gigs at the Slovene Philharmonic or through various projects at the Slowind Festival.

They have, among others, worked with Carmina Slovenica, the Slovene Philharmonic String Chamber Orchestra and the Slowind Quintet. The group also collaborated with the choreographer Matjaž Farič and pianist Milko Lazar in the performance Shiver: Sound on Skin [Srh: Zvok na koži] which premiered at Cankarjev dom (the production, produced by Flota Institute, was later invited to the festival euro-scene Leipzig in Germany).

Some compositions have been specially commissioned by StoP from Slovene and foreign contemporary composers, though they also frequently present compositions, written by the group's members themselves.

SToP has, among other things, recorded an album featuring works by the most renowned and forward lookin Slovene composers (whose works they also perform otherwise) such as Nina Šenk, Vito Žuraj, Matej Bonin, Larisa Vrhunc, Bojana Šaljič Podešva, and Nana Forte.

By way of their musical events and workshops the group strives to introduce their (younger) audiences to a broad variety of classical and ethnological instruments as well as unconventional instruments like kitchen utensils, car brakes, screws, and hammers. Year-long they organise workshops, seminars and summer schools.

The group has independently played and toured in Spain (there they were invited to the Ribarroja del Turia Percussion Festival and the Festival PerkuLiria), Italy, Austria, the Czech Republic, Croatia, Montenegro, Lithuania, and South Korea (there joining the Seoul Drum Festival and participating at the opening ceremony of the FIFA World Cup).

They also played with the Slovene Philharmonic String Chamber Orchestra in Sombor (HR), with the percussion group Bing Bang in Zagreb (HR), and with the Slowind Quintet in Opicina (IT).

In 2010, SToP collaborated with the Japanese percussionist Haruka Fujii, with whom they toured Slovenia with performances that combined both Asian and Slovene drumming traditions. They also cooperated with other internationally renowned percussionists and composers such as Evelyn Glennie, Ney Rosauro, Nebojša J. Živković, John Beck, Bernhard Wulff, Manfred Menke, Chou Weng Chung, and others... 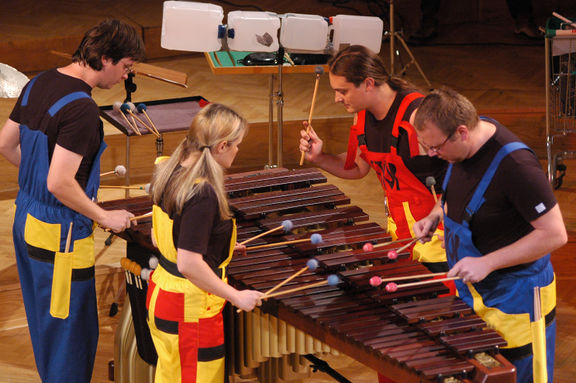 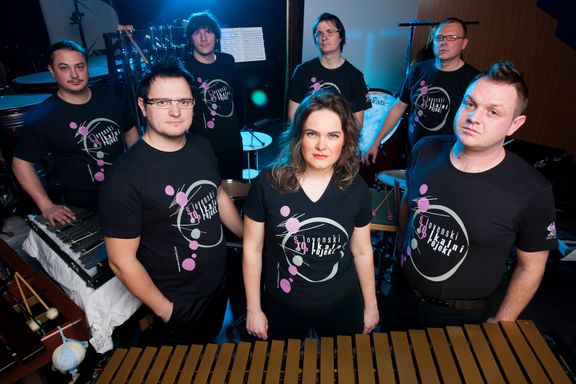 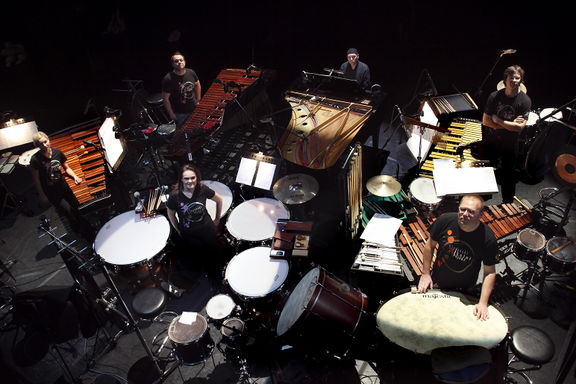