Occupied in 2011, the Trainstation Squat is a multi-purpose venue for alternative culture based in Kranj and established by the local youth. It is located besides the train station (hence the name) and before it was deserted and subsequently squatted, it served as a wood storehouse. Nowadays, the place has a much more varied purpose and functions as a place for music concerts, film screenings, theatre performances, graphic arts exhibitions, skateboarding, workshops, and more.

The place endorses an open-door policy and enables quite a few producers to set up their various events and programmes, naturally more or less of a non-commercial nature. Some of the crews and collectives who operate here are KUD SubArt (the association responsible for the venues), Vibe department, NKLG, Spiritual Submarine, Forestdelic, Interparty, KD quilenium, DWEBA, Lose Control and the Kranj Student Society. Layer House, the city's other cultural centre, also regularly cooperates with the Trainstations (as it is usually called), as do the Rock bar Down Town and the SubArt Festival, of which a sizeable part takes place here.

In the decade before Trainstation Squat was established, the subcultural activities in Kranj were based at the Izbruh Cultural Pool (Izbruhov kulturni bazen), another squatted place that used to be an indoor swimming pool. Izbruh has been hosting a range of different programmes very similar to that of the Trainstation. In 2011, the club ceased to exist and was later turned into a more commercial venue. At about that time, some of the protagonists responsible for Izbruh's vivid programmes already moved to another place by the bank of the Sava River (called Klub Subart) and a little bit later, settled at the current subcultural centre located along the rail tracks. With time they somehow managed to arrange an ad hoc co-habitation agreement with the city authorities.

In October 2015, Trainstation Squat nevertheless temporarily stopped its activities due to unresolved issues with operating licenses. On its way to become fully legalised, it re-opened its doors in February 2016.

Alongside an intensive programme with over 100 events, the Trainstation hosts other regular creative enterprises like band rehearsals, music studio work and regular drawing, painting, screen printing, sewing sculpturing, and graffiti endeavours at the graphic arts studio. You can join in these activities by way of workshops and check out the artists output at monthly exhibitions. There is also a skate ramp, a small room with computers, a kitchen, and a bar that operates during the concerts.

An important part of Trainstation's programme are films, both documentaries as well as features, which are screened at the film evenings called Kinofobia. An upgrade of this cycle is an annual movie festival and a part of the SubArt Festival programme.

The presented music is extremely varied and one can routinely hear metal music with bands such as Noctiferia, Knaegt (SW), and Omen (US); techno and trance DJs (for example, the UK techno DJ Ben Long of Space DJz); ska and reggae collectives (The Moon Invaders (BE)) and all sorts of other musicians in the manner of Ozric Tentacles (UK), Juno Reactor (UK), Divinity Roxx (US), Sister Sin (SW), The Toasters (US), Watain (SW), U.K. Subs (UK), Paprika Korps (PL), Sister (SW), etc. 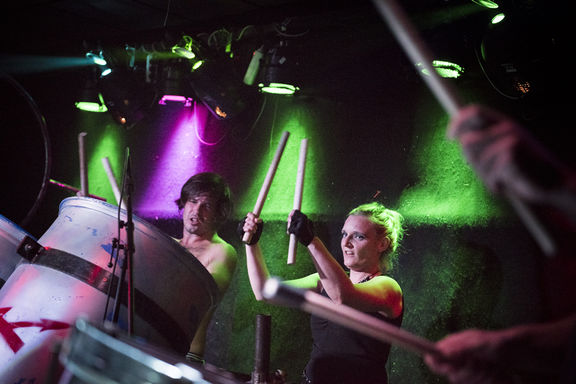 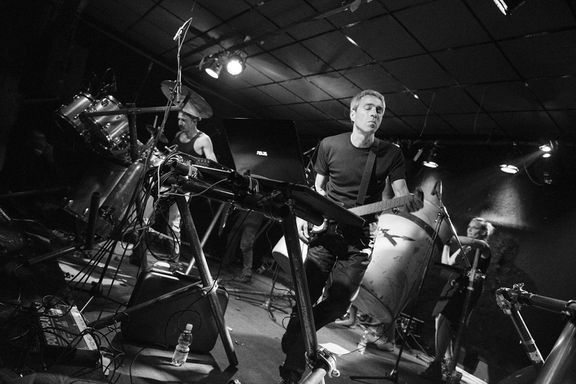