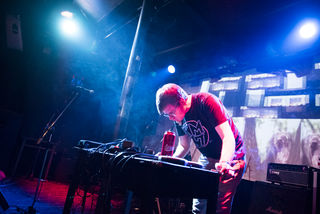 An essential part of the basic orientation of Radio Študent (RŠ) is to discover and encourage young and relatively unknown Slovene musical artists and bands that show originality, creativity, and the potential to evolve into respected Slovene innovators. This attitude is clearly demonstrated in its project Klubski maraton started in 2001. The programme has its roots in the legendary Novi Rock [New rock] festival that took place from 1980–2000.

Since 2001 the six-week tour of the Slovene youth and alternative club circuit offers young musicians the experience of touring, performing and making public appearances. Conversely, Radio Študent "gives" the concerts (and critically-selected musical artists) to Slovene clubs, supporting and connecting with the Slovene musical and club scene.

After live concerts in the Radio Študent studios and the Slovenia tour, at the Finale at Klub Menza pri koritu all bands/artists perform, demonstrating what they have achieved during the tour.

Radio Študent also releases a CD compilation of the event every year.

Club Marathon begins in September with live concerts in the Radio Študent studios, followed by the tour of Slovenia, which ends with a special Finale in the beginning of November at Klub Menza pri koritu. 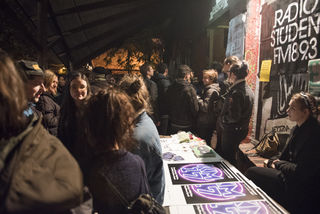