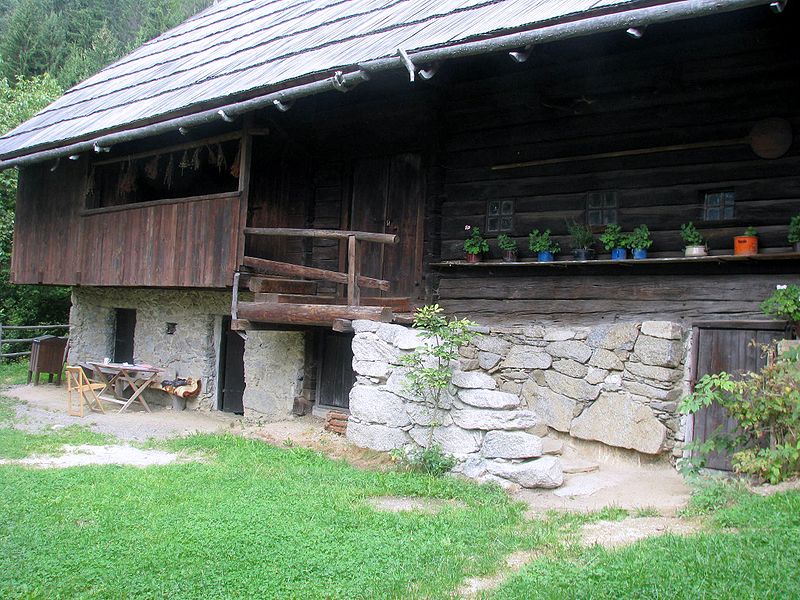 Kavčnik Homestead in Zavodnje near Šoštanj is a splendid example of Slovene vernacular architecture, with a 400-year-old smokehouse (dimnica or kuhna). It was in use in the Alpine region and is the southernmost surviving example. A unique example of rural architecture the homestead was opened as an open air museum in 1992 and was nominated for the Museum of the Year Award in 1993. As the homestead was inhabited until 1983, the tools, furniture, and living quarters found within still give the impression that somebody is living there.

Hearth as a heart of a dwelling

The entire farm was built around its brick hearth (dimnica), the remaining buildings are wooden including the roofs. Around the main living quarters with a stove, there are a barn, a hayrack (kozolec), herb garden, tool sheds, a grape press, a field toilet ... But the most important and the oldest is the dimnica – also called kuhna (a variant of kuhinja meaning "kitchen") by former inhabitants – that prevailed in northern Slovenia from the 11th until the late-18th century when, because of frequent fires, the authorities began to adopt strict measures to ban them. The smokehouse's little window with its unique sliding mechanism, and details of the wooden hinges at the entrance door to the shed, confirm that the core of the building, including the shed, probably dates from the 17th century. At that time it was the only living quarter in the Kavčnik homestead.

By prior appointment, the museum staff can light the fire in the hearth and visitors may also roast apples on the open fire, providing a truly authentic experience of the simplicity of life in the past. Although the smoke hanging in the air may cause visitors to rethink their romantic impressions of the past when it starts to aggravate their eyes and lungs, a visit to the Kavčnik Homestead provides a rich and bona fide experience of Slovenian cultural history. 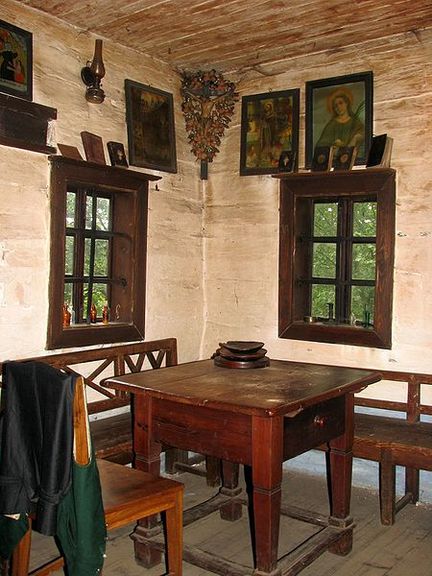 The bohek corner in Kavčnik Homestead museum, where the family would have eaten together 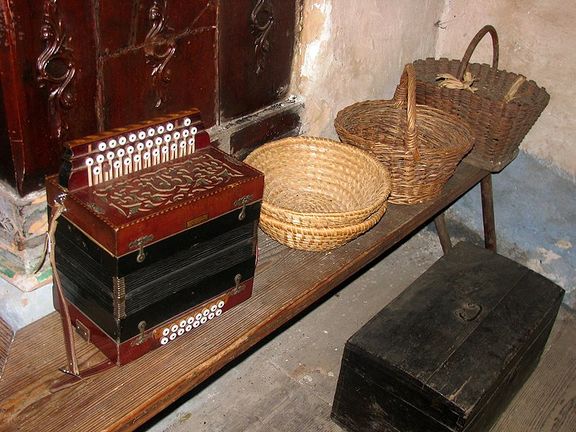 Domestic items remain in the Kavčnik Homestead, which was occupied until the 1980's, giving the feeling that the house is still inhabited 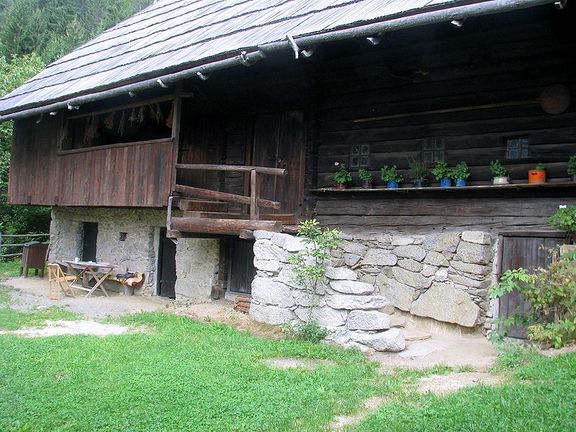 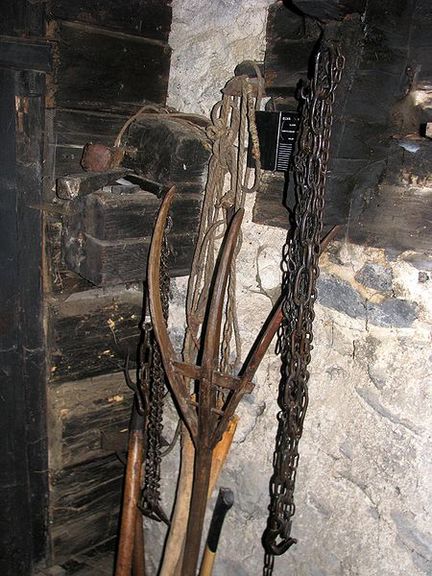 Farm tools remain in the basement of Kavčnik Homestead, all of the farm has been preserved in working order except regrettably the granary building which was earlier lost 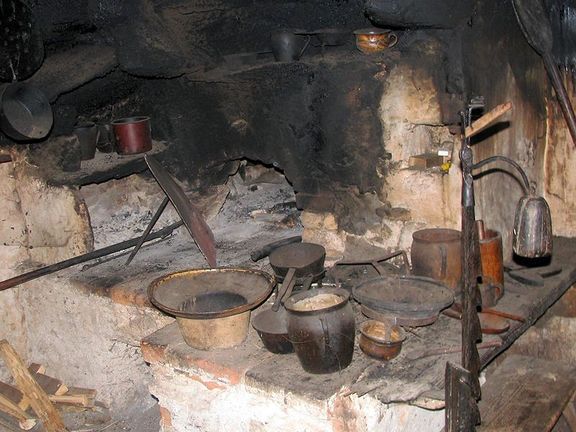 Kavčnik Homestead, the fireplace in the smokehouse [Dimnica] - an historic style of kitchen with no chimney. This was the first part of the building that was constructed, probably in the 17th century, with other rooms added later 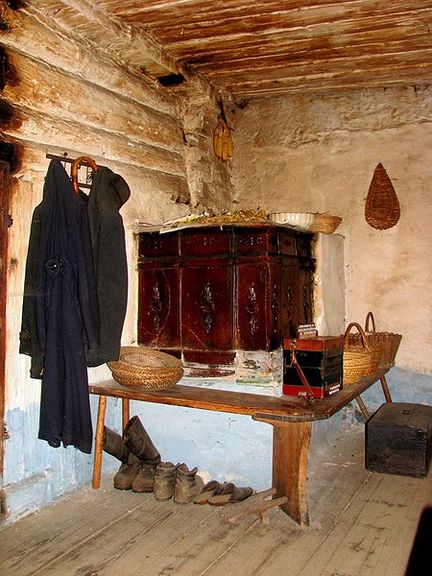 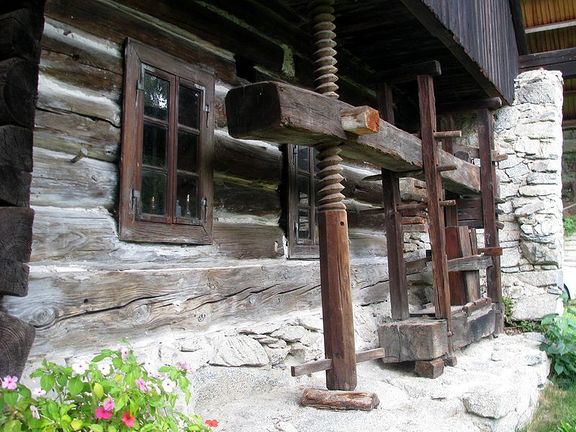 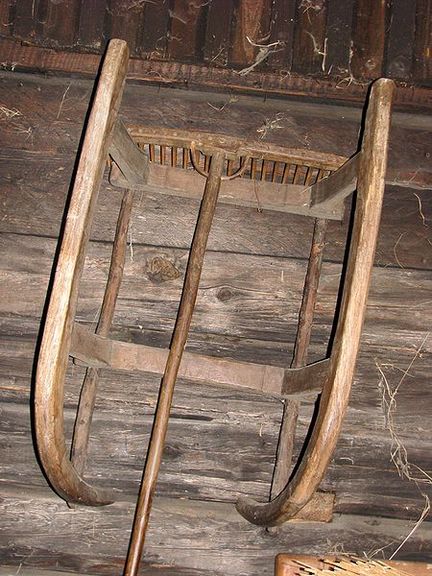 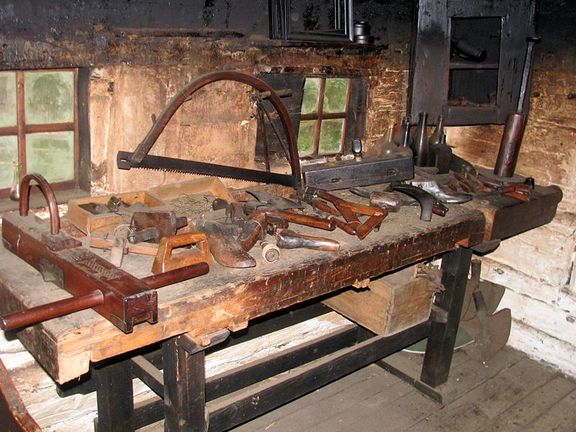 The entrance of Kavčnik Homestead, a museum of folk architecture with the core of the building -the smoke house - dating from circa 17th century. +
TeaserImg