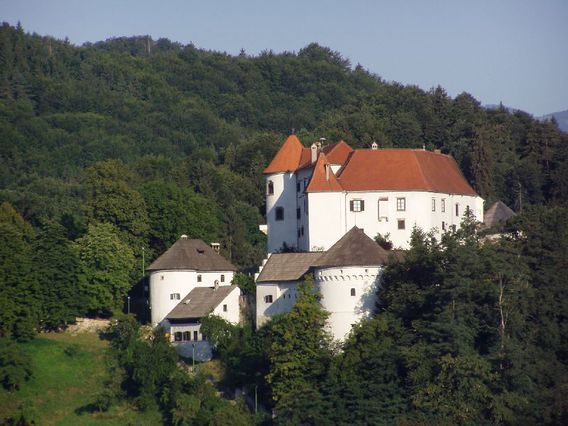 Housed in Velenje Castle, the Velenje Museum is a public cultural institution which collects, documents and preserves the cultural heritage of Velenje and the Šaleška Valley. Its diverse collections are displayed in a number of thematic exhibitions. They cover a vast range of historical periods and phenomena including prehistoric times and the remains discovered in the Šaleška Valley from 2 types of mastodons; the development of the modern mining town of Velenje during Socialism; the internationally important African collection gathered by František Foit; Baroque church art; sculptures and designs of Ciril Cesar; contemporary art from the Gorenje Art Collection; authentic interiors from the 1930s, and other ethnological reconstructions of the characteristic vernacular heritage of the Šaleška Valley.

The museum also manages the Kavčnik and Gril homesteads, the WWII memorial sites at Topolšica and Graška gora, the Museum of the Leather Industry in Slovenia, the so-called House of Minerals, and the F-Bunker Gallery, dedicated to photography.

The museum originated in 1957 when the Association of Mining and Metallurgy Engineers and Technicians of Velenje (DRMIT) established the Slovene Coal Mining Museum at the premises. Gradually, the first collections were organised, and at the same time, an intensive renovation of the building was done. In 1966, the permanent exhibition of Coal Mining in Slovenia was presented. However, in 1998, the mining collection was relocated to the authentic setting of the 180-metre-deep Old Shaft (Stari jašek) at Velenje Coal Mine, where it became part of the Coal Mining Museum of Slovenia.

First mentioned in 1270 as Wellen, Velenje Castle is one of the most well-preserved in Slovenia. During its 740-year history, it has been changed and rebuilt many times, especially in the 16th century, when it was transformed into a Renaissance residence. According to the spirit of the times, various owners have contributed to the diversity of the castle's look and the Velenje Museum has embraced these differences and incorporated the collections into suitable parts of the castle.

The northeastern defence tower of Velenje Castle, rearranged into a chapel in 1660, was renovated in 1985 and a collection of Baroque church art (St George in Škale) was installed there. The collection comprises works of well-known sculptors and painters from Štajerska. Particularly eminent are the works of the sculptor Ferdinand Galle from Celje, especially two wooden statues representing St Florian and St George, dressed in Roman military costumes.

Two authentic interiors from the 1930s are the general store and the inn. The general store exhibits original furniture of two shops from the Šalek Valley and about 1,500 different articles from the period. They comprise various cartons, advertising boards, vessels, scales, boxes, textiles, bags, fashion accessories, tobacco products, perfumes, a cash register and even original spices, teas, soap, and detergents. The inn is decorated with original furniture and features a bar, refrigerator, cupboards for glasses and plates, tables, chairs, benches, coat stands, a gramophone and wall paintings. Further smaller items include various soda and soft drink bottles, glasses, beer jugs, wine carafes, beer bottles and crates. Both rooms are arranged to be used functionally.

The archaeological collection presented at Velenje Castle includes the remains of two species of prehistoric elephants discovered in Škale near Velenje in 1964, together with a life-size replica of the animal (Anancus arvernensis). The permanent exhibition The Šalek Valley from the 10th to the 17th Centuries shows the turbulent history in the Middle Ages, the strategic and cultural importance of the town of Velenje's control over important routes towards the north.

Partisans and the period of WWII can be seen in the Šaleška Valley Between 1941–45, in which the difficult times of the German occupation and the battles of the Slovene 14th Partisan Division are presented. The City that was Called a Miracle, a recently refreshed display, is dedicated to the period 1945–1960 and portrays the times of rapid industrialisation which spurred the growth of the town.

The notable exhibition African Collection of František Foit is another impressive attraction, featuring the collection of the Czech academic sculptor. It was acquired in 1971 and comprises African vessels, masks, puppets, Foit's sculptures and portraits as well as his audio recordings. Foit moved to Velenje after 25 years of living and researching in Africa but tragically died soon after in a traffic accident when accompanying the transfer of his collection to Velenje. His widow, however, stayed in Velenje until 1995 when she moved back to Czech Republic. 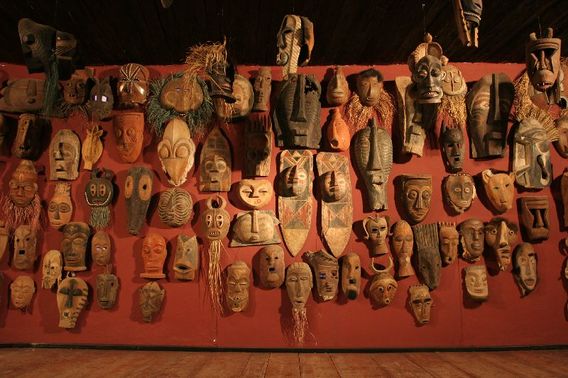 The museum manages several dislocated museum units. The Kavčnik Homestead in Zavodnje near Šoštanj, the Memorial Room at Topolšica dedicated to the capitulation of German military forces of south-east Europe that was signed to Partisans in Topolšica spa resort on 9 May 1945. The Memorial Room at Graška Gora is consecrated to the combats of the legendary 14th Partisan Division. The biggest unit is the Museum of the Leather Industry in Slovenia, established in 2009 in the former leather factory.

The bohek corner in Kavčnik Homestead museum, where the family would have eaten together

Domestic items remain in the Kavčnik Homestead, which was occupied until the 1980's, giving the feeling that the house is still inhabited

Farm tools remain in the basement of Kavčnik Homestead, all of the farm has been preserved in working order except regrettably the granary building which was earlier lost

Kavčnik Homestead, the fireplace in the smokehouse [Dimnica] - an historic style of kitchen with no chimney. This was the first part of the building that was constructed, probably in the 17th century, with other rooms added later