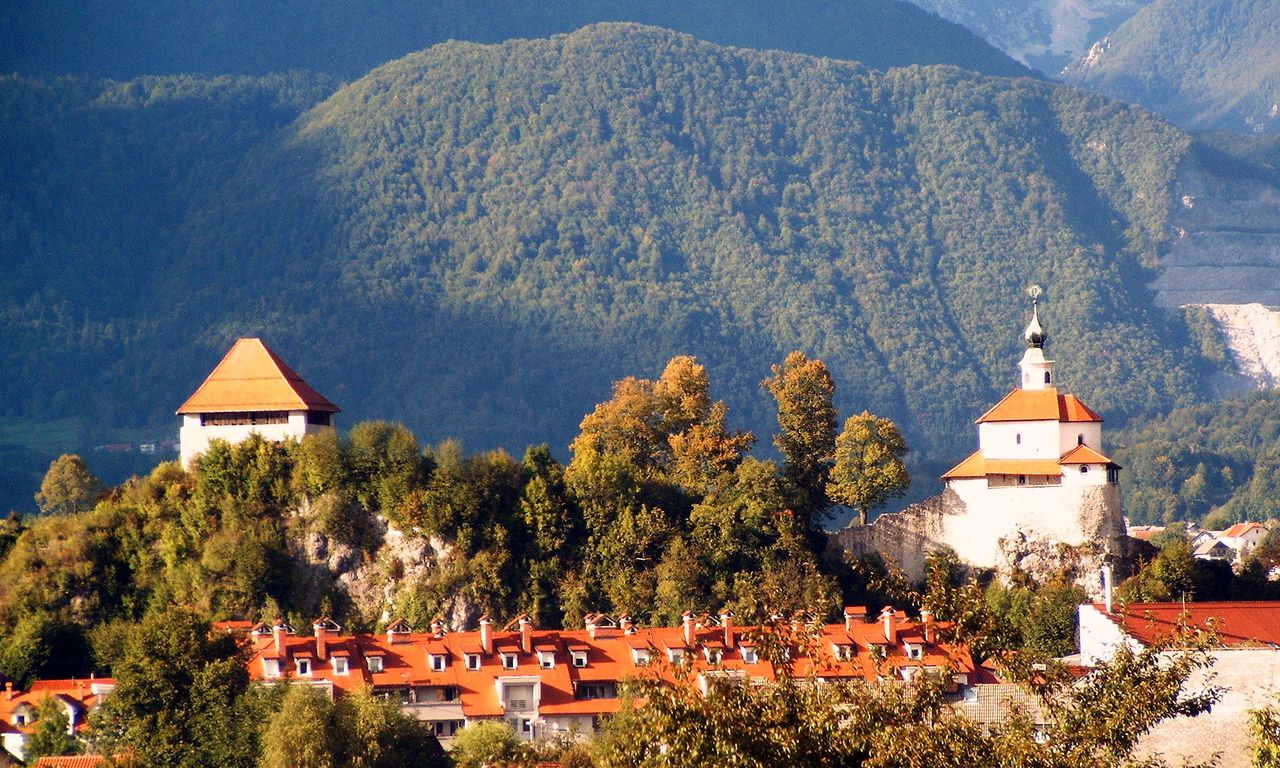 Mali grad in Kamnik viewed from the Southeast, 2012.

Mali grad ("Little Castle") in Kamnik once formed part of a castle constructed in the 11th or early 12th century at the strategic site above the narrow passage of an important trail. The Romanesque chapel of St Eligius is one of the most important Slovene medieval monuments despite later alterations; one of the oldest of its kind even in Europe the chapel features a wooden ceiling and exquisite fresco paintings.

The archaeological finds show us a cult centre in pre antique times. The castle is first mentioned in 1202, but was of older origins.

At the end of the 13th century the castle caught on fire, the north-east part was demolished and never rebuilt. The castle was torn down in the 16th century after an earthquake in 1511, leaving only a 2-storey Romanesque chapel (Dvojna kapela) constructed between the 11th and 15th centuries.

The castle is in ruins today; beside the chapel one can see the remnants of defensive walls, and the recently restored and newly covered defensive tower.

The first chapel of St Margaret with a crypt, the presbytery of today's lower chapel, was erected around 1100. When the nave was added, the Romanesque portal with the lunette was displaced. In the 13th century the chapels' second floor was built, dedicated to Bartholomew the Apostle, with a Gothic vault built after 1470. The lower chapel was then dedicated to St Eligius, decorated again after 1771 with frescos by Janez Potočnik. The whole chapel was rebuilt in Baroque style around 1700. Inside there are also remnants of Gothic and Baroque frescos.

Legend has it that the stingy Countess Veronika once lived in Mali grad. One day she got a visit from 3 priests who asked her for money for the renovation of the church. Veronika answered that she preferred to be converted to a snake rather than give them money. The words had been barely spoken when lightning struck her and she became half snake and half human. She was saved by a 7-year-old boy who whipped her 3 times in her back. In return he was given her treasure. 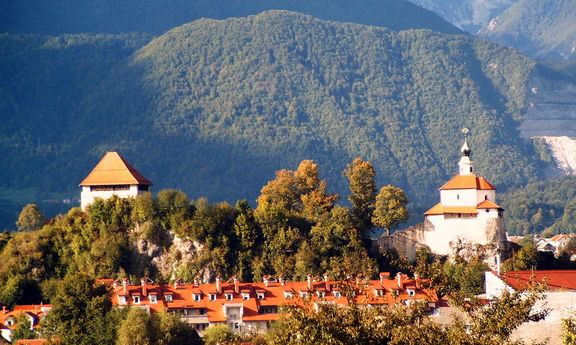