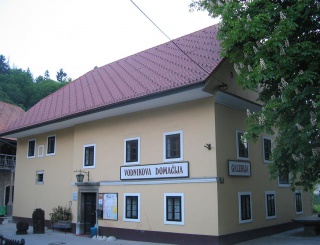 The Vodnik Homestead – the "house of reading, writing and story-telling" – is a multi-purpose venue located in the Ljubljana suburb of Šiška. Its main coordinates are mostly determined by various literary practices, though music, comics and illustration arts are also featured in its concept. Alongside this programme of contemporary culture, the homestead is actively preserving and presenting the heritage of the famed Slovene poet and polyhistor Valentin Vodnik (1758 – 1819), who was born in this house and on whom there are two permanent exhibitions.

Set up as a cultural venue back in 1984, it is currently – since 2015 – run by the Divja misel Institute, selected by the Municipality of Ljubljana upon a public call. The Vodnik Homestead (alternatively also the Vodnik Manor house) has two rooms on the ground floor, a mezzanine and a spacious attic. It also houses a local music school.

The programme is quite diverse, with some of the typical events being regular Sunday plays and storytellings for children, evening discussions with writers, poets, translators and film-makers, workshops and various exhibitions of contemporary visual art and comics, and so on. There was, for example, an exhibition dedicated to the 70th anniversary of Ciciban, a cult Slovene magazine for children. The Vodnik Homestead cooperates with and hosts various protagonists from the literary field, among them the I.D.I.O.T Group and Slovene Writers’ Association.

Along the lines of a Divja misel Institute project called the Knjižnica pod krošnjami (Library under the Treetops), the homestead also has a place where one can come and read. Furthermore, there are also facilities available for aspiring writers to do their work.

In 2018 Stripolis, a comic book retailer moved to Vodnik Homestead from Pritličje to continue its activities in a pop-up manner.

From mid-eighteenth century until the 1930s, the manor house actually functioned as a tavern. At the end of 1970s it was bought by the Municipality of Ljubljana and used for various purposes – it used to be a dislocated unit of the Šiška Library and has hosted various small performances (puppetry, theatre) and workshops, a visual arts programme and programmes for various marginal groups.

From 2012 to 2015 the Vodnik Homestead was managed by the Hanna's Atelier for Sonorous Arts, which established there a Centre for Sonorous Arts. Since 2001 it is a cultural monument of local significance. 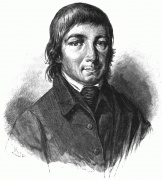