Its doors first opening in 2014, Pritličje is a curious mixture of a cafeteria, a nightclub, a gallery, a comic book shop, and a concert venue. All in all, an urban cultural centre that is also politically aware and active in setting up lectures and round tables on a wide range of issues, from global politics and economic policies to questions concerning the various arts scenes. 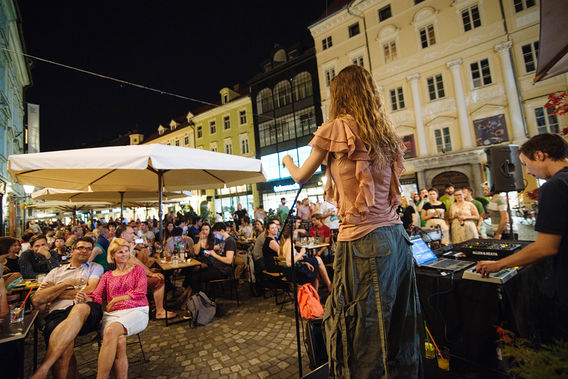 Set in the city centre next to the city hall, Pritličje is possibly the only private establishment of its kind in Ljubljana. It frequently cooperates with Radio Študent (which, among other things, sets up monthly DJ evenings), the Emanat Institute, the ŠKUC Association and with various sporadic partners like the Spider Festival, Stoptrik International Film Festival, City of Women International Festival, and the Druga Godba Festival.

With its activism and a policy of endorsing LGBT (and partly also in terms of its managers), Pritličje is the heir of the Café Open, the first explicitly gay and lesbian friendly bar in Ljubljana which had a similar, but – due to its size and location – much less ambitious programme. The place had to close down in 2013, as its location in a residential area proved to be too much of an obstacle to its programme.

Music-wise, Pritličje focuses on electronic music (Kamizdat release are often premièred here) and presents its various forms on weekly DJ evenings and with regular live acts. Occasionally, other genres come into play as well and the place has seen its share of rock and jazz concerts as well. The artists are mainly Slovene (though artists like Juno Reactor and Dennis Bovell do stop by), but chosen with a daft touch.

The lectures and round tables feature prominent Slovene intellectuals, both those from the centre of academia as well as those coming from its outskirts (like, for example, the folks around the journal ČKZ Journal for the Critique of Science, for Imagination and New Anthropology). Although the lecturers and debaters are predominantly humanities specialists, the guests at Pritličje are sometimes also curious people from public life or the arts.

Among numerous other social and cultural productions, literary theory and practices have also found their domicile here, and so did the people around the comic book retailer Stripolis. They were selling their wares at Striparna Pritličje and organised various lectures and discussions. In 2018 the crew moved to Vodnik Homestead to continue its activities in a pop-up manner. 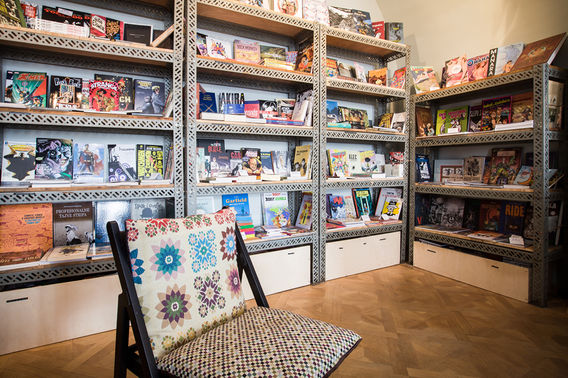 City hall staircase in front of Pritličje is an informal extension of its summer garden, 2015

DJ evenings at Pritličje are regularly held throughout the week, 2015

Summer garden of Pritličje, based right in the middle of the historic city centre of Ljubljana, 2015

The bar at Pritličje, offering a nice selection of craft beers and serving freshly prepared snacks, 2015