The Biennial of Design, known also by its Slovene acronym BIO, explores and reflects contemporary developments in international design through a collaborative process; questioning and analysing current conditions in industrial production, public and private space, systems and networks. The Biennial operates under the aegis of the Museum of Architecture and Design (MAO) since the museum’s founding in 1972.

Established in 1963 – making it the first design biennial in Europe – and held in Ljubljana since 1964 (named the Biennial of Industrial Design up to 2012), BIO has developed an excellent reputation as one of the world's oldest international design events. Today, the biennial is structured as a long-term collaborative process, in which teams of designers and multidisciplinary agents develop alternatives to established systems.

The exhibition of BIO 25 Faraway, So Close, curated by Angela Rui and Maja Vardjan, was selected as one of the 10 best architectural and design exhibitions in the world in 2017 by the editorial office of the Metropolis Magazine. 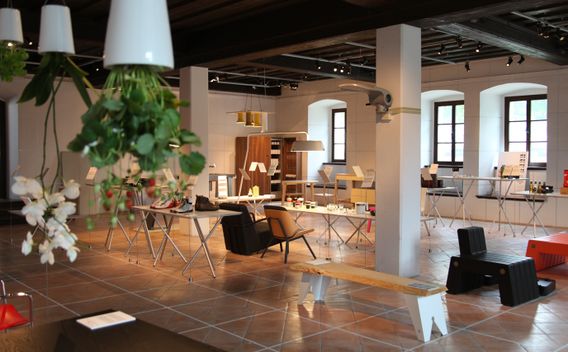 The Biennial of Design is a cultural event directly linked to various sectors, namely, those of industry, architecture, economy, design, and education, especially as linked to innovation and development. In 2014, for its 50th anniversary, a completely new curatorial practice was implemented: the 24th Biennial of Design (BIO 50) took a collaborative approach, considering actual changes in the way people nowadays co-work and co-create. The system of awards is therefore no longer granted for products, but for collaboration, its process and the outcomes.

Involved in a given collaborative process over the course of six months, international and Slovene mentors and participants discuss solutions through several thematic fields: Affordable Living, Knowing Food, Public Water Public Space, Walking the City, Hidden Crafts, The Fashion System, Hacking Households, Nanotourism, Engine Blocks, Observing Space, and Designing Life. The outcome of the projects was presented at the biennial, while the process was continuously updated, documented, and distributed through the BIO 50 website and social media channels.

In addition to the main BIO exhibition, many accompanying events take place during the period of the biennial: exhibitions, lectures, panel discussions, creative workshops for children and young people, and educational workshops for adults, among others. The BIO 50 main show was accompanied by an exhibition on the biennial's fifty-year history.

The Biennial of Industrial Design was founded as an exhibition which also demonstrated the capacity of the economy from the point of view of design. In the past, the biennial exhibitions were held at various locations in Ljubljana. In 2004 BIO 19 was held for the first time in the vast exhibition space at the Fužine Castle. In 2012 the biennial acquired a shorter name, the Biennial of Design, and was curated by Margriet Vollenberg and Margo Konings (Studio Organisation in Design).

One of the few international biennial exhibitions dedicated to showcasing industrial, product, and graphic design work selected by professional design institutions, BIO has undergone a significant transformation in 2014, under the guidance of Belgian critic and curator Jan Boelen. From awarding and exhibiting products it has evolved into a much larger and multi-layered field of collaboration, investigation, innovation – an experiment, appreciating interconnection and the process itself.

The 20th Biennial of October 2006 presented over 350 exhibits by designers from 17 countries (Slovene designers contributed 111 works), including Austria, Belgium, Denmark, Finland, France, Croatia, Italy, Japan, China, Germany, the Netherlands, Slovakia, Slovenia, Spain, and Sweden. Works were presented in three groups: Regular industrial products, Visual messages, and Design projects. The venues of the biennial varied (in the centre of the city, at the castle, etc.). A fringe programme was also organised, including panels, exhibitions by foreign designers, presentations by publishing houses, and meetings of designer organisations, held in different cities across Slovenia.

The 21st Biennial of Industrial Design in 2008 was modernised in many ways. The BIO awards were redesigned, and the entire event received a new corporate identity, designed by Gigodesign, one of the award-winners of the 20th Biennial. For the first time in the history of the BIO an international Selection Committee examined all entries equally, be it industrial design and visual communications items or design concepts. The online registration for BIO 21 was possible for the first time – out of 421 submitted works, only 126 works from 18 countries were exhibited. In addition to the main exhibition, an interesting accompanying programme took place. In 2008 the Biennial of Industrial Design expanded its international promotion and cooperation to incorporate some of the most important international design organisations. BIO 21 was therefore advertised in all countries of the European Union and also in the USA, Australia, New Zealand, China, South Africa, and Japan. During the exhibition, BIO 21 hosted a presentation of "Design Management Europe Award", attended by the most notable experts on design and management in the world.

In autumn 2009 the travelling exhibition of BIO 21 award-winners was showcased in Tallin, Estonia, in cooperation with the Estonian Association of Designers (EDL) as part of the Design Night 2009 event, and in Riga, Latvia, in cooperation with the Design Information Center (DIC) as part of the Riga International Young Designers Biennial. The exhibition also showed the selection of Slovene works that were on display at the 21st Biennial of Industrial Design.

In October 2010, the BIO 22 presented works exhibited in three groups: Products, Product graphics and information design, and Concepts. An accompanying exhibition Alvar Aalto, timeless expression was organised by the BIO Secretariat, the Alvar Aalto Foundation, and the Embassy of Finland in Slovenia at the National Museum of Slovenia - Metelkova.

The BIO 24 (2014) – also dubbed BIO 50; on the occasion of its 50th anniversary – took the event's tradition and history and advanced it into an experimental, collaborative territory in which design was employed as a tool to question and transform ideas about industrial production, public and private space, and pre-established systems and networks. BIO 50 parted with the traditional system of awards and instead chose to distinguish collaboration, its process and outcomes. It launched an unprecedented effort to engage designers and agents from Slovenia and abroad in a collaborative approach addressing themes that affect everyday life.

The BIO 25 (2017) was titled "Faraway, So Close" and focused on Slovenia's main potential: its landscape. The projects designed and presented at BIO looked to identify the potential of places that are only a stone's throw away from the capital, yet are excluded from the ongoing discussions on the future.

The BIO 26 (2019) was termed "Common Knowledge". It took on one of the greatest challenges of its time: information. From November 14th, 2019 to February 9th, 2020 it presented the outcomes of the exploratory work of the winning teams at various locations in Ljubljana, complementing the main exhibition at Museum of Architecture and Design and accompanied by a special catalogue. 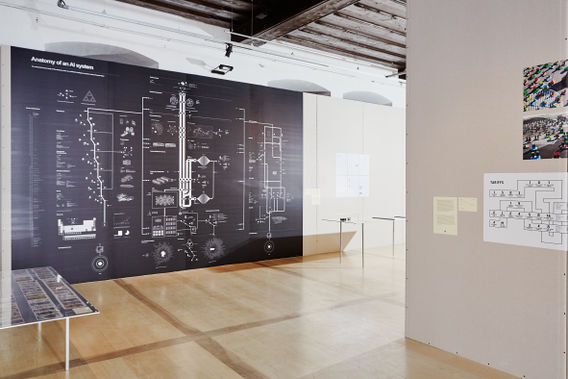 Prior to 2014, the Biennial of Design bestowed several awards: the (BIO Gold Medal, the BIO Quality Concept Award, the BIO Honourable Mentions, and the BIO Award for a Student Work). The winners of these past awards represent the recognition of quality in design and all of the awarded works of the Biennial of Design are part of the international design collection of the Museum of Architecture and Design. This traditional model was replaced in 2014 by the singular Award for Best Collaboration, selected by an international jury and presented at the opening ceremony.

The Biennial of Design itself has also received awards and recognition. BIO 25 was selected as one of the 10 best architectural and design exhibitions in the world in 2017 by the editorial office of the Metropolis Magazine and the Museum of Architecture and Design also received the International Council of Museums (ICOM), Slovenia award for this edition.

In 2020, BIO garnered the Valvasor Award, the highest national award in the field of museum activities, for its 26th edition and its conceptual leap in the understanding of contemporary museums as well as for its promotion of and care for the Slovenian design heritage.

The BIO Secretariat consolidated its orientation and independence in 1977 when it became an associate member of the International Council of Societies of Industrial Design (ICSID). Furthermore, it obtained membership in the Bureau of European Designers' Associations (BEDA). It is also an active participant in the International Council of Graphic Design Associations (ICOGRADA) and one of the partners in the SEE project ("Sharing Experience Europe: Policy Innovation Design").

A group portrait of Biennial of Design 2019 participants, standing in front of the Central Technological Library in Ljubljana
Retrieved from "https://www.culture.si/w/index.php?title=Biennial_of_Design_(BIO)&oldid=290469"
Categories:
Hidden categories: