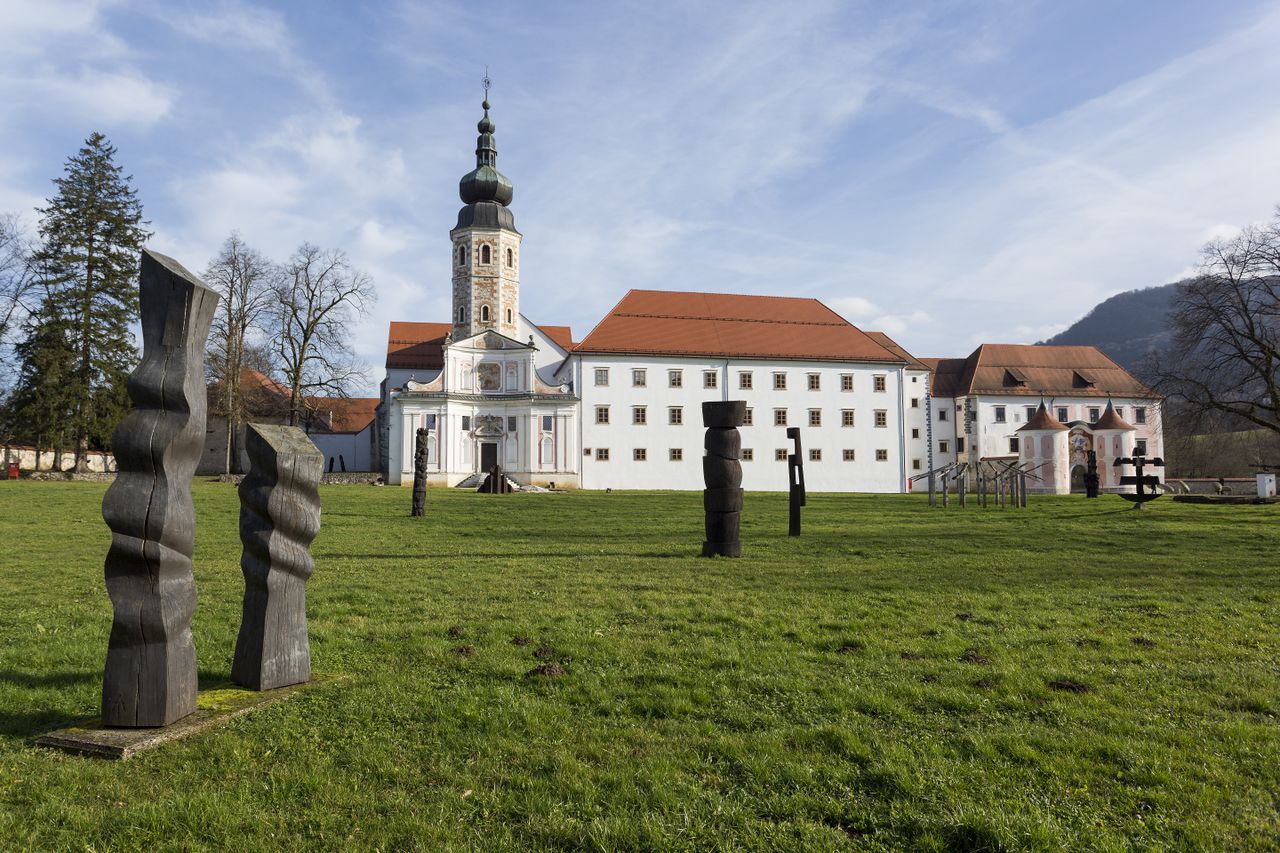 Founded in 1974, the Božidar Jakac Art Museum is located in the building of the former Cistercian monastery near Kostanjevica by the Krka River, one of Slovenia's finest medieval monuments, which is situated in the picturesque landscape of south-eastern Slovenia. With its over 4,000 m² of exhibition surfaces, it is the largest gallery complex in Slovenia. Initially, the institution focused on presenting the artistic legacy of the Bela Krajina, Dolenjska and Posavje regions. Today, its scope covers also Slovenian expressionism and contemporary artistic production on the regional, national and international levels.

Among other artists, the Božidar Jakac Art Museum permanently exhibits the local painter Jože Gorjup, a representative of expressionism and new objectivity; further works donated by Tone Kralj, and graphic art by Božidar Jakac, a representative of expressionism and lyric realism, who was commemorated in 2009 on the 110th anniversary of his birth with a new installation of his artworks ranging from oil on canvas through pastels to graphic and drawings.

In the upper part of the monastery's southern wing is an important collection called European painters of the 17th through the 19th centuries consisting of 45 oil paintings by French, Flemish, Italian and German old masters. The collection is owned by the nearby Pleterje Charterhouse Monastery and has been exhibited in the Božidar Jakac Art Museum since 1977. Most of the paintings were brought to Slovenia after 1902 by the monks of the St Anna Charterhouse in Bosserville (near Nancy, Lorraine), who revived the former Charterhouse in Pleterje.

Kostanjevica Monastery itself houses a lapidary collection which comprises medieval masonry fragments such as a keystone with stylised palmettes, a robust cup-shaped capital, a figural capital, a little fragment with a preserved mason's mark, and a remnant of a Gothic painting on part of a vault's rib. 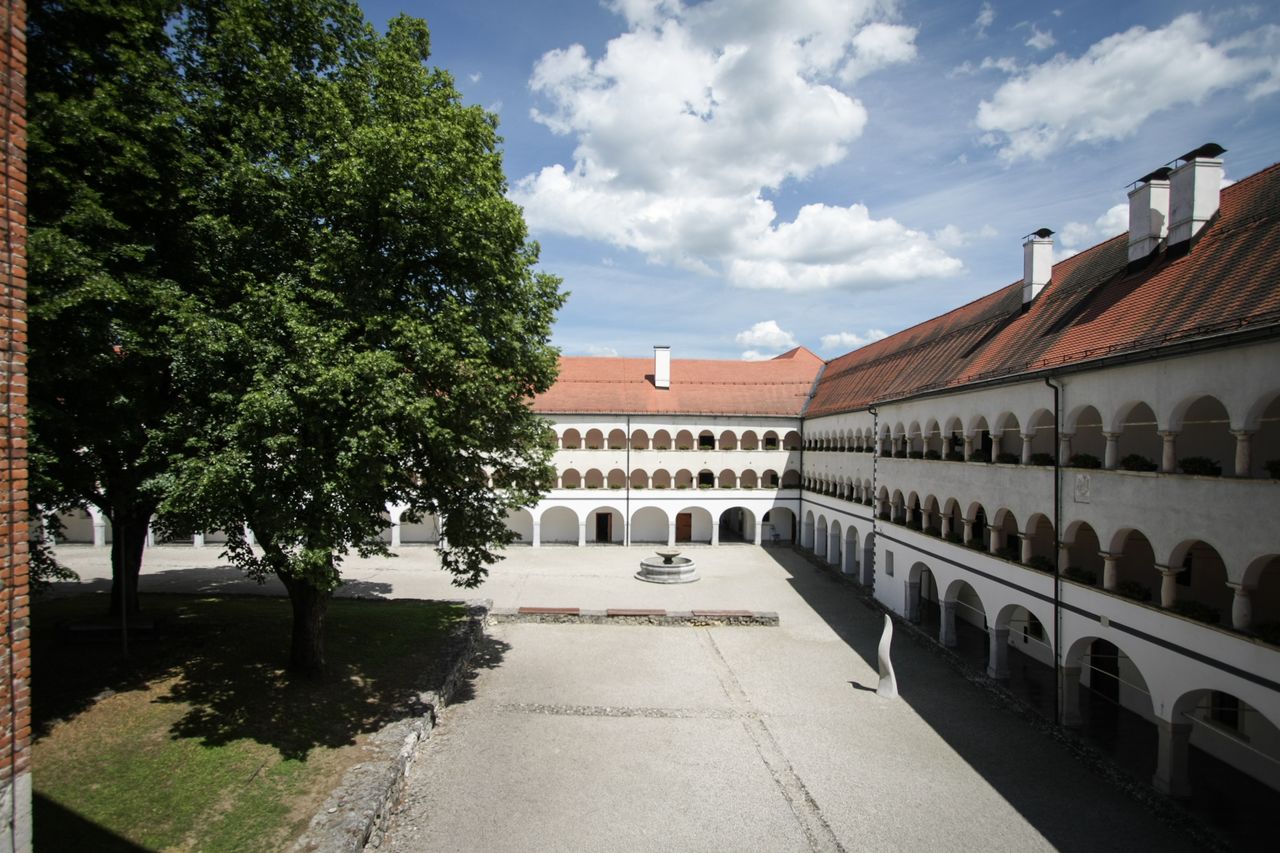 Further temporary exhibitions are also presented in the so-called "lapidarium". It consists of 8 individual exhibition spaces situated in the south wing of the monastery tracts. The exhibiting area is designed for exhibitions of established as well as upcoming artists. Because of its specific structure, the sites of the lapidarium demand a careful use of space by the artist and often facilitate site-specific installations.

In 2016, the Božidar Jakac Art Museum opened a new exhibition space of 630 m² in the west wing of the former monastery. Major exhibitions from Slovenia and abroad are hosted there. In the opening year, it featured a retrospective on Valentin Oman and the Baunet: Černigoj/Theatre exhibition from the Marie-Luise Betlheim Collection. In 2018, the international exhibition Faces of Expressionism covered German, Czech and Slovenian expressionist art from 1905 to 1925 and was conceived together with the GASK – Gallery of the Central Bohemian Region in Kutná Hora. A revealing retrospective of Nande Vidmar's (1899–1981) work was shown here in 2019. 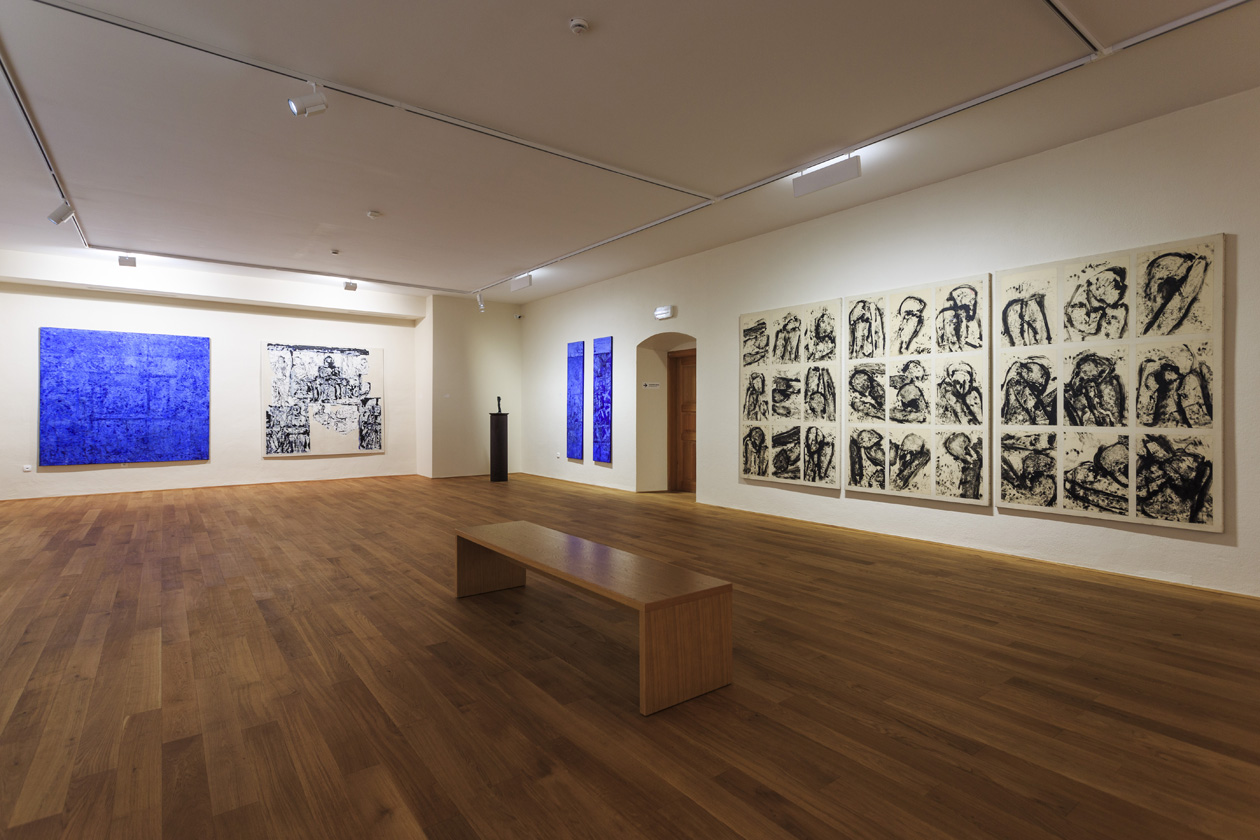 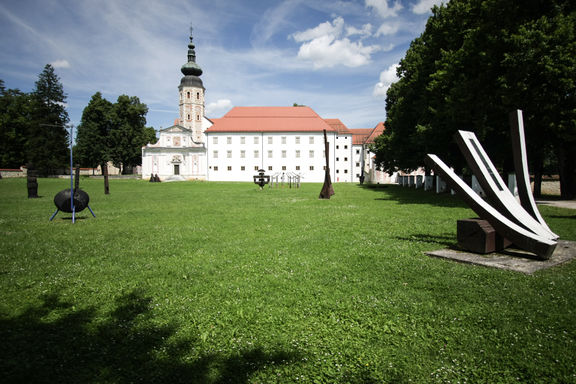 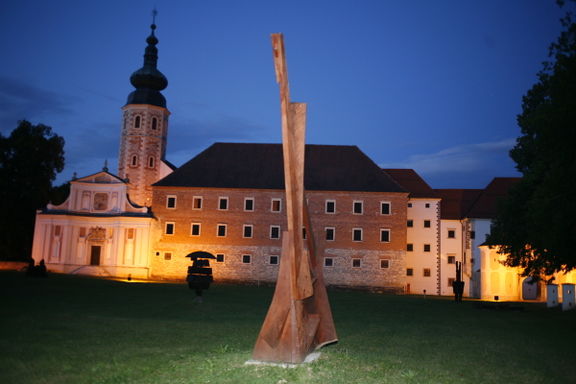 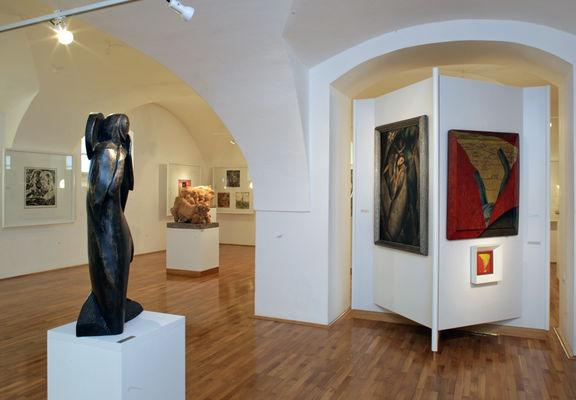 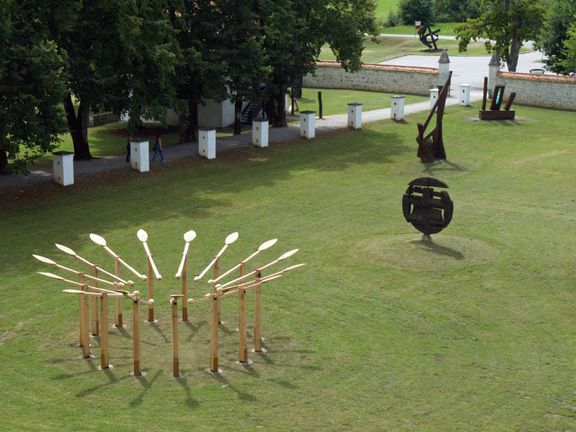 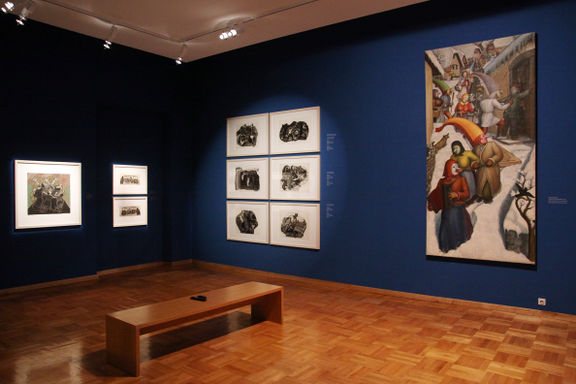 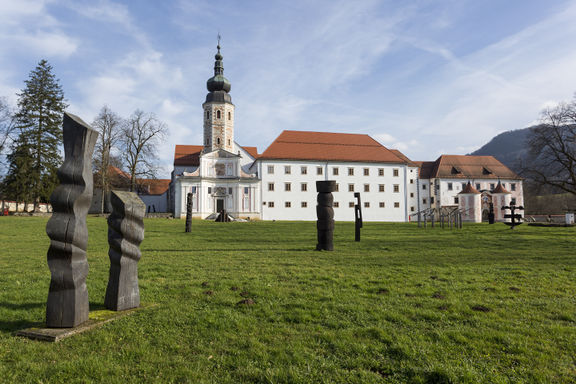 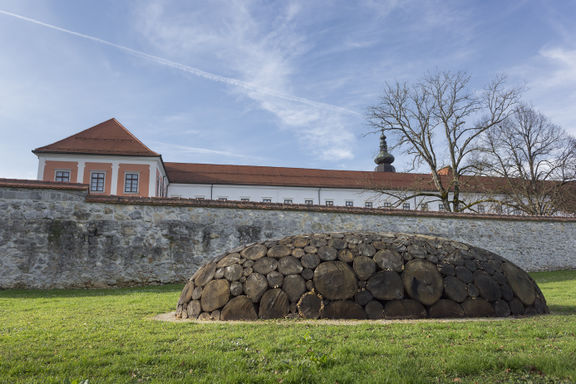 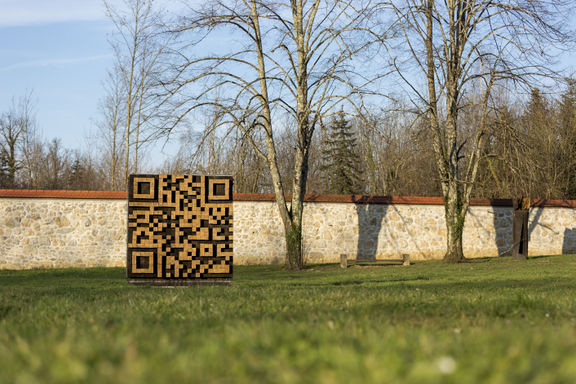 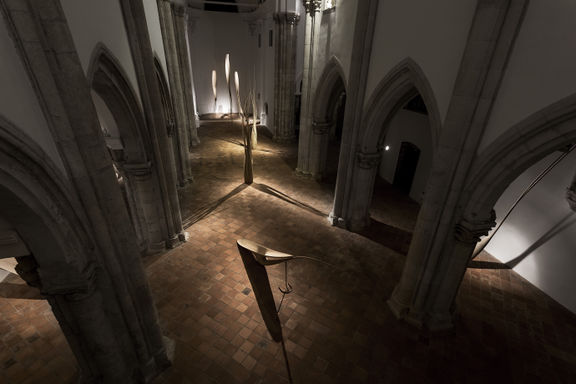 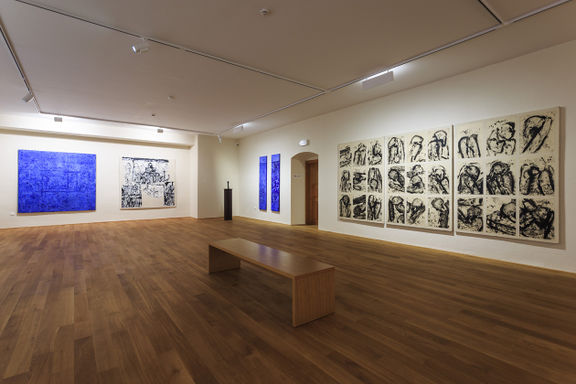 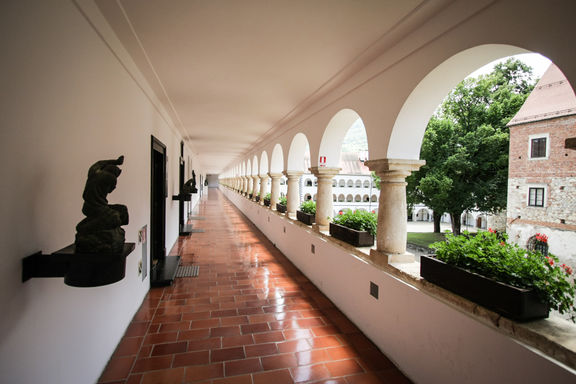 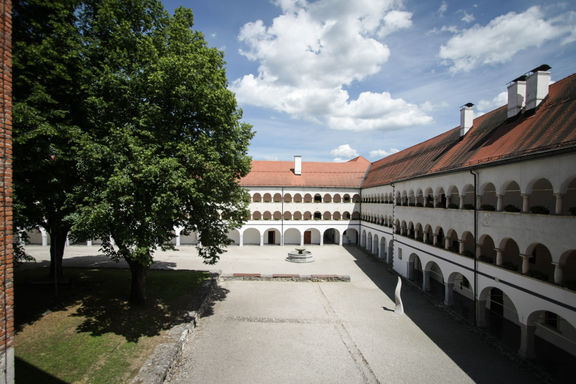 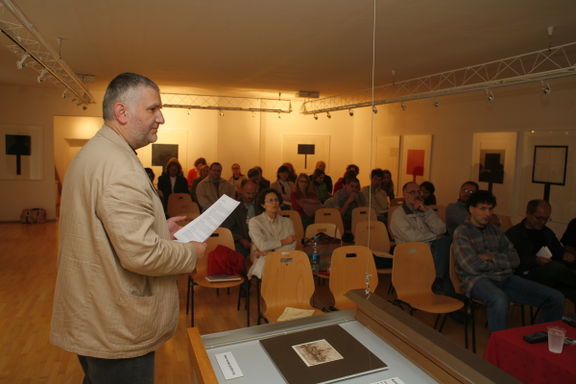