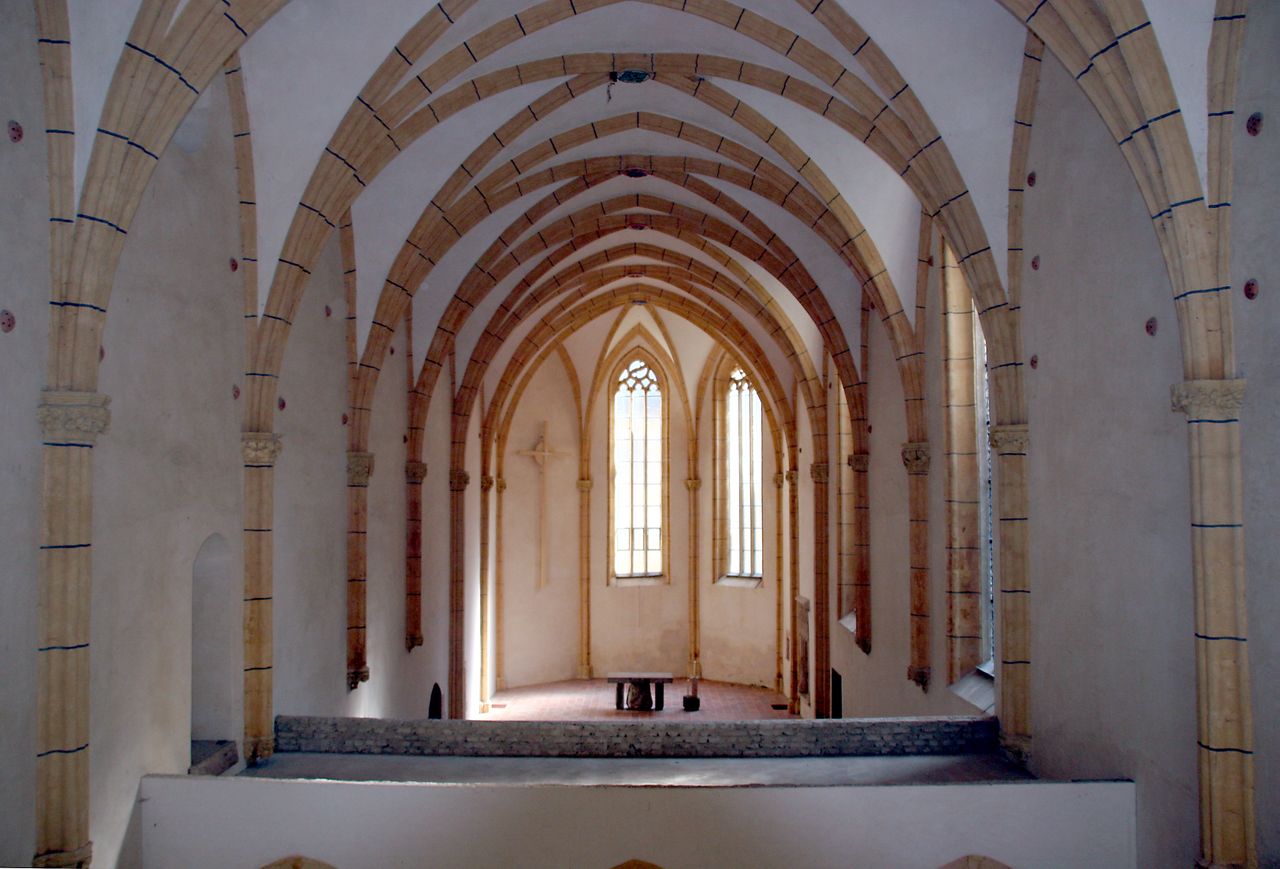 Pleterje Charterhouse Monastery is the only still-inhabited Carthusian monastery in Slovenia. Known officially in Latin as Thronus Sanctissimae Trinitatis, a community of white monks of the strictest contemplative order in the Roman Catholic church are living secluded, behind walls in silence, work and prayer. The monastery has two parts, a Clausura where only monks, apprentices and lay monastery help are allowed, and a public part with the Gothic church of St. Trinity, built in 1407 in a simple style, but with a so-called "long choir", big Gothic windows, a fish bladder, and quatrefoil ornament and Parlerian elements in the interior as console masks and flower keystones. In the middle of the nave stands a Rood screen that used to divide lay monks from choir monks and in the walls, clay vessels have been built to give the space a special resonance for choirs. From the Gothic-style buildings only the church, part of the cloister and sacristy have remained, the monastery's other buildings were erected in the beginning of the 20th century.

Pleterje is the youngest of the four Slovene Carthusian monasteries (the other three were Žiče, founded in 1160; Jurklošter, founded in 1170; and Bistra, founded in 1255) and was founded by Count Herman II of Celje in 1403 in a remote valley next to the village Šentjernej under the Gorjanci hills. It was founded on the place where the Sicherstein Castle stood in the 10th century. Troubles for the monastery and the Carthusian monks started early already in 1456 with the death of Ulrik, the last Count of Celje. With no defence, the monastery was damaged several times during the sieges of the Turks in the 15th century. Because of spiritual decay and poor funding, the Archduke Ferdinand II handed over the monastery to the order of Jesuits (Ljubljana), which renovated and fortified monastery. They remained in charge of Pleterje Monastery from 1595 to 1773. During state reforms in the end of the 18th century and the suppression of the Jesuit order, the Austro-Hungarian Emperor and Enlightenment despot Franz Joseph II closed the monastery by decree due to operating and maintenance costs. It was left to ruin, the estates were bought by the barons Bors of Borsod. In 1899, Carthusian monks who had been exiled from Bosserville near Nancy by liberals repurchased Pleterje monastery and renovated it, thus, reviving the order in the region of Slovenia. The founding charter and documents of Pleterje history are preserved in the Archives of the Republic of Slovenia.

The monastery incorporates a rich library. A collection of some 44 oil paintings from the 17th and 18th centuries, which are attributed to the Flemish, French, Italian and German Masters, is exhibited in the Božidar Jakac Art Museum in Kostanjevica. Adjacent to the monastery is an open-air museum. 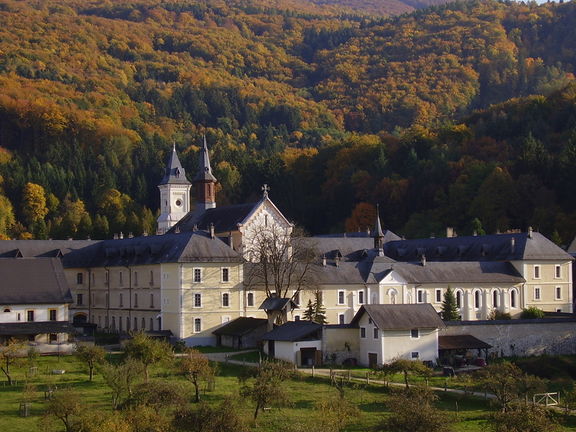 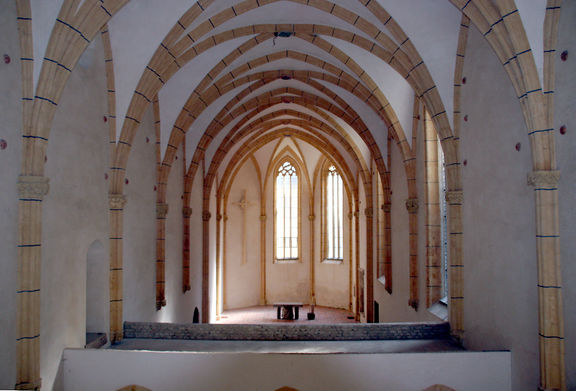