Forma Viva stands for both the international sculptors meeting that first took place in 1961 and for the resultant collections of monumental sculptures, presented in either specially designated parks or spread across urban regions. It is a unique enterprise dedicated to outdoor creation and to a profoundly public dimension of art. Supposedly it is also the oldest active sculptors symposium in the world.

The Forma Viva collections mirror the four locations where the meetings have been either simultaneously or alternately taking place – in Maribor (the main city in the Eastern part of Slovenia), in Portorož (a peninsula near the coastal town of Portorož), in Kostanjevica na Krki (a small island town located on the river Krka) and in Ravne na Koroškem (the central town of the Slovene Carinthia region). 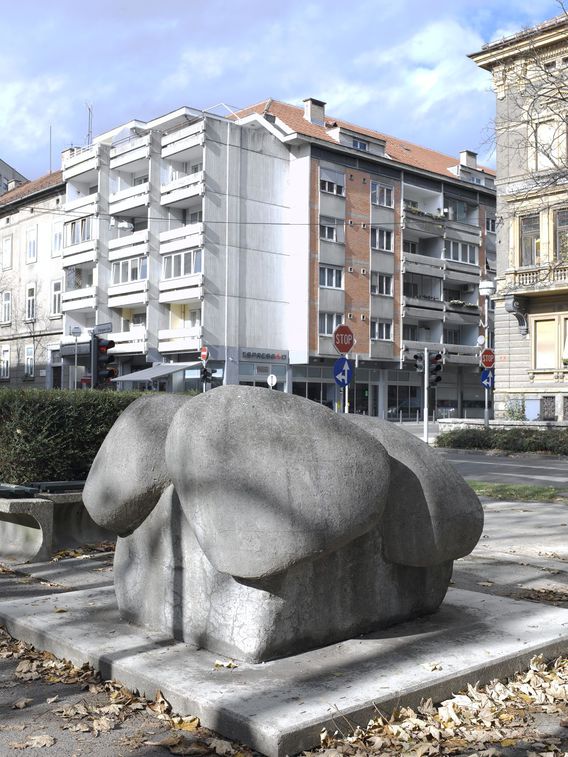 A meeting called Bildhauersymposion St. Margarethen (founded by Karl Prantl and lasting till 1977) was held for the first time in 1959 at a defunct Roman quarry at Sankt Margarethen. It was attended by Janez Lenassi and a year later also by Jakob Savinšek, both of them Slovene sculptors who were greatly inspired by the concept of an open-air artistic gathering.

Together they developed the idea for a similar project to be established in Slovenia – an annual international symposium where not only monumental works would be created in situ but where also a distinctively international and heterogeneous congregation of ideas could be held. The name that they coined is Latin for "living form", specifying the meeting as a means of exploring sculpture in ever changing directions.

Since its inception Forma Viva has been functioning as a geographically diverse entity, with two gatherings held at two different locations 200 kilometres apart. Soon yet another pair of Forma Viva manifestations was established.

The basic premises of the Forma Viva meetings are that the organisers take care of the materials, tools and provide for the artists during their work (usually lasting somewhere between 4 to 8 weeks) while in exchange, the artists donate their works to the collections.

The materials for sculptures have been chosen in accordance with the natural resources or social contexts of the individual sites. As such the symposium in Kostanjevica na Krki uses oak wood (until recently obtained in nearby woods) and the one in Portorož (on a peninsula called Seča) the hard and bright Istrian limestone (among other things it is used for the fountains in Venice). With the steel industry playing a very prominent role in the region at the time, the works produced at Ravne na Koroškem are made of metal. Similarly the burgeoning urban development of Maribor commanded that the endeavours taking place there used reinforced concrete.

The first two symposia sites were Portorož and Kostanjevica na Krki, set up by Lenassi and Savinšek. They were joined by Ravne na Koroškem in 1964 and Maribor in 1967. The metal making plant in Ravne was instrumental for the one held there, as the symposium arose of a chance meeting between the local politician (and later the plant's CEO) Franc Fale and the Forma Viva organisers. Similar as to how the factory backed this project, so was the one in Maribor supported by the local construction companies (first Stavbar but later also Gradis and Konstruktor). Other locations proposed during that decade were Jesenice (iron), Ptuj (aluminium or plastic) and Radenci (clay).

At first the annual symposia were held in both Portorož and Kostanjevica but for economic reasons this had to be curtailed after a few years. As of 1967 they were held alternately, each every two years. During the initial years organised mutual visits between the two sites were customary, thus fostering a truly colourful artistic meeting (with roughly a dozen invited artists per site).

The Maribor symposium was held for six times between 1967 and 1986 (after which it hasn't yet been resurrected), and the one in Ravne seven times between 1964 and 1989 (and again in 2008 and 2014). The Portorož symposium remains the only one with a continuous run, as the Kostanjevica one also went through a ten-year hiatus (1988–1998). Nowadays both invite about three artists every two years.

Forma Viva functioned as a unitary brand with a joint organisational body and in its peak some of the most influential protagonists of Slovene visual arts were involved in it (Stane Bernik, Zoran Kržišnik, Slavko Tihec, etc). While this organisation still exists, the individual collections and symposia are now managed by Božidar Jakac Art Museum, Coastal Galleries, Maribor Art Gallery and Koroška Regional Museum respectively.

With time the name started to denote any outdoor collection of sculpture and a few other independent Forma Viva collections were established, most notably in Zreče and Makole . There was also a one-off Forma Viva event in Bled in 1996, called Forma Viva for Slovene Roads. The pieces created there by Janez Lenassi, Zmago Posega, Roberto Stell (IT) and Masayuki Nagase (JP) can be found alongside Slovene highways. All of them were unrelated to the original organisation.

The Zreče one began to take shape in the mid-1970s and and the collection was growing until 1989. It is a result of cooperation between the artist Vasilij Cetkovic and Marjan Osole, the managing director of the tools company Unior at that time. Built on the blacksmith tradition of the area, they created eight pieces made from iron, steel and artificial grindstones.

The youngest of all, Forma Viva Makole is an international sculptors symposium and painters gathering founded in 2003 by the photographer and designer Ivan Dvoršak. Various materials are used for the pieces stationed around the village of Makole and some of its outlying villages in the hilly, wine-growing region of Haloze.

In Kostanjevica na Krki the better part of the works are on display in the park adjacent to the former cistercian monastery, where the Božidar Jakac Art Museum is stationed. There are approximately 130 works, of which a small part can be found at the surrounding meadows, towns, villages and road junctures (for example the constructivist sculpture by Vjenceslav Richter (HR)). Most of the pieces are made of wood (and thus quite a challenge to maintain), yet one can also come across occasional mixed techniques.

Seča hosts more than a hundred works that can be contemplated in the park overlooking the sea. Additionally, a large number of them is distributed around several parks and squares on the Slovenian coast, as originally planned over fifty years ago.

The Maribor collection (19 pieces all in all) is scattered across the whole of the city, from courtyards of residential complexes (and in one case even the apartment block façade) to public squares and schoolyards. Considering that the historic centre of the city is relatively small and that the better part of the city got demolished during WWII, the Forma Viva works present a very important part of its existing public monuments.

In Ravne na Koroškem the enterprise was conceptualised as distinctively regional and the thirty odd steel sculptures grace a number of towns as well as parks in the area. The chosen locations corresponded with the rapidly expanding urban fabric during the 60s. Of the 36 pieces, 34 have manged to persist and the assemblage started to be extensively renovated in 2005. 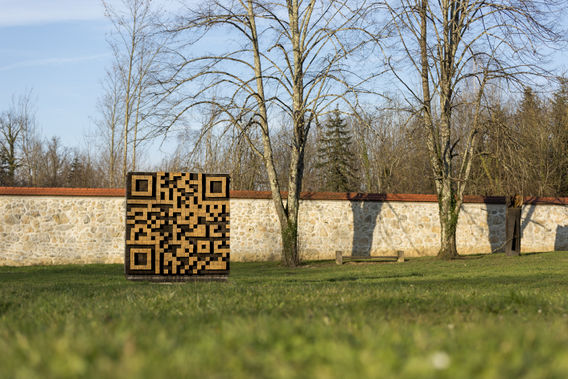 Up until now Forma Viva meetings hosted about 350 artists who came from all the continents except Australia. The manner of how the were chosen was never clearly set. Nowadays an open public call is most common, but for many previous Forma Vivas the better part of the artists was actually chosen by a special committee that chose the most prominent sculptors and invited them individually.

It is worth mentioning that for some reason Japanese artists represented the biggest percentage of the artists invited. The only political dimension that can be clearly discerned from the geographical representation is diversity, and often Americans worked side-by-side with artists from the other side of the so called iron curtain. The symposium used to be criticised by the authorities for not giving any preferential treatment to the Non-Aligned Movement countries.

Besides creating very notable landmarks, Forma Viva has also been important for the penetration of heterogeneous artistic currents into the local artistic communities. Showcasing contemporary modelling principles, Forma Viva used to act as one of the more influential institutions for the development of Slovene visual arts alongside events such as the Biennial of Graphic Arts and Biennial of Design (BIO).

Furthermore, the event was very important for how art was perceived among the local communities as well. Artworks were often created in cooperation with the local craftsmen and – as in the case of Ravne – the workers of the local steel plant. The working sites were freely accessible and often, especially in the early decades, they presented a rare opportunity for people from remote villages and towns to meet foreigners. A telling anecdote is how in 1961 the Canadian sculptor Bernard Roussil was a huge attraction for presenting a chainsaw to the awe-struck locals.

The following 9 pages are in this category, out of 9 total.

The following 38 files are in this category, out of 38 total.