Biennial of Graphic Arts is the world's oldest existing biennial exhibition of contemporary graphic arts. Founded in 1955 on the idea and endeavours of Božidar Jakac and under the great engagement of Zoran Kržišnik, to date the biennial has hosted well over 5,000 artists from 80 countries. The mission of the Biennial of Graphic Arts is to offer a critical review and reflection of contemporary developments in reproductive techniques and to point out the main ideas permeating contemporary graphic art. 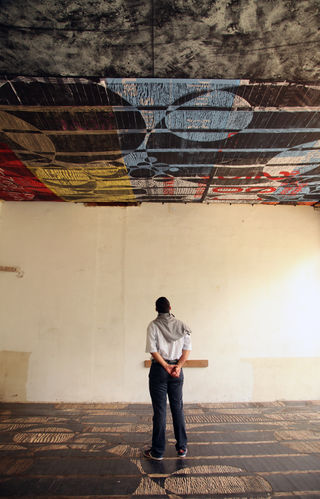 In addition to the venue at the Tivoli Mansion, the Biennial of Graphic Arts takes place at several Ljubljana locations, the main ones being the Museum of Modern Art, Cankarjev dom and the Jakopič Gallery, recently also the Švicarija Art Centre. It is also present in various smaller and independent galleries, a range of different urban open air venues, and in the mass media. 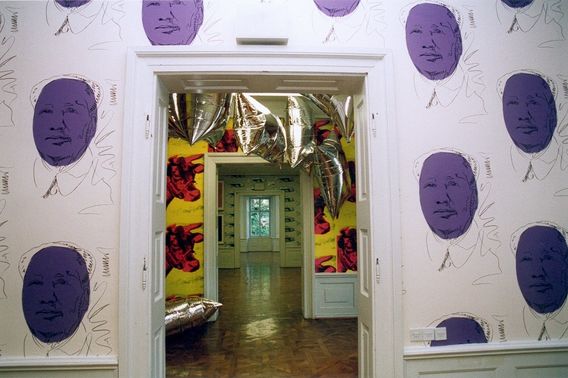 From the very beginning the aim of the Biennial of Graphic Arts was to exhibit the best works and the largest possible number of graphic artists representing contemporary trends on all continents. In line with this approach, the only selection criterion was the quality of a limited edition print in any printmaking technique. During the Cold War, which cut short virtually every dialogue between the West and the East, the organisers of the Ljubljana Biennial managed to bring together artists not only from the two opposing poles but also from the "Third World", in line with the policies of Non-Aligned Movement (founded in Yugoslavia in 1956).

During the 1990s a new perspective on art which was in favour of reproduction and multiplication techniques gained a foothold. Towards the end of the 1990s a new, more modern organisational approach was adopted. National presentations of artists gave way to individual presentations. The organiser of the biennial appointed curators and the number of selected artists was radically reduced. Participating artists were represented by more works or a project.

A truly radical change occurred with the 24th Biennial of Graphic Arts in 2001. It was marked by certain changes, with emphasis placed on the substance of graphic arts in the context of newly emerging global art and the new internal organisational structure. Each of the 4 sections of the 24th Biennial was curated by one from the group of (inter)national curators. Featured were works of many established artists as Monica Bonvicini, Daniele Buetti, Claude Closky, Izabella Gustowska, Damien Hirst, Tracey Moffat, Thomas Ruff, Kara Walker, Zoran Mušič, Andy Warhol, and others.

Since then each edition has offered a new approach. For example, the 2003 edition, curated by Christophe Cherix, was based on the importance of the multiplied image as a means of communication. The common feature of the exhibited works – artists' books, newspapers and magazines, photocopies, posters, newspaper interventions and projects, and prints – is the fact that they document the artists' ideas about their realised or unrealised, past or future projects. The biennial included works of participating artists Isa Genzken, Liam Gillick, Irwin, Raymond Pettibon, Permanent Food (Maurizio Cattelan & Dominique Gonzalez-Foerster), Tadej Pogačar & P.A.R.A.S.I.T.E. Museum of Contemporary Art and many other established artists.

The 27th Biennial of Graphic Arts brought 8 views on art prints, the common thread of these different exhibitions being reproducibility of art. It was comprised of The Unbound Eyes of Anxiousness, the main biennial exhibition; Stigma, the already traditional exhibition of the artist awarded the Grand Prize at the previous Biennial; and 6 accompanying exhibitions prepared by various galleries in Ljubljana.

The central exhibition of the 28th Biennial of Graphic Arts, The Matrix: An Unstable Reality was conceived by Božidar Zrinski and focused on contemporary graphic art in the broadest sense of the term. At the invitation of the International Centre of Graphic Arts, which proposed the theme of the main show, this idea was further developed and shaped by the Alkatraz, Ganes Pratt, Jakopič, Kapsula, and Škuc galleries, which served also as venues for the biennial. Alongside the central exhibition and the traditional accompanying ones, the 28th Biennial of Graphic Arts included as well the Artist's Book Salon.

The 29th edition in 2011 was curated by Beti Žerovc who proposed that the art event became a privileged artistic medium. The event-based exhibition focused on four prevailing themes: generosity, violence, the search for the sacred and the ritualistic, and emptiness. 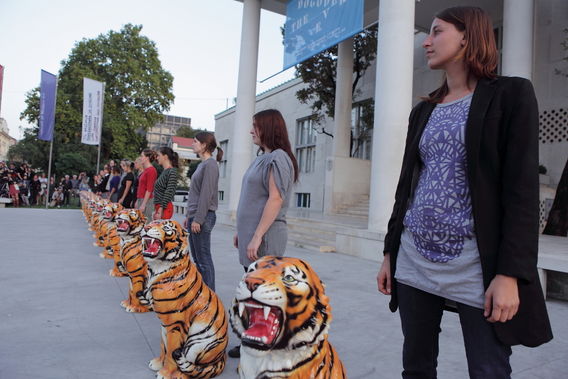 In 2013 the American curator Deborah Cullen returned to reconsider the nature of the graphic processes, showcasing the way in which the artists respond to contemporary communication tools and processes.

Nicola Lees was appointed as a curator of the 31st Biennial of Graphic Arts, which celebrated its 60th anniversary.

The 32nd edition of the Biennial in 2017 aims to radically transform also the structure of the event: the main exhibition entitled Birth as Criterion was conceived by artists. The recipients of the Grand Prize of the past five Biennial editions – Jeon Joonho (2007), Justseeds (2009), Regina José Galindo (2011), María Elena González (2013) and Ištvan Išt Huzjan (2015) were invited to propose one artist to participate in this year's event, and these artists were then invited to nominate the next five participating artists, and so on. At the end about thirty artists are presented.

The Ljubljana Biennial of Graphic Arts has gained huge respect and influenced many international scenes and events. In its early stage the biennial became the model for other graphic art events and biennials in the world: in the 1950s in Tokyo and Grenchen (Germany), in the 1960s in Krakow and Florence (Italy 1968) and in the 1970s in Bradford (UK) and Fredrikstad (Norway). Among still-existing graphic biennials such as the Biennial in Krakow, the Triennial in Tallin and Grafika Creativa in Finland, the Ljubljana Biennial of Graphic Arts is still the flagship. 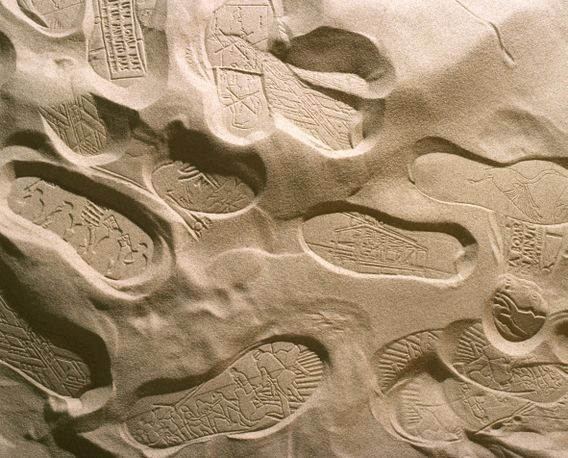