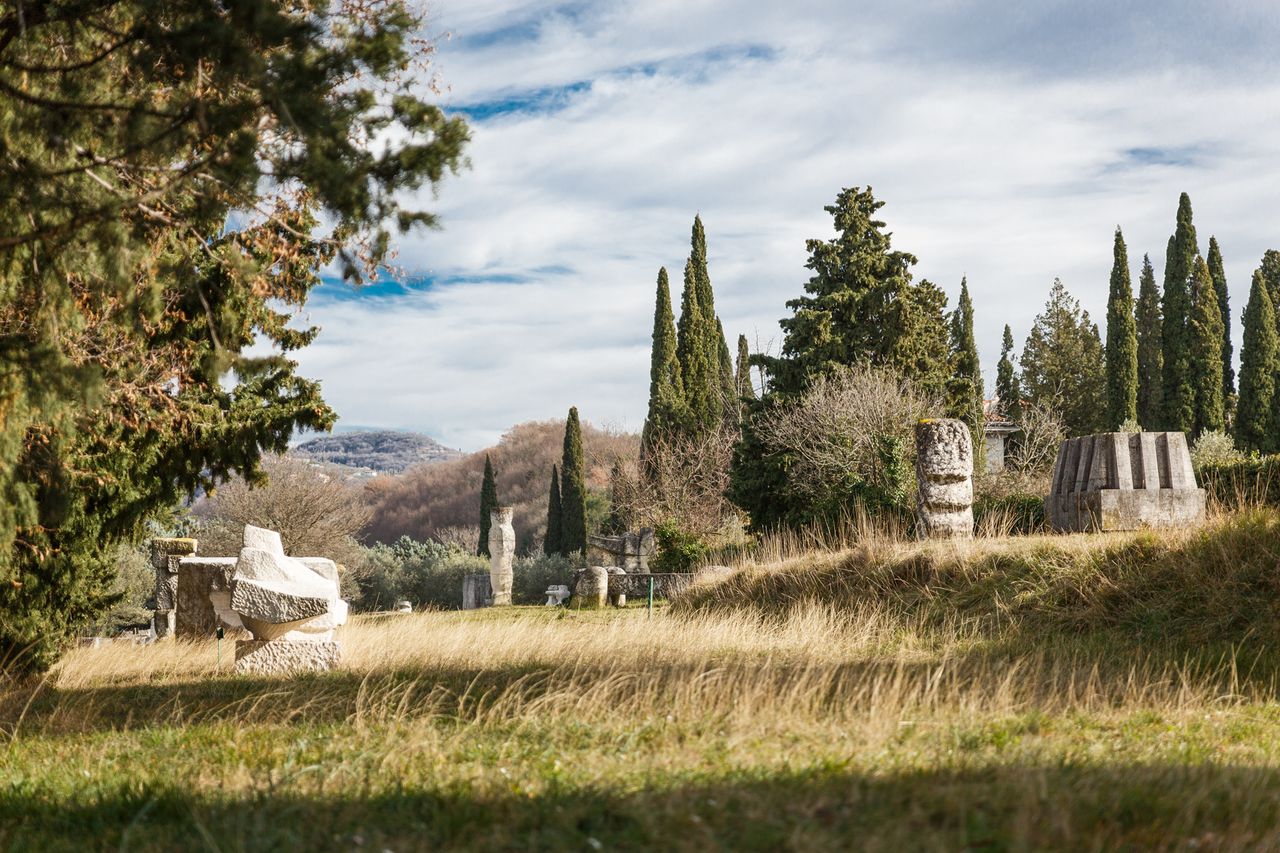 The name Forma Viva stands for both the sculptors meeting which first took place in 1961 and for the resultant collections. The one in Portorož is mostly located on a peninsula called Seča, with a significant part of the works spread around other three coastal towns. It is taken care by the Coastal Galleries.

The few basic premises of the Forma Viva meetings are that the organisers take care of the materials, tools and provide for the sculptors during their work. The artists are free to create various, often monumental sculptures according to their particular vision and style. Afterwards they donate their works to the collections, with the locations usually chosen beforehand.

Each of the four venues of the Symposia is dedicated to a specific material for the sculptures, selected with regards to the local context. Used in Portorož is the hard and bright Istrian marble (that among other things was used for the fountains in Venice) from the quarries located not far away.

Initiated by the sculptors Jakob Savinšek and Janez Lenassi, the first two Forma Viva symposia were organised in Kostanjevica na Krki and in Portorož in 1961. Later, they were joined by ones in Ravne na Koroškem (1964) and Maribor (1967). Modelled after a similar sculptors gathering in Austria, Forma Viva is quite special in that it was (and remains) a geographically very diverse affair.

At first the meetings were held annually in both Portorož and Kostanjevica, and mutual visits between the two sites were customary (with roughly a dozen invited artists per site). As of 1967 they started to be held alternately, each every two years, with the ones in Ravne and Maribor organised on a less frequent basis. While the end of the 1980s saw three of the symposia temporarily terminated, the Portorož one remains the only one with a continuous run.

In the course of the following five decades sculptors from all over the world participated in the project, enriching various landscapes with around 350 sculptures. While the ones in Maribor and Ravne na Koroškem are spread over the wider urban region, Portorož and Kostanjevica have most of the pieces gathered is specially designated sculpture parks.

The Portorož collection is currently comprised of 150 pieces of various sizes, from monumental ones to some smaller pieces. About two thirds of them are set in Seča in a special sculpture park, overlooking the sea and surrounded by pine trees and olive trees. Another third can be found all over the coastal towns, in their squares and parks. While some of the pieces were made especially for their particular urban locations, others were moved there subsequently.

While a few gatherings were focused on specific urban projects and featured collaborative work of sculptors, most of them took place at the worksite in the park. The landscaping arrangement of the park itself was given a general direction by Vojteh Ravnikar and Stane Bernik in 1983.

Nowadays an open public call is the most common way of choosing the participating artists, but in the early decades the better part of them was chosen by a committee that invited the most prominent sculptors globally. Some of the artists hosted in recent years are Zhao Li from China, the New York-based Macedonian Gorazd Poposki, Peter Roller (SK), Chris Peterson (NL), Graziano Pompili (IT), Jose Villa Soberon (CU), Donald Porcaro (US), Renzo Durante (IT), Miha Pečar and Marko Zelenko. 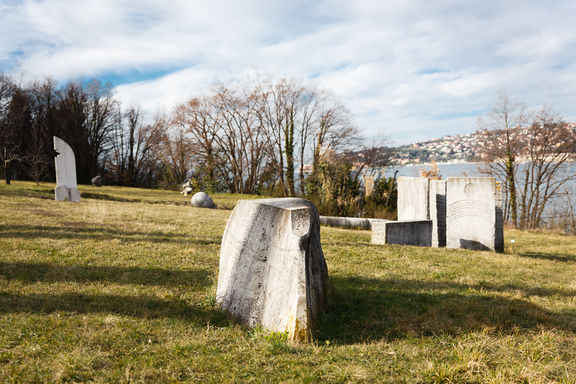 Sculpture by Adolf Ryszka, made in 1985 for the Forma Viva Open Air Stone Sculpture Collection, Portorož. 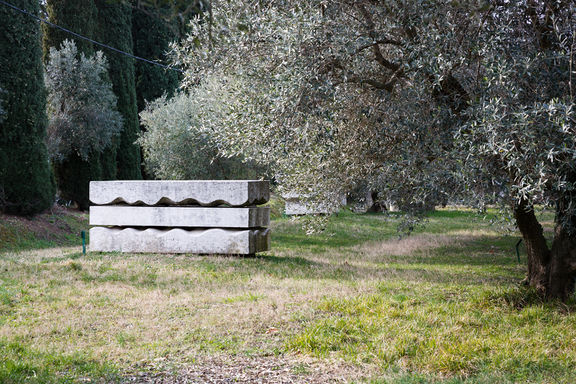 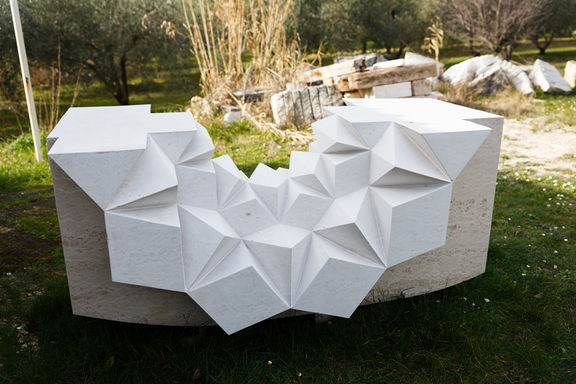 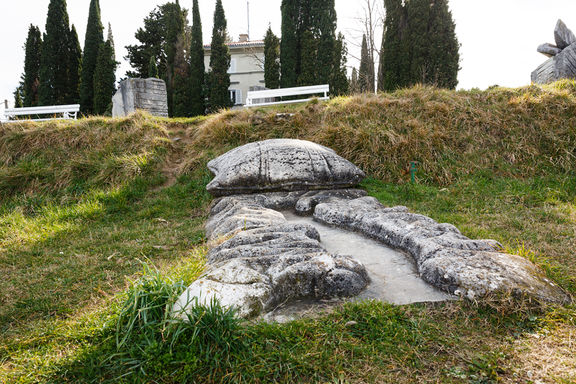 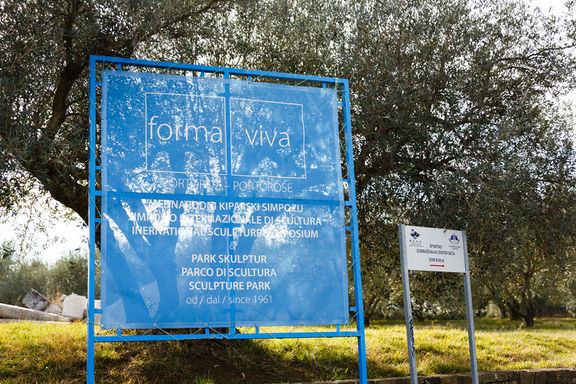 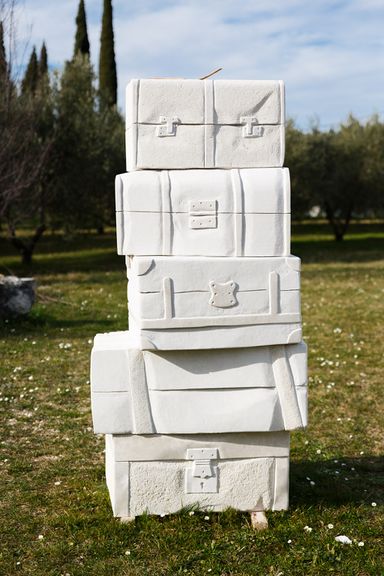 Next Destiny by Laura Marcos, made in 2019 for the Forma Viva Open Air Stone Sculpture Collection, Portorož. 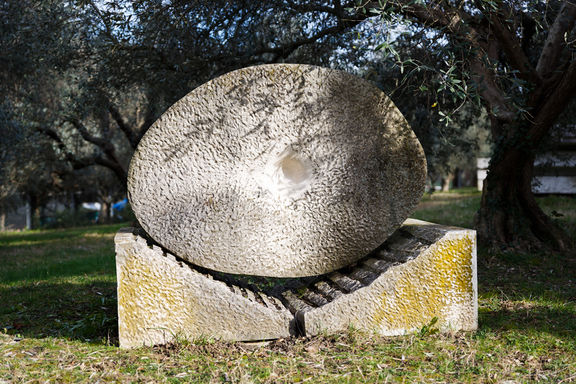 Sculpture by Matejka Belle, made in 2001 for the Forma Viva Open Air Stone Sculpture Collection, Portorož. 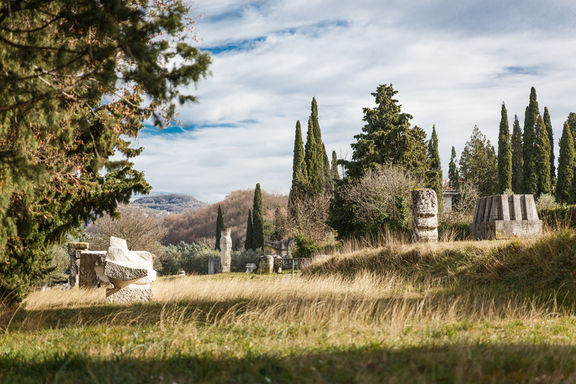 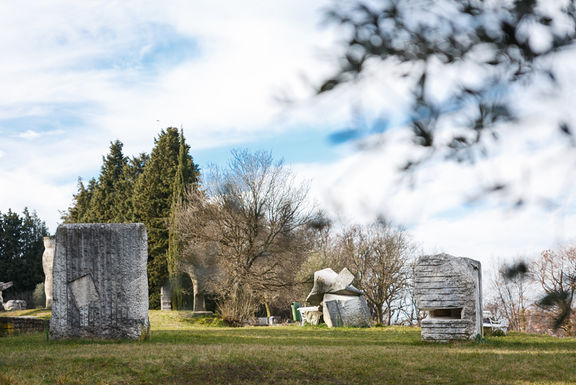 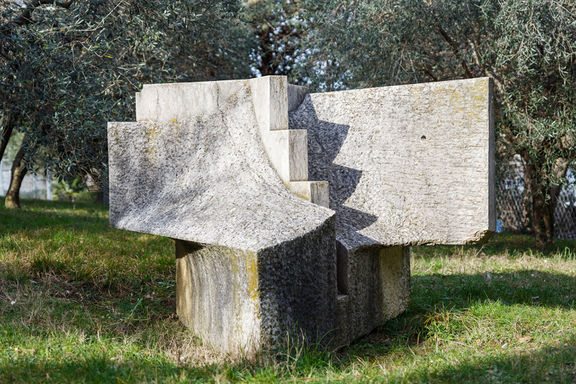 Sculpture by Roberto Stell, made in 1997 for the Forma Viva Open Air Stone Sculpture Collection, Portorož. 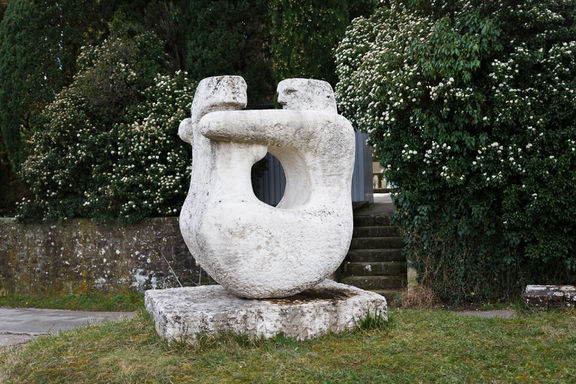 Embrace by Ted Carrasco, made in 1962 for the Forma Viva Open Air Stone Sculpture Collection, Portorož. 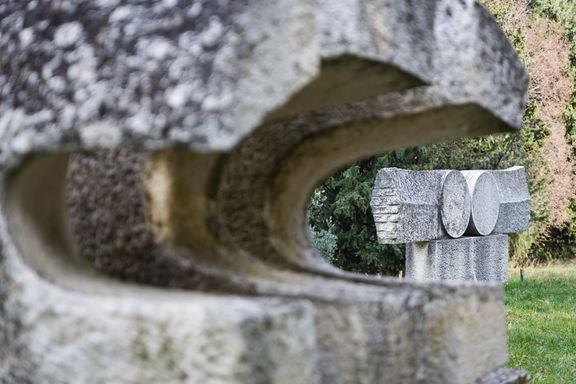 In the background: sculpture by Yoshin Ogata, made in 1993 for the Forma Viva Open Air Stone Sculpture Collection, Portorož. 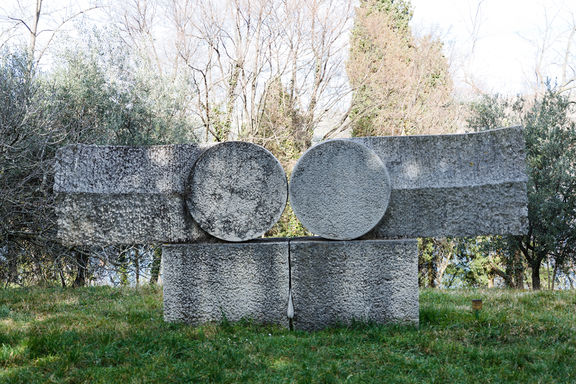