Embassy of the Republic of Hungary in Slovenia

Similar to most foreign embassies in Slovenia, the Embassy of the Republic of Hungary in Slovenia provides consular, economic, and cultural services. Consular affairs consist of providing information and assistance to Hungarian citizens residing in or visiting Slovenia, and visa services. They also play an active role in promoting Hungarian culture in Slovenia, particularly important for the Hungarian minority living in Slovenia.

In 1992 an Agreement on Co-operation in the Fields of Culture, Education, and Science was signed between Hungary and Slovenia. The Convention on providing special rights for the Slovenian minority living in the Republic of Hungary and for the Hungarian minority living in the Republic of Slovenia was also signed in 1992. In Budapest, in 2006 the ministers of culture signed an agreement regarding cooperation in education, science, and culture for the 2006–2008 period. It detailed the exchange of exhibitions from the national galleries, festivals collaboration, intensive cooperation in the area of heritage protection and cross-border television, as well as several minority cultural projects. In March 2012, on the occasion of the presidents' meeting, the two minorities signed an agreement on cooperation in culture, education, and joint European projects in the Hungarian border town of Szentgotthard-Monošter.

The Hungarian National Community living in the eastern part of Slovenia has established numerous societies and other cultural and educational institutions in the bilingual region. In the largest Municipality of Lendava-Lendva a huge cultural centre was opened in 2004 as a joint project of Slovenia and Hungary.

The Cultural Embassy Hungary programme in the frame of the Maribor, European Capital of Culture 2012 presented visual arts, crafts, music, puppetry, and dance in February and March 2012. The Jewelry and Fabrics exhibition of the women artists trio from Estonia, Finland, and Hungary (Anna Makovecz) in the Vetrinj Mansion was followed by the exhibition of famous artifacts from the Zsolnay porcelain factory, the photography exhibition Budapest Positive, organised in collaboration with the Photon Gallery, and the selected works from the Antal-Lusztig private collection that traces development of 20th-century Hungarian fine art. At the Salon EPK the exhibition of Victor Vasarely, the pioneer of op-art, presented the programme highlights.

The Baltic-Hungarian Jazz Quartet and a violin concert by Félix Lajko brought an improvisation mix of folk music, Roma and classical music, rock, blues and jazz to the Satchmo Jazz Club and the Slovene National Theatre Maribor.

In his Tao Te performance, the dancer and choreographer Ferenc Fehér showed an expressive combination of freestyle dance and martial arts to the young audiences at the Maribor 2nd Grammar School. The Griff Puppet Theatre performed The Knight Janos, a tale of a brave shepherd, based on a poem by Sándor Petőfi at the Maribor Puppet Theatre.

Maribor hosted a presentation of Jelenkor, a legendary literary newspaper from Pécs (ECoC 2010). A selection of Slovene poetry and prose edited by Robert Titan Felix was published in the December Jelenkor issue.

The Art Stays, International Festival of Contemporary Art 2012 in Ptuj also features a workshop by Laszlo Revesz, Hungarian artist and professor at the Budapest Academy of Fine Arts, who presents his work next to Eike Berg, 2011 finalist of the Nam June Paik Award. 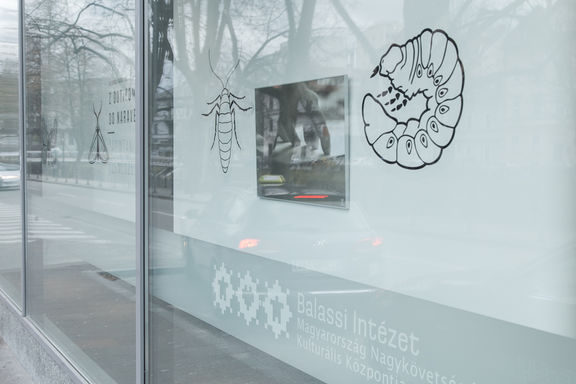 Exterior of the Balassi Institute Ljubljana Cultural Center of the Embassy of the Republic of Hungary in Slovenia that opened its doors in January 2016. 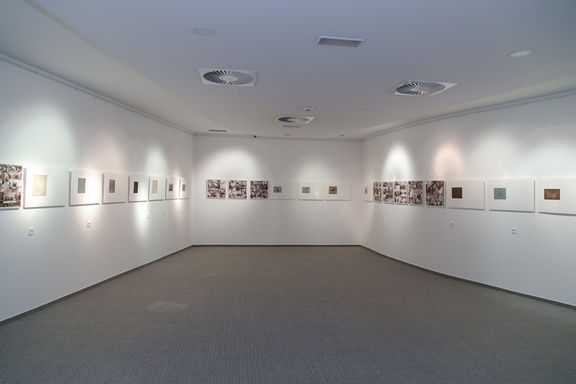 The exhibition space of the Balassi Institute Ljubljana run by the Embassy of the Republic of Hungary in Slovenia opened in 2016. Touching the Nature, the Kaverljag Workshop exhibition in March 2017. 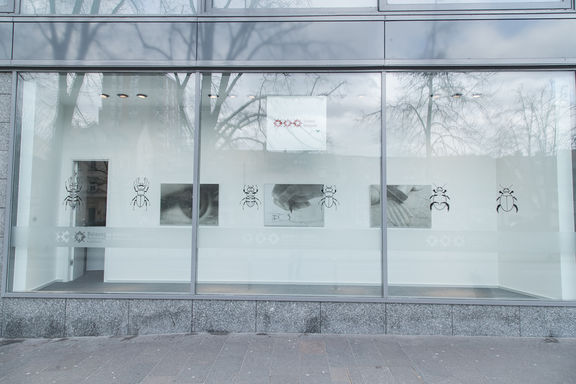