FV Music Festival is one of the few festivals that still persists and brings non-commercial rock'n'roll acts to Slovene stages. First held in 2000, it evolved out of various musical activities that were going on under the wing of the record label, musical promoter and concert organiser FV Music. The collective working under that name had been hosting concerts by international and local (Yugoslavian) musicians since the mid-1980s, and the decision for preparing a festival was born out of a void that surrounded the staging of quality underground rock.

In terms of space, the festival is a nomad and till now has been held at Gala hala, KUD France Prešeren, Orto bar, Cvetličarna Mediapark, Klub Menza pri koritu and Kino Šiška Centre for Urban Culture. Usually lasting only one evening, in 2011 it was prolonged by a day. 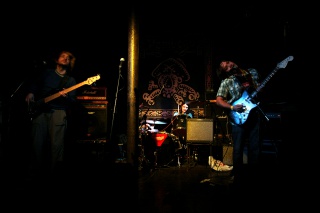 The musicians that make up the festival's line-up are neither narrowly or randomly chosen. Their commercial success being an ephemeral factor, much more consideration is given to their stage performance and musical inventiveness inside the genre. The presented music ranges from blues and garage rock to punk, and besides locals like Dandelion Children, Thunderbabies, Res Nullius, Dežurni krivci, Crazed Farmers and Muškat Hamburg, a big part of the programme is made up of renowned foreign guests like Blood On the Saddle, The Meteors, The Spoons, Texas Terri Bomb, The Fuzztones, Jim Jones Revue, Cosmic Psychos, Heavy Trash (Jon Spencer, Matt Verta Ray…), Guitar Wolf, The Flaming Sideburns, The Bambi Molesters, Nomads, Mojomatics, Boss Martians, Electric Frankenstein, Dollhouse…