The Municipality of Škofja Loka covers a total area of 145 square kilometres and has a population of 21,822 people (2002) living in 62 settlements. The city is twinned with Maasmechelen in Belgium, Medicina and Sovodnje na Soci in Italy, Smederevska Palanka in Serbia, and Saelle in Austria. Škofja Loka is a member of the Slovene Association of Historic Towns.

Funding and organisation of culture

The local branches of the Union of Cultural Societies of Slovenia (ZKDS) and the Public Fund for Cultural Activities of the Republic of Slovenia (JSKD) facilitate the activities of local cultural organisations and act as mediators in regard to state and municipal funding. The Social Activities Department of the Municipality of Škofja Loka is in charge of social and health issues, education and culture. The local tourist organisation assists with cultural information.

Škofja Loka has been an acitive player in an international project called The Path of Venus, which re-enacts the events described in the 13th-century poem of the same name, written by Styrian knight Ulrich von Liechtenstein. The poem tells the story of von Liechtenstein's travels, dressed as the goddess Venus, through 52 towns in Central Europe, fighting in tournaments all along the way. Today, towns in Austria, the Czech Republic, Italy and Slovenia are all involved. Von Liechtenstein travelled through six towns in what is now Slovenia: Brestanica, Štanjel, Postojna, Ljubljana, Kamnik and Škofja Loka.

Special attention is given to medieval culture also in the field of dance and music: the Škofja Loka Pavana Dance Group revives medieval dances while Camerata Carniola performs medieval music. 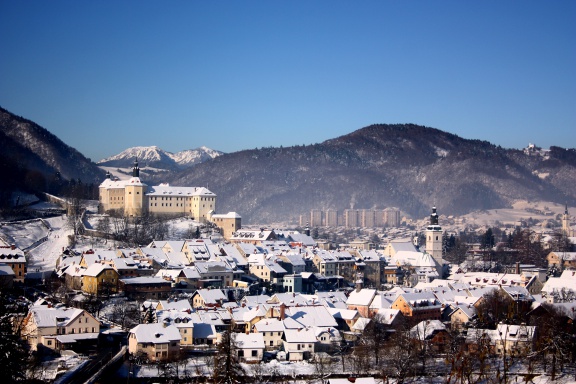