The History and Development of the Museum Sector

Currently there are almost 60 museums registered at the Ministry of Culture and 15 more form the membership of at the Association of Slovene Museums, the main representative organisation in Slovenia. This propulsive cultural sector has its origins in the 17th century. 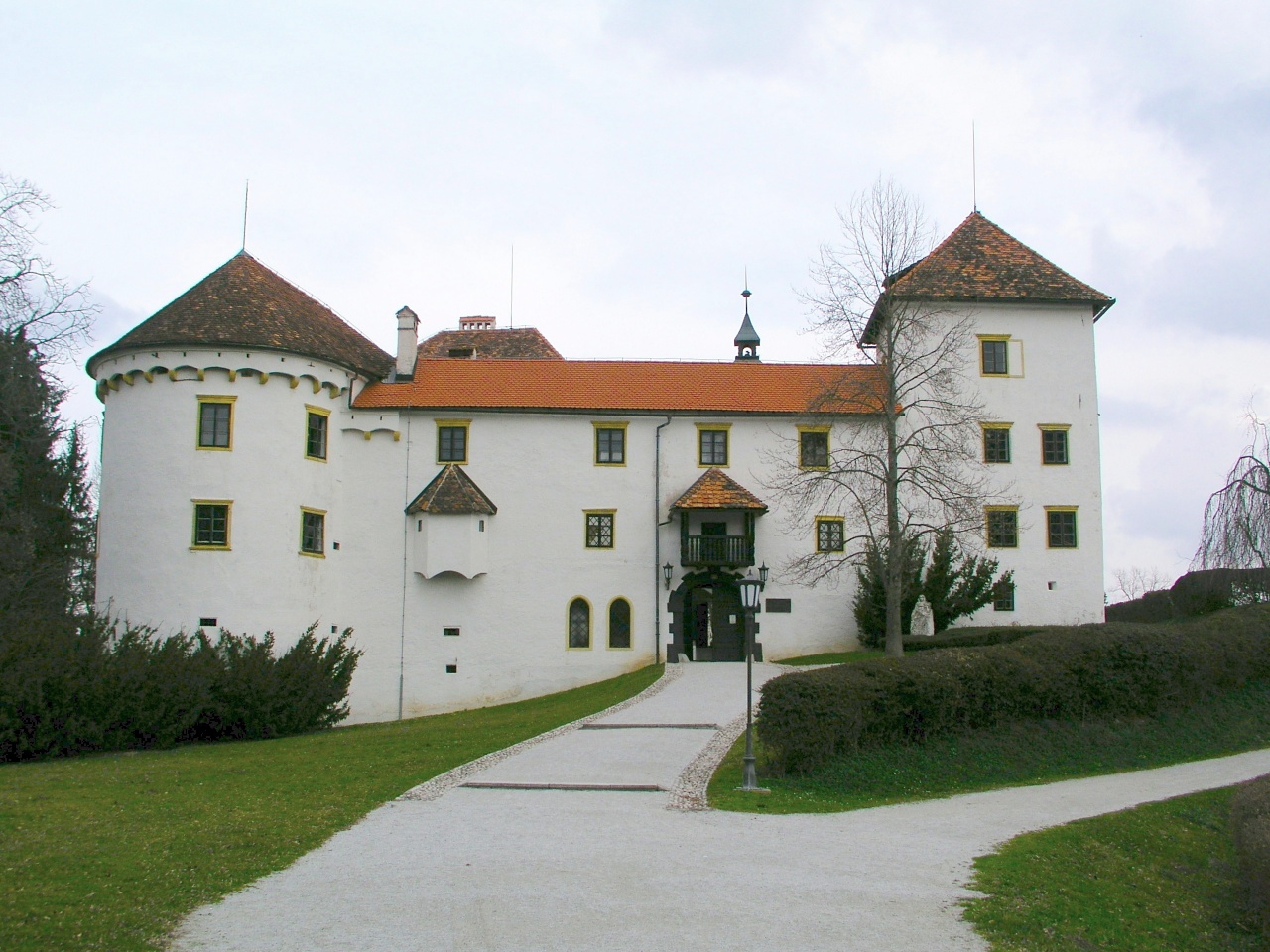 As elsewhere in Europe, the history of museums in Slovenia is connected with the private collections of individual enthusiasts and their attitude towards the preservation of the past. The founder of Slovene museology is said to be Baron Janez Vajkard Valvasor (1641–1693). A polymath or, more precisely, an historian, geographer, ethnographer, cartographer, naturalist, and technician, whose private collection included books, graphic art works, antiques, coins, and medals, Valvasor became a member of the Royal Society in London in 1687. 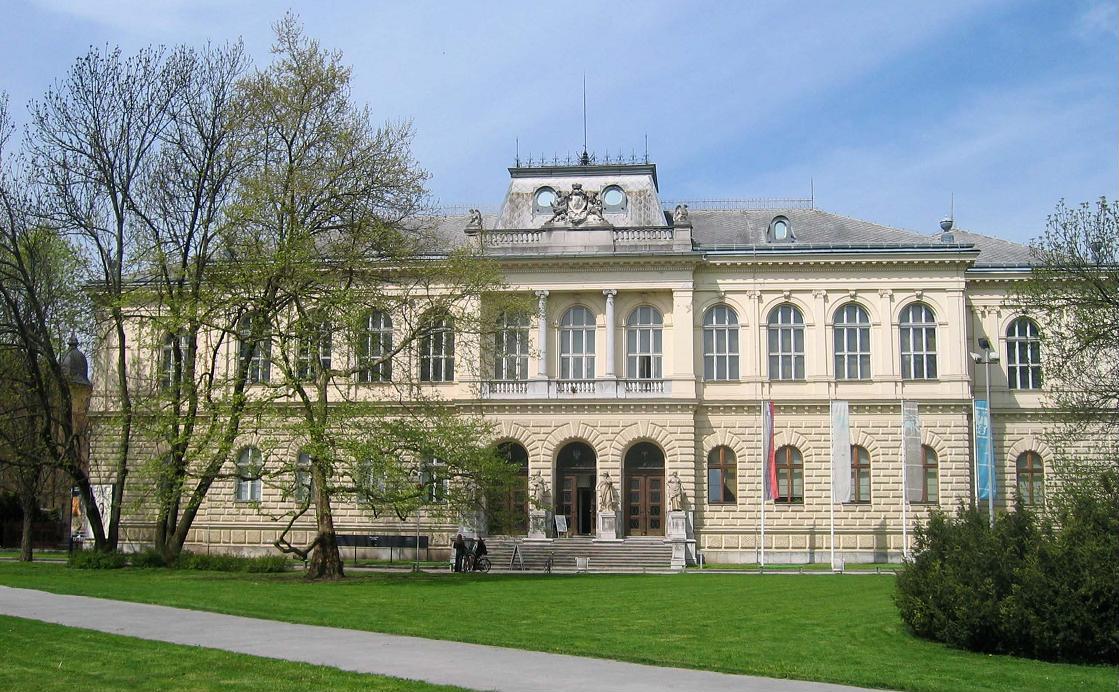 In 1821 the Carniolan Provincial Museum was established in Ljubljana, its first collections mostly related to natural science (for example, Baron Žiga Zois's collection of minerals). The first permanent museum collection moved in 1888 to a building designed specially for the purpose of storing and exhibiting objects of historical, scientific, or cultural interest. In 1898 the first specialised museum institution, the Slovene School Museum, was founded in Ljubljana. During this period new museums also began to appear in other towns throughout Slovenia such as Celje (1882), Ptuj (1883), Kamnik (1883), Maribor (1903), and Koper (1911). 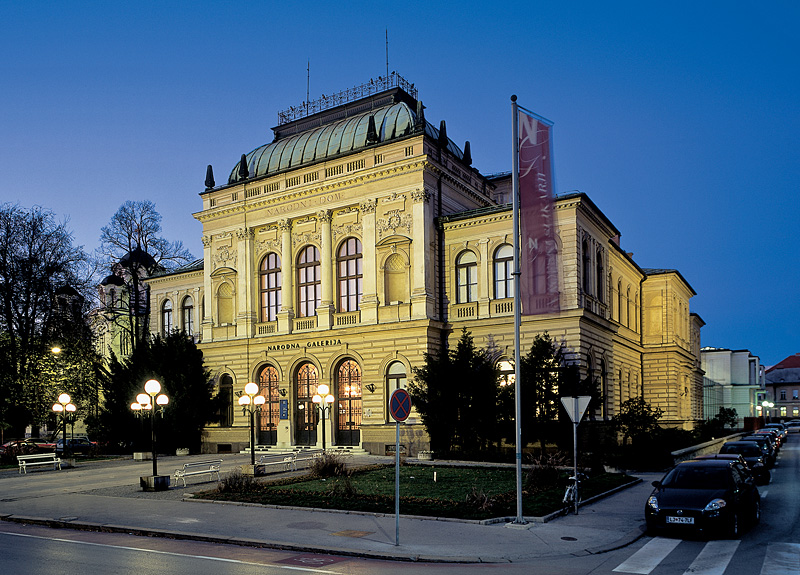 National Gallery of Slovenia is housed in a historical building (Narodni dom built at the end of 19th Century) which was later on renovated and enlarged. Ljubljana, 2006.

The most important museological event between the two world wars was the establishment of the National Gallery of Slovenia, the institution that the famous Slovene painter Rihard Jakopič had unsuccessfully attempted to found decades earlier. During the inter-war period the Carniolan Provincial Museum was renamed as the National Museum, and in 1923 its ethnographic collections were given a separate home in the Royal Ethnographic Museum, forerunner of today's Slovene Ethnographic Museum. The establishment of the City Museum of Ljubljana and the Museum of Škofja Loka also date from this period. 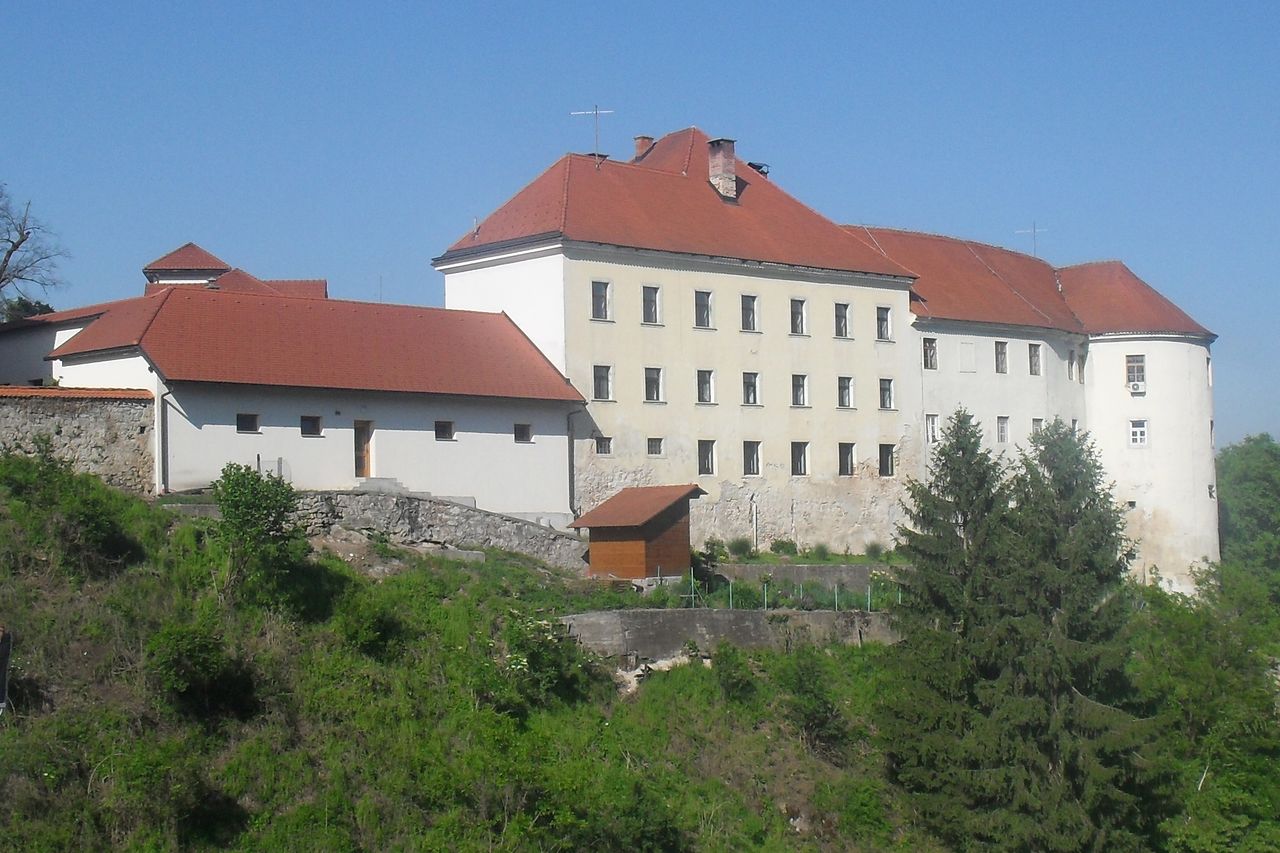 The Metlika Commandery, a one-time residence of the knights of the Teutonic Order, now an old people's home. It was built in the early 14th century.

After World War II and the founding of the Republic of Slovenia, museum activities underwent a period of major development. Covering the whole Slovene area from the outset, the Slovenian Museum of Natural History was established in 1944 on the basis of the National Museum's natural history collections. It was followed in 1948 by the establishment of the Moderna galerija, with its focus on modern art. The Technical Museum of Slovenia was set up in 1951 and opened to the public two years later. The subsequent increase in activity concerning the protection of technical heritage led to the foundation of further technical collections in Kropa, Železniki, Ravne, and Idrija, where new museums were set up. Some specialised museums were also founded during this time, notably the Museum of Film and Theatre Arts, the Sergej Mašera Maritime Museum in Piran and a range of regional museums, including the Dolenjska Museum Novo mesto, the Murska Sobota Regional Museum, the Nova Gorica Museum, and the Bela krajina Museum in Metlika. Numerous museums dedicated to World War II and the struggle for national liberation also originated in this period. After Slovenia separated from Yugoslavia in 1991 to become an independent state, however, these museums changed their focus to presenting contemporary Slovene history. 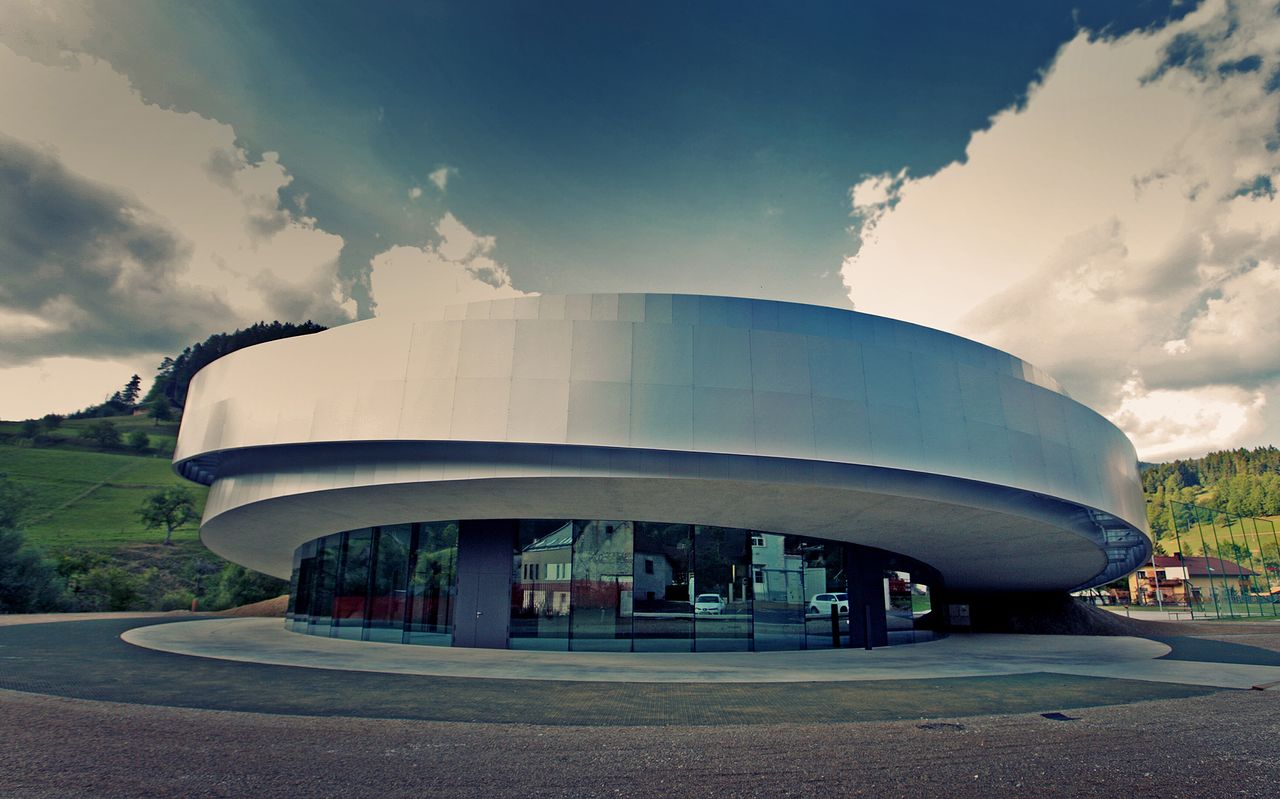 The Cultural Centre of European Space Technologies (KSEVT) was founded by Miha Turšič, Dragan Živadinov (Delak Institute), Municipality of Vitanje, Delak Institute and Planit Institute. A space for the synthesis of art and science focused on the post-gravity art was opened in Vitanje in 2012.

Today the museum sector has once again been undergoing institutional reorganisations and reforms by local and national governments (for example, the Slovenian Theatre Institute, the Museum and Galleries of Ljubljana, the Museum of Architecture and Design, the Koroška Regional Museum, the Eco-Museum of Hop-Growing and Brewing Industry in Slovenia). In addition several new museums have been established by local communities (such as the Museum of the Forestry and Timber Industry, the Cultural Centre of European Space Technologies (KSEVT), the Slovenian Alpine Museum, the Computer Museum, the Ljutomer Trotter Museum). 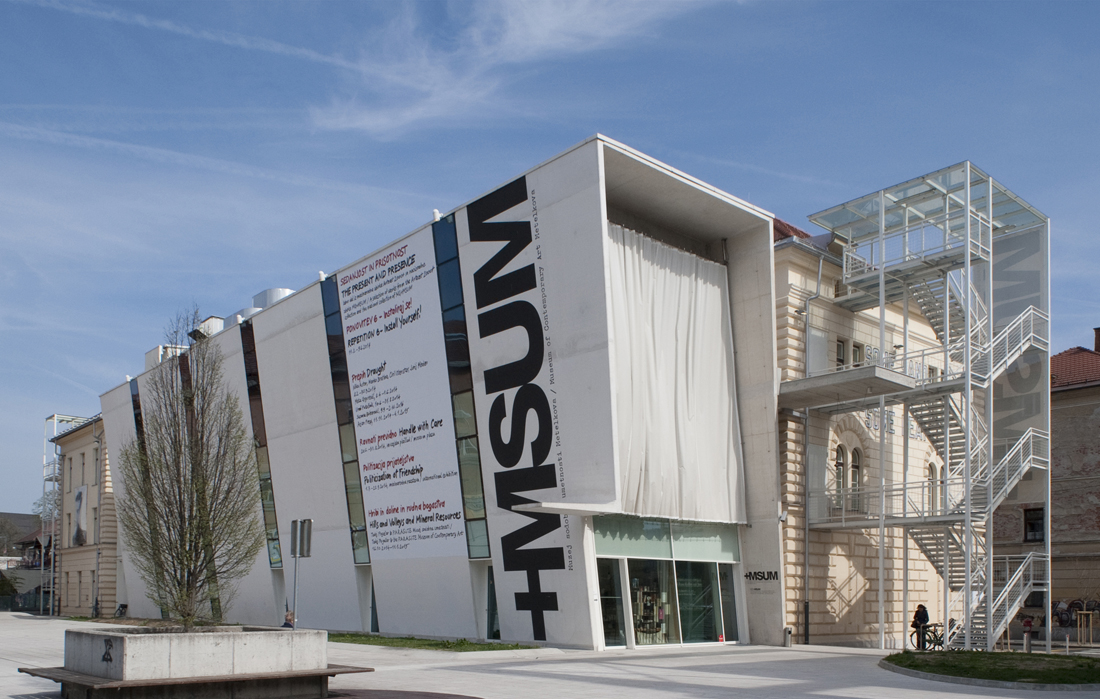 In 2011 Moderna galerija (MG) expanded its activities by opening a new Museum of Contemporary Art Metelkova (MSUM) in the renovated building of the former military barracks complex on Metelkova Street – a complex which has grown into a new museum quarter in Ljubljana, encompassing also the Slovene Ethnographic Museum and the National Museum of Slovenia - Metelkova. 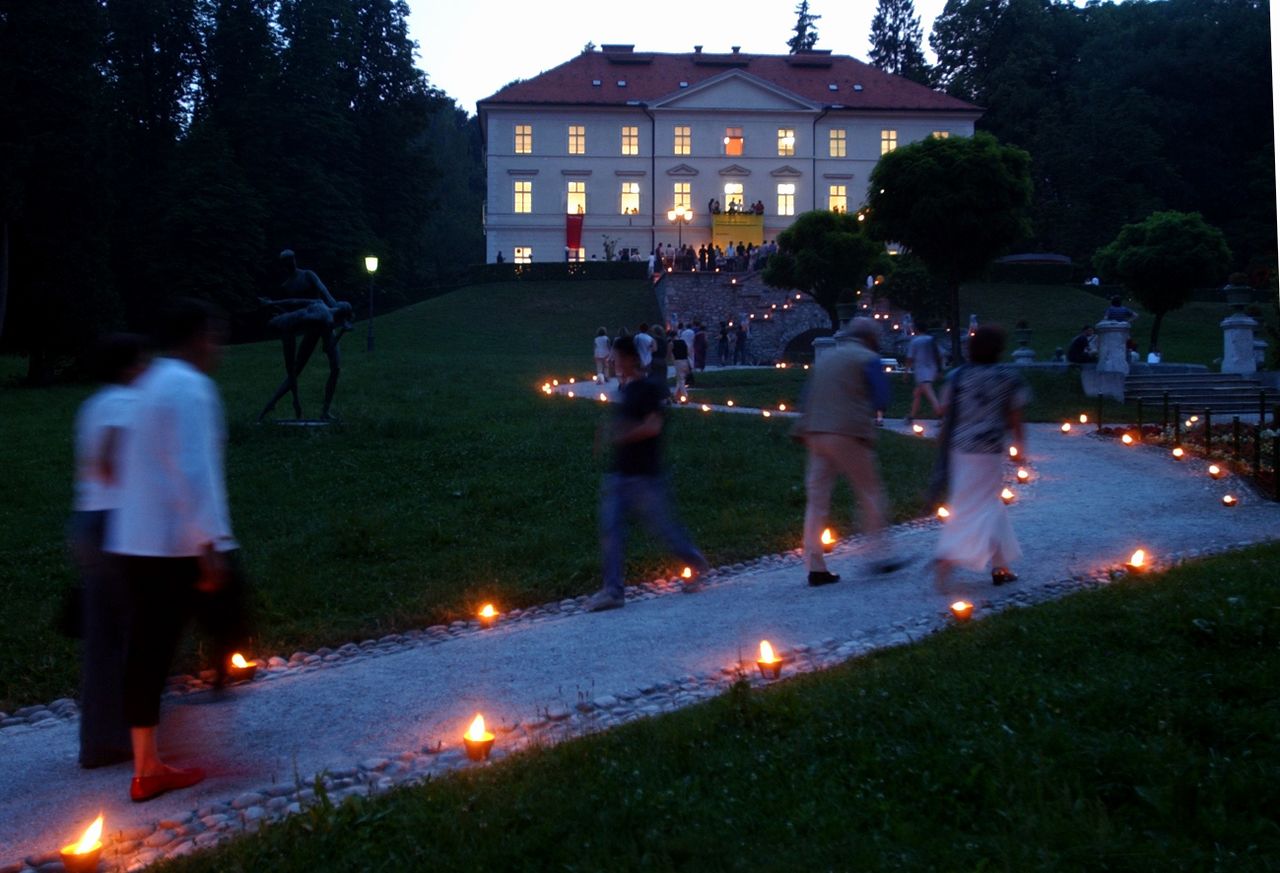 Museums on a Summer Night at the International Centre of Graphic Arts (MGLC), In 1987, MGLC moved to the renovated Tivoli Mansion positioned majestically at the end of the Plečnik "promenade" in Ljubljana's Tivoli Park.

Nowadays, the museums in Slovenia focus on audience development with strong educational programmes. The free museum events on the occasion of the traditional national cultural celebrations (3 December, 8 February) have become very popular. The annual Museum Summer Night (the third Saturday in June), coordinated by the Association of Slovene Museums, kicked off in 2003 at the initiative of International Centre of Graphic Arts and has successfully promoted museums as spaces for creative use of free time.